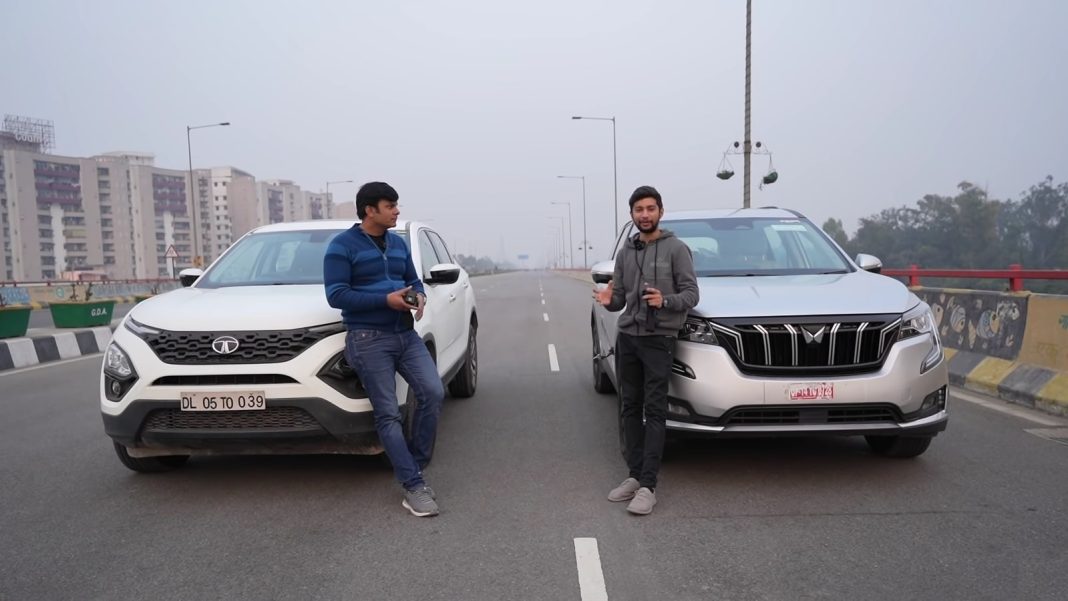 Mahindra XUV700 was launched in India this year in September, and its popularity has been growing by leaps and bounds. The SUV is available in 5-seat and 7-seat configurations, with a choice between diesel and petrol engines. Two of its biggest competitors are Tata Safari and Harrier, which are also fairly popular in the Indian market.

The first round of the race saw the XUV700 take the lead, especially after 80 kmph. In all subsequent rounds, the results remain the same. The Mahindra SUV is the more powerful one between these two, on paper and in the real world. Even when the drivers switch cars, the XUV700 still remains the winner.

Tata Harrier has just one diesel engine on offer – a 2.0L turbo-diesel unit, which generates 170 PS and 350 Nm. It can be had with either a 6-speed manual gearbox or a 6-speed torque-converter automatic transmission, both of which send power to the front wheels. In comparison, the XUV700 is more powerful.

The Mahindra generates 200 PS and 380 Nm from its 2.0L turbo-petrol mill, while the diesel motor is tuned differently on different variants – MX trim (155 PS/360 Nm), AX manual trims (185 PS/420 Nm), AX automatic trims (185 PS/450 Nm). Transmission choices include a 6-speed MT and a 6-speed AT, paired with a front-wheel-drive system as standard, although the top-spec diesel variants get an all-wheel-drive option. 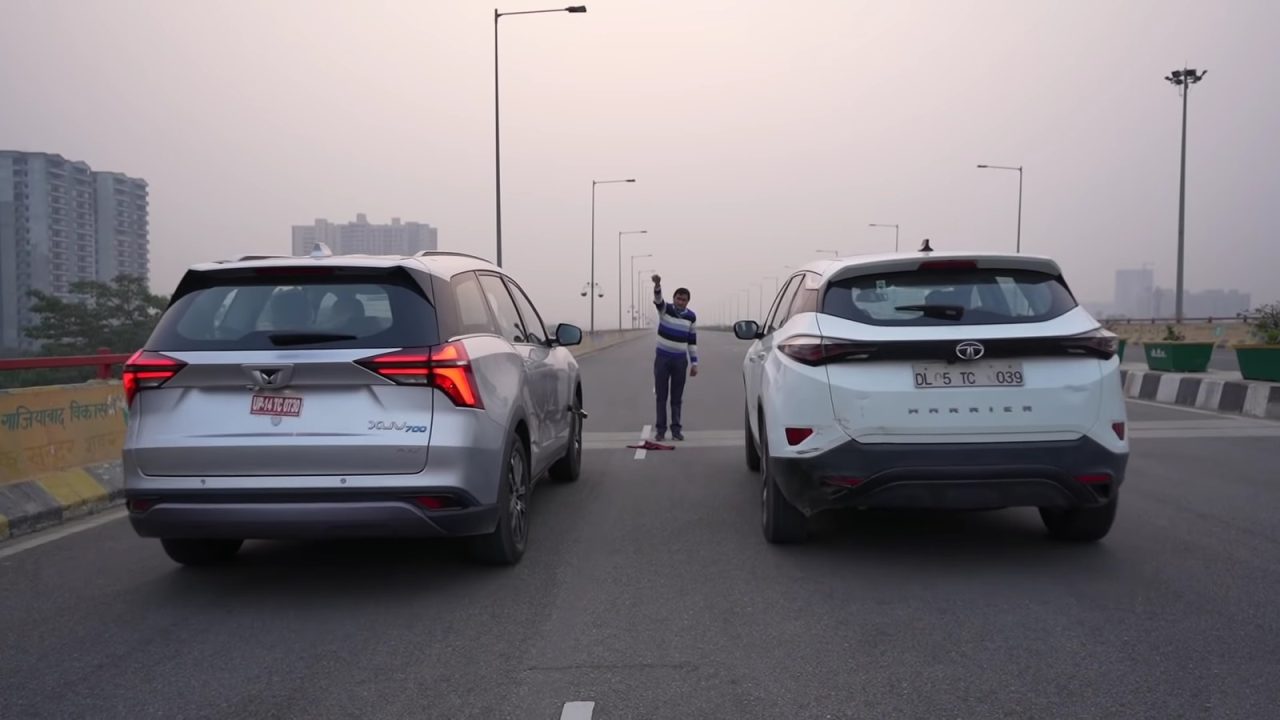