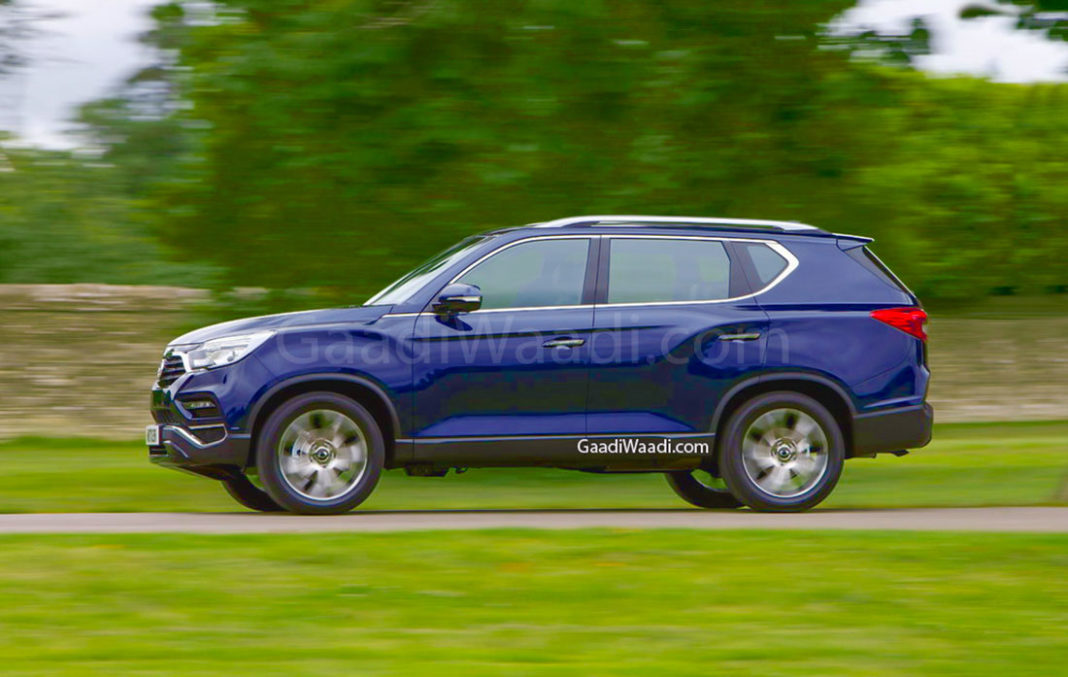 Mahindra confirmed that they are going to introduce three new models in the second half of 2018 as the first Marazzo MPV has reached the market and next in line is the XUV700 followed by S201 by the end of this year. The XUV700 is codenamed as Y400 and it will be launched later this month in India.

The flagship SUV is basically the new generation of SsangYong Rexton, but it will be sold as the flagship model of Mahindra as the previous generation model with SsangYong badge failed to ignite the market. The upcoming SUV was first showcased as a concept at the 2018 Auto Expo and the production model has been spotted again on public roads.

According to earlier reports, SsangYong has already commenced shipping of CKD packs of new Rexton to India and production might have begun. We can expect the first batch to reach dealerships before launch and Mahindra has made some styling tweaks for the India-spec model.

The front gets new chrome finished grille to make it inline with other Mahindra products. The design certainly gives muscular look for the SUV along with chrome lining on the window gives a premium look. The dimensions are expected to continue as the International model and the XUV700 is offered with 7 seats. 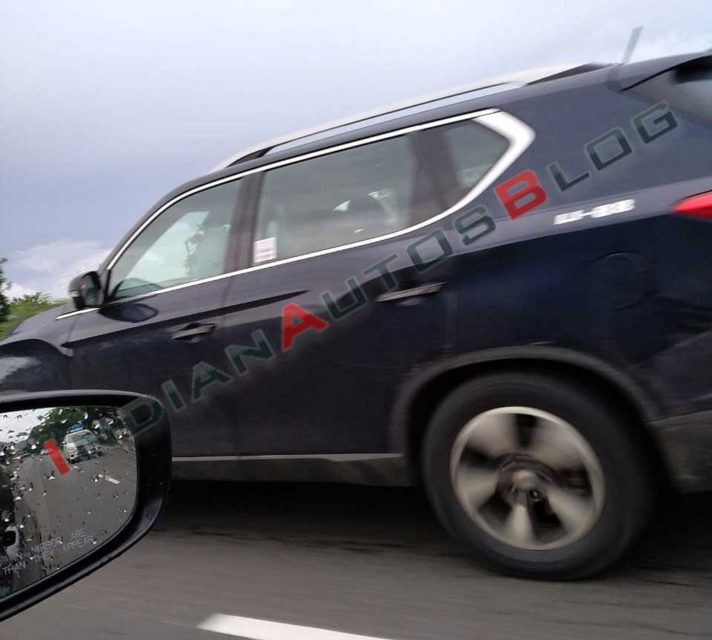 The flagship SUV from Mahindra is packed with features like 9.2-inch touchscreen infotainment system with Android Auto, climate control, leather seats, cruise control, electronically operated tailgate, reverse camera with parking sensors and more. The quality of materials used inside the cabin will be much better than current Mahindra products.

The company is also focusing on safety and the SUV might come with 6 or 7 airbags with ABS, EBD, stability control, traction control and more. The XUV700 will be powered by a 2.2 L turbocharged diesel engine with 187 PS and 420 Nm. 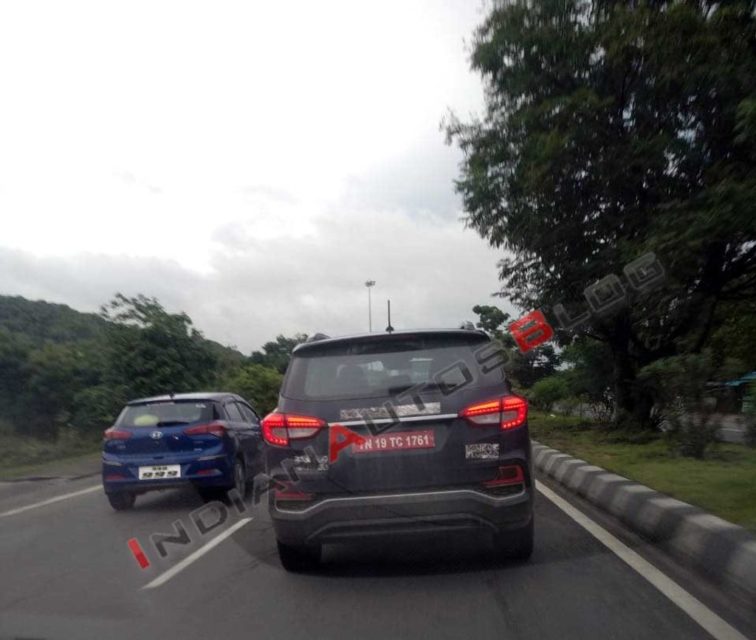 This engine is mated to a 6-speed manual and 7-speed automatic gearbox with the optional four-wheel drive system.