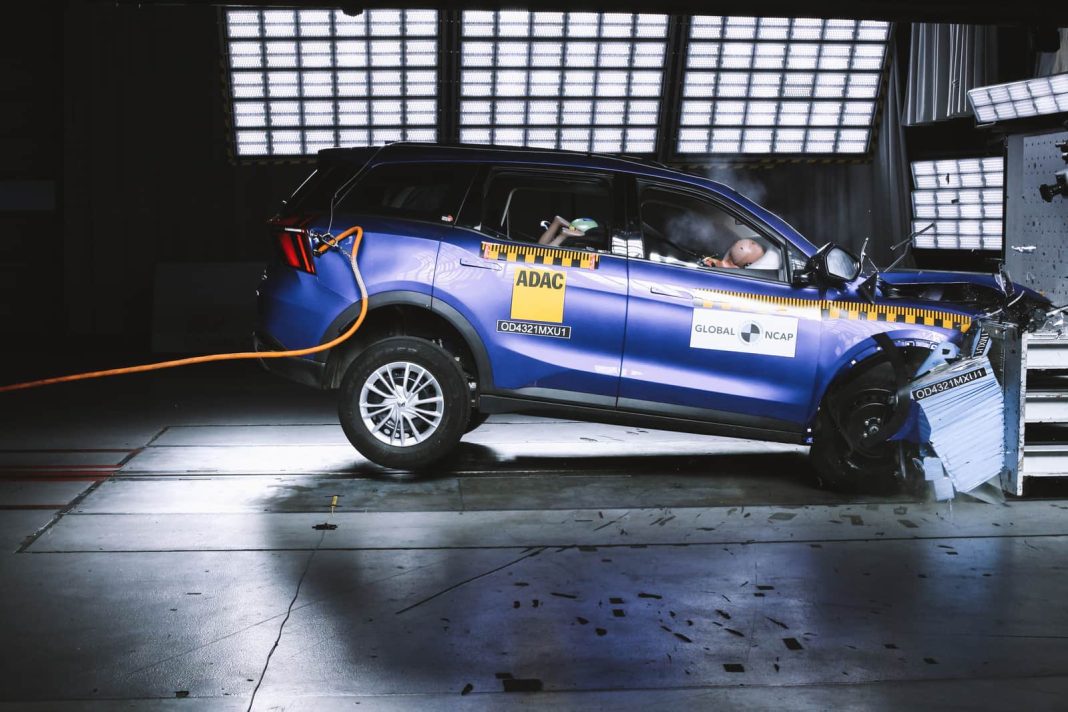 Mahindra & Mahindra has been a huge draw in the domestic market ever since it went on sale by the end of September 2021 and the bookings have already gotten past the 65,000 mark. Yesterday, Global NCAP released the crash test assessment score for the midsize SUV and to no one’s surprise, it was awarded the full five stars like the models like XUV300, Thar and Marazzo are also high on safety.

The XUV700 achieved five stars with flying colours as it was judged to full five stars in adult occupant and a highly appreciable four stars in child occupant categories in the latest round of #SaferCarsForIndia crash tests. This makes the midsize SUV the safest car in the market and more so, the feat was achieved with the base model itself emphasising its build quality.

The crash test prototype was fitted with dual front airbags, anti-lock brakes and ISOFIX anchorages. GNCAP suggested that the Mahindra XUV700’s safety standards will be further improved if the optional features like side airbags, side head curtain airbags, ESC and three-point seatbelts in all seating positions are made standard.

Alejandro Furas, Secretary General of Global NCAP appreciated Mahindra’s efforts in offering Autonomous Emergency Braking (AEB) as it enables a significant step in “encouraging the widespread fitment of crash avoidance technologies” in India. In the adult occupant tests, the protection offered to the driver and passenger’s head, neck and chest was found to be good along with good knee protection.

In addition, the driver and passenger tibias showed adequate protection while the bodyshell and footwell area was rated as stable as they were capable of withstanding further loadings. The XUV700 provides Seatbelt Reminders (SBR) for the driver and the passenger as standard as well.

Global NCAP organisation conducted the child occupant protection tests in a way that the child seats for the 3-year-old and 1.5-year old were installed rearward facing with ISOFIX anchorages and support leg. Both prevented head exposure during the impact and the Child Restraint System (CRS) marking was ok as well. Moreover, the recommended CRSs did not show incompatibility as the evaluations led to a four-star rating.