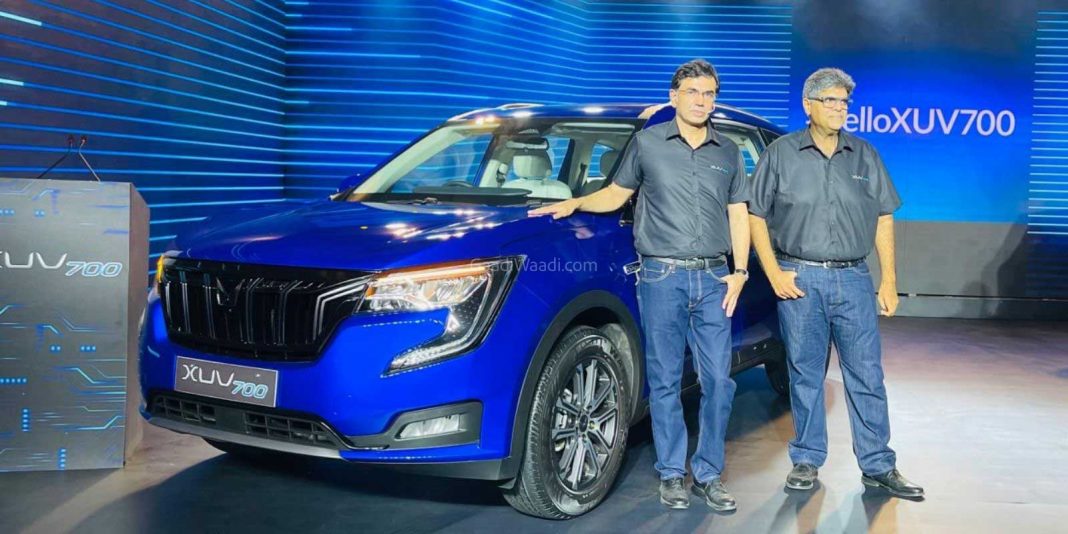 Mahindra & Mahindra has today hosted the global premiere of the long-awaited XUV700 and along with it, the prices have also been announced – Rs. 11.99 lakh for the base MX petrol, Rs. 12.49 lakh for MX diesel, Rs. 13.99 lakh for AX3 petrol and Rs. 14.99 lakh for AX5 petrol (all prices, ex-showroom India). The XUV700 nameplate has been in the headlines for a long period and it harbingers a range of SUVs from the homegrown UV specialist in the future. To reiterate its commitment to manufacturing premium SUVs, the XUV700 comes with a resume of impressive first-in-class features.

The XUV700 sets up a whole new direction for the Chennai-based brand in various departments including design, interior, performance and technological bits. It is the first brand to adorn the new Twin Peaks Mahindra logo and features vertical chrome slats with large headlamp cluster and C-shaped LED Daytime Running Lights that flows into the prominent bumper section.

The fog lamps are placed in the lower part of the bumper while the wider central air intake should not be left unnoticed. The raked C-pillar derives inspiration from the XUV500 as the noticeable kink, a large greenhouse and twin-spoke two-tone alloy wheels add to the masculine character. At the back, the sleek wraparound LED tail lamps, skid plate, sculpted tailgate, and high-mounted stop lamp are available.

On the inside, the XUV700 comes with a dual-screen layout powered by the new Adrenox tech with Alexa-based voice commands. The cabin is dominated by the beige and black theme across the dash, door pads and leatherette seats with perforations on the front seats for ventilation. The central AC vents are positioned below the 10.25-inch touchscreen infotainment system with chrome bordering and they are operated via rotary buttons. 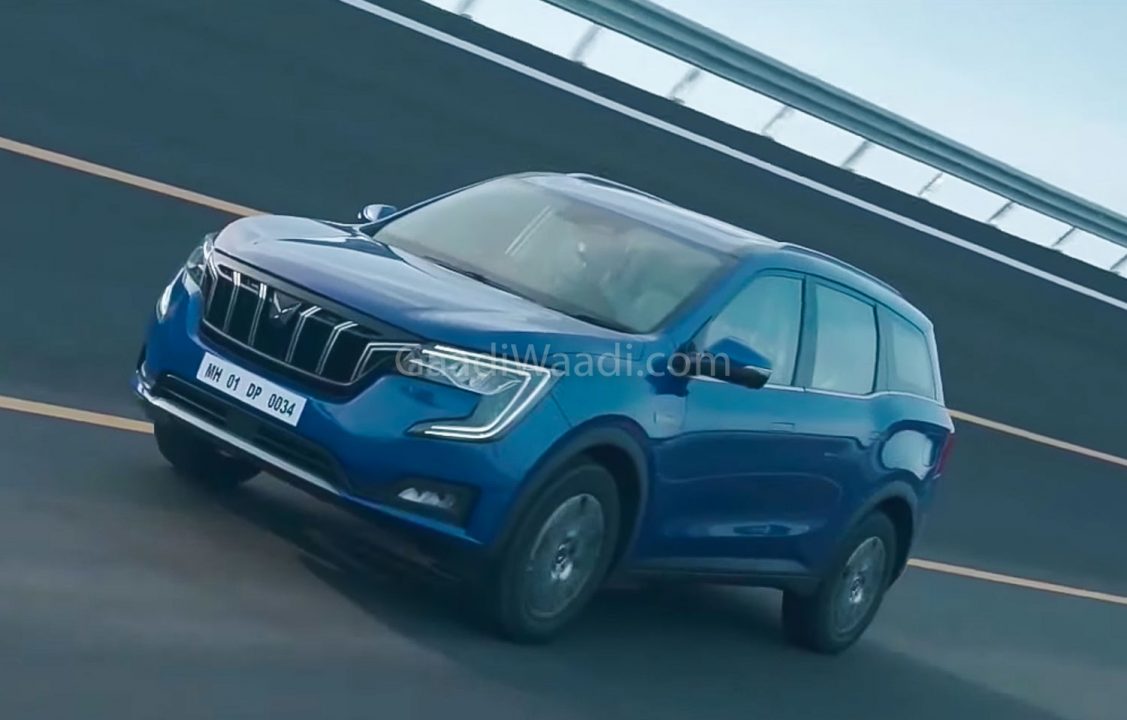 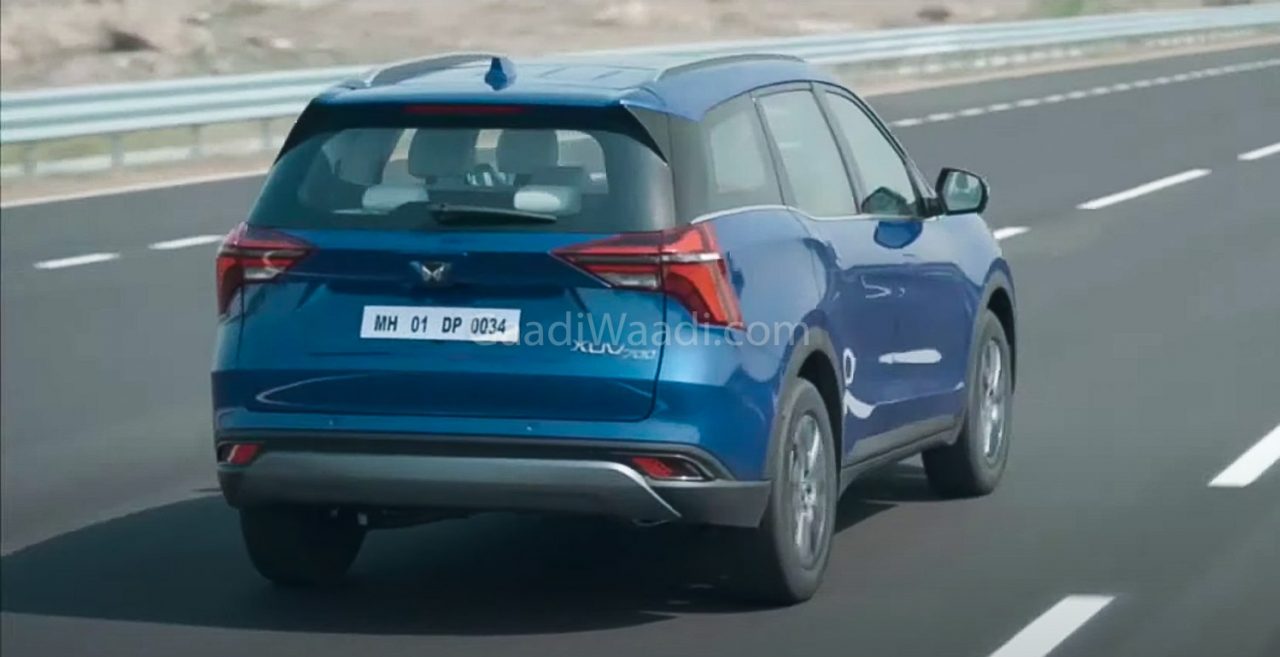 The XUV700 is undoubtedly the most technologically advanced Mahindra SUV ever with a raft of safety and assistive features including EPB (Electronic Parking Brake) with auto-hold function. The three-row SUV will compare against Hyundai Alcazar, Tata Safari, MG Hector Plus, Jeep Compass, Hyundai Tucson and others in the hotly contested segment.

As for the performance, the Mahindra XUV700 will be retailed with a 2.2-litre four-cylinder mHawk turbo diesel and a new 2.0-litre four-cylinder mStallion turbo petrol engine. The former delivers 185 PS maximum power and 420 Nm in MT (450 Nm in AT) and the latter produces 200 PS and 380 Nm – both are class-leading performance numbers. 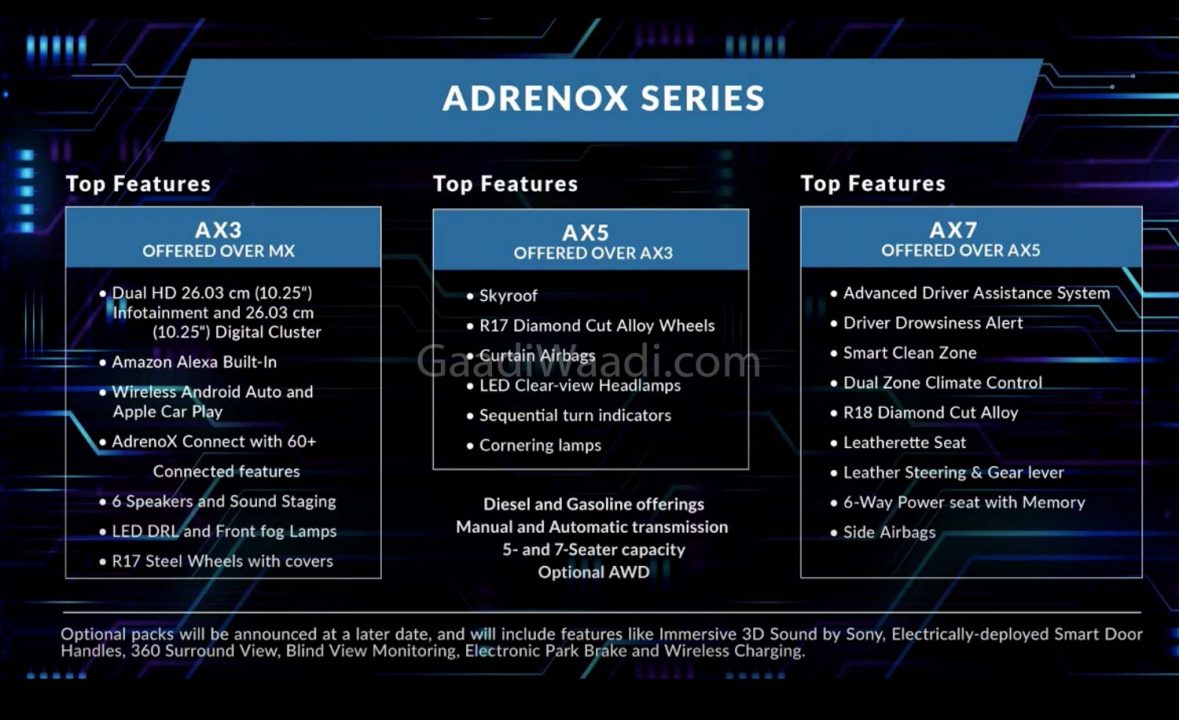 Both are paired with a six-speed manual transmission as standard while a six-speed automatic unit will be offered as an option with the top-spec variants having an all-wheel-drive config. The XUV700 will be sold in MX and AdrenoX series with MX, AX3, AX5 and AX7 trims providing five- and seven-seater capacity. In the MX, the turbo-diesel kicks out 155 PS and 360 Nm while the petrol engine’s performance remains. The Advanced Driver Assistance Systems (ADAS) enable features like adaptive cruise control and driver drowsiness system.