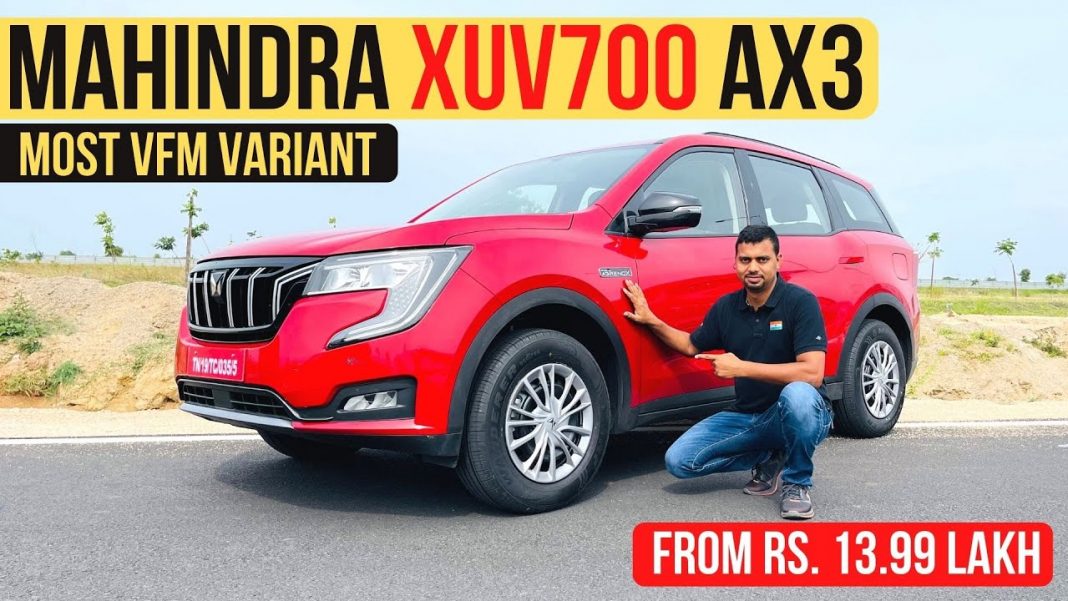 Just a few days ago, Mahindra & Mahindra announced the prices of the XUV700 and unveiled the highly promising SUV. To everyone’s surprise, the prices are right in the realms of the entry-level/mid-spec variants of the mid-size SUVs and to offer an expansive range, Mahindra will sell the XUV700 as a five- and seven-seater.

The Mahindra XUV700 is competitively priced between Rs. 11.99 lakh and Rs. 14.99 lakh (ex-showroom, pan India) for the five-seater variant and is offered in MX, AX3 and AX5 trims. The price of the AX3 petrol stands at Rs. 13.99 lakh and it comes with a number of feature additions over the base MX model to justify the Rs. 2 lakh price difference.

The Mahindra XUV700 AX3 variant is equipped with a 10.25-inch touchscreen infotainment system positioned horizontally and it enables wireless Apple CarPlay and Android Auto connectivity as opposed to the eight-inch touchscreen in the entry-level variant. It also offers built-in Amazon Alexa support along with AdrenoX Connect compatibility.

It makes way for more than 60 connectivity based features while a six-speaker audio system is also available. On the outside, the AX3 petrol trim comes with 17-inch rims with wheel caps, LED Daytime Running Lights and fog lamps. Other highlights are smart door handles, day-night Inside Rear View Mirror, and a multi-functional steering wheel with mounted controls.

It develops a maximum power output of 200 PS and 380 Nm of peak torque. The Mahindra XUV700 range also has a 2.2-litre mHawk diesel unit kicking out 185 PS and 450 Nm (420 Nm in MT). The same powertrain makes 155 PS and 360 Nm in the base MX trim. Both the engines are paired with a six-speed manual transmission as standard while a six-speed torque converter AT is an option.