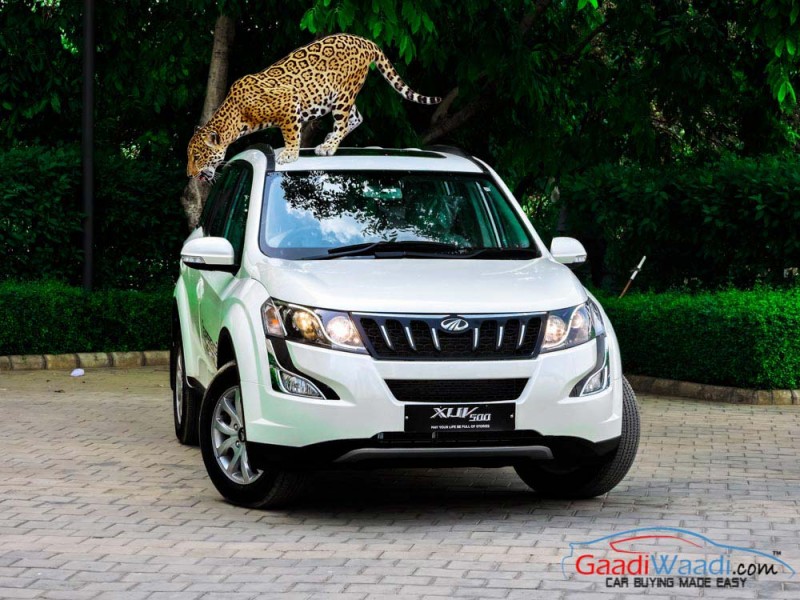 Mahindra XUV500 celebrates fifth anniversary as the flagship SUV from the home-grown automaker has sold more than 1.7 lakh units in India

Mahindra XUV500 is the flagship SUV from the Indian auto manufacturer and the tough looking car is celebrating is fifth anniversary. Launched in September 2011, the rugged and tough looking SUV has sold more than 1.7 lakh units in India. Mahindra also exports this car to several overseas markets as well. Mahindra XUV500 is not only popular in Indian domestic market only. But also, this car has seen success in overseas markets like South Africa, Australia, Europe, Chile, Peru, Paraguay and Sri Lanka. In Indian market the car is priced between Rs. 12.39 lakhs and Rs. 18.66 lakhs. Since its launch, the car has won several awards also apart from earning popularity from customers. Interior of Mahindra XUV500 is also quite interesting and attractive with its features. The car features multifunction steering wheel, dual-pod instrument cluster with a digital MID, a waterfall designed centre console with touchscreen infotainment system. In terms of space and comfort also, the seven-seater SUV appears pretty impressive.

The Mahindra XUV500 was initially launched with a single engine option and three variants only, while now it is available in 17 different variants and two diesel engine options as well which are 2.2-litre mHawk diesel and a 1.99-litre unit also. Transmission options for this car include a 6-speed manual and a 6-speed automatic gearbox.