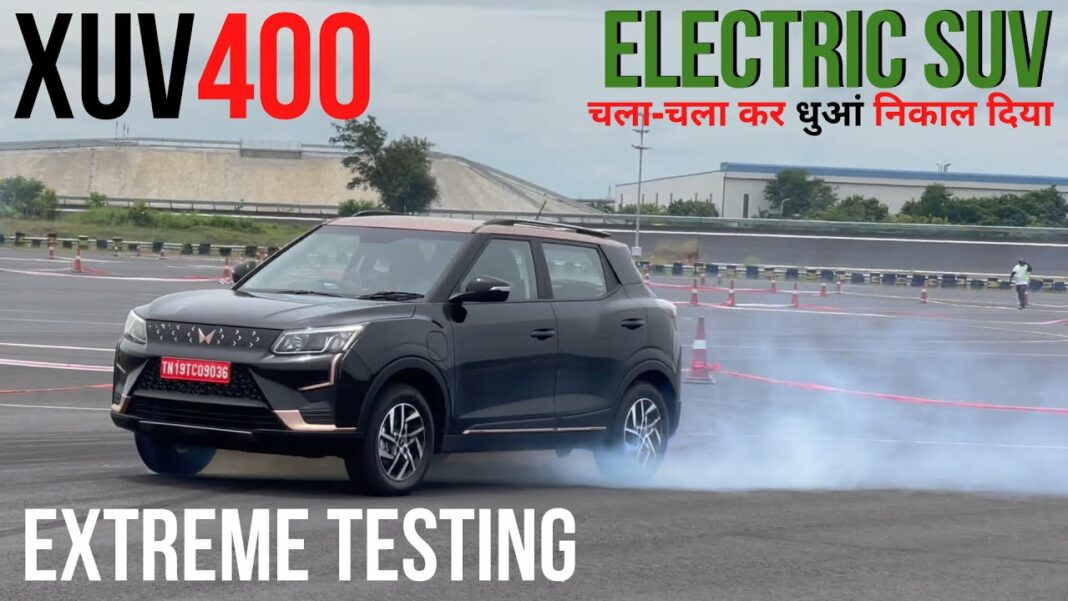 Mahindra unveiled the electrified XUV400 a few days ago and its prices will be announced in January 2023. The deliveries of the XUV400 will commence in the same month while test drives will begin towards the end of this calendar year. The five-seater SUV is part of a huge product assault planned by the brand in the coming years.

The Mahindra XUV400 is based on the ICE XUV300 as the same SsangYong Tivoli’s X100 platform is utilised but it has larger proportions. It is longer than the XUV300 with an overall length of 4,200 mm while the wheelbase remains the same at 2,600 mm. The increase in length led to Mahindra increasing the bootspace of the XUV400 to 378 litres.

The zero-emission SUV is equipped with a 39.4 kWh battery pack with NMC chemistry and the electric motor capable of 150 hp and 310 Nm drives only the front axle. In our detailed drive review, we have explained about the performance of the XUV400 along with a series of tests and really put it to the limits to see if it’s the fastest electric SUV made by an Indian brand.

The XUV400 has a claimed zero to 100 kmph time of 8.3 seconds and it has a top speed of 150 kmph. It will be available in a total of five colour options with each of them getting copper coloured roof and copper accents to signify its electric nature. The XUV400 has a claimed driving range of 456 km on a single charge in the MIDC cycle.

It enables 50 kW DC fast charging which helps in replenishing back to 80 per cent from zero in 50 minutes. The standard wallbox 7.2 kW charger takes six and a half hours to do zero to 100 per cent while the regular domestic 3.3 kW socket does it in 13 hours. The exterior boasts a redesigned front fascia, a new tailgate and new 16-inch alloy wheels compared to the XUV300.

The interior has several similarities with the XUV300 as the same seven-inch touchscreen infotainment system has been carried over with over 60 connected features. It also comes with three drive modes (Fun, Fast and Fearless), a sunroof, copper accents, an analogue cluster with a digital MID, an all-new drive selector, one pedal tech and so on.