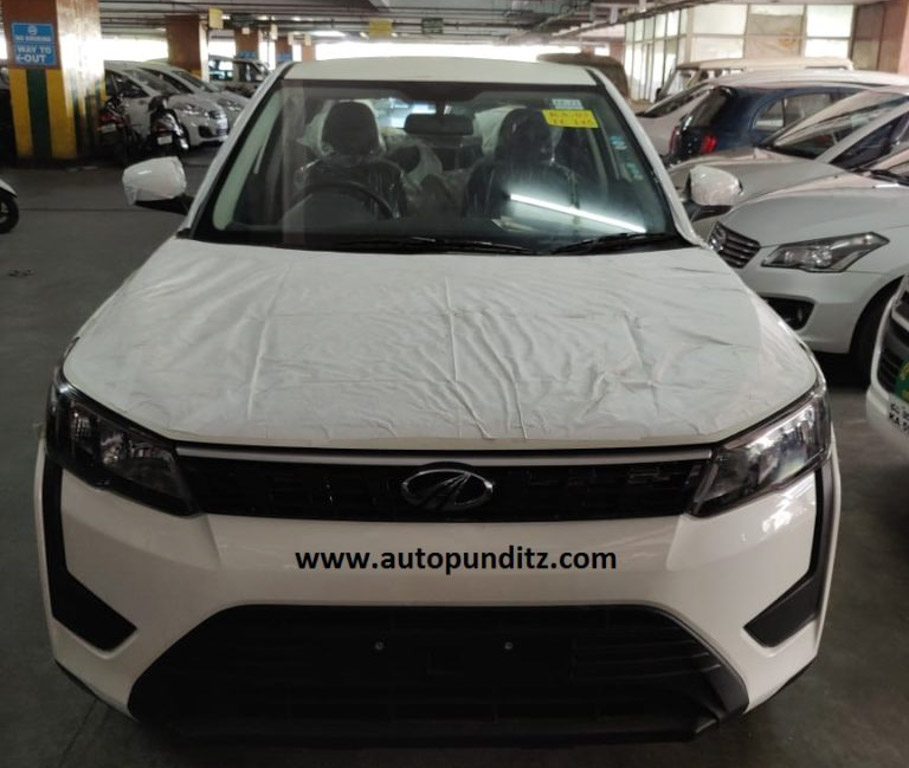 It is no secret that Mahindra & Mahindra will introduce the XUV300 in the middle of February 2019 with packed features list. The latest spy pictures emerged on the internet do stand in testament to that, as they reveal clearly the presence of a number of standard equipment even in the base variant.

The equipment list includes LED tail lamps, power windows with one-touch anti pinch function on the driver side, two-din audio system, and most notably multi-info display sitting in the middle of the instrument console.

Mahindra will offer the XUV300 with a number of colour combinations including the white paint-job seen in these undisguised spy images. Up front, the base variant of the compact SUV does not have chrome highlights as in the higher-spec models while not possessing the triple horizontal strips in the bumper area. 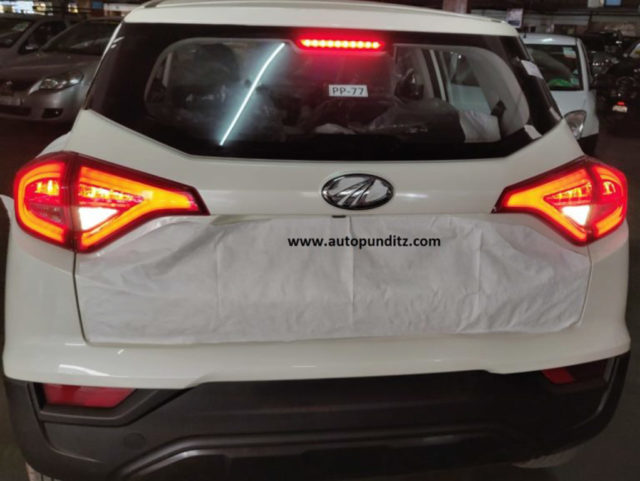 Apparently, it is devoid of fog lamps, aluminium skid plates and flowing LED Daytime Running Lights, which are a major attraction in the top-end versions. The rear portion does possess high mounted stop lamps while the integrated spoiler and roof rails are not for the taking in the low-spec grades of the XUV300.

The largest UV manufacturer in the country will sell the XUV300 with a 1.5-litre D15 four-cylinder diesel engine that debuted in the Marazzo. With 123 PS maximum power and 300 Nm peak torque, it’s the most powerful engine in its segment, and is connected to a six-speed manual transmission only. Mahindra is expected to offer an automatic gearbox at a later time to appeal for wider band of customers. 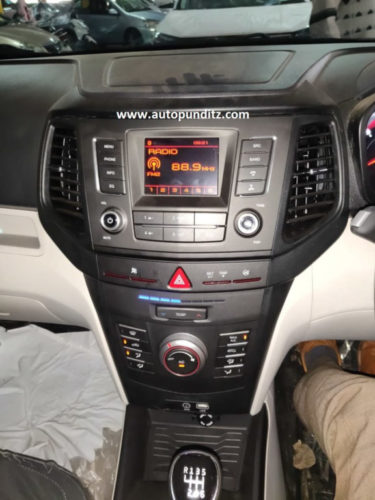 A 1.2-litre turbocharged petrol engine will also be at the helm. The compact SUV competes against the likes of Maruti Suzuki Vitara Brezza, Tata Nexon and Ford EcoSport. To firmly take on the rather accomplished rivals, Mahindra has used the X100 platform derived from SsangYong Tivoli and the influence of its edgy design ethos can be seen in the XUV300.

The XUV300, with plenty of styling cues derived from XUV500, is the first monocoque sub-four-metre SUV from the brand and it comes equipped with several segment first features including seven airbags, disc brakes on all four wheels and dual zone automatic climatic control system. Other main features are touchscreen infotainment system with Apple CarPlay and Android Auto connectivity, sunroof, cruise control, Electronic Stability Program and a host of safety kit.