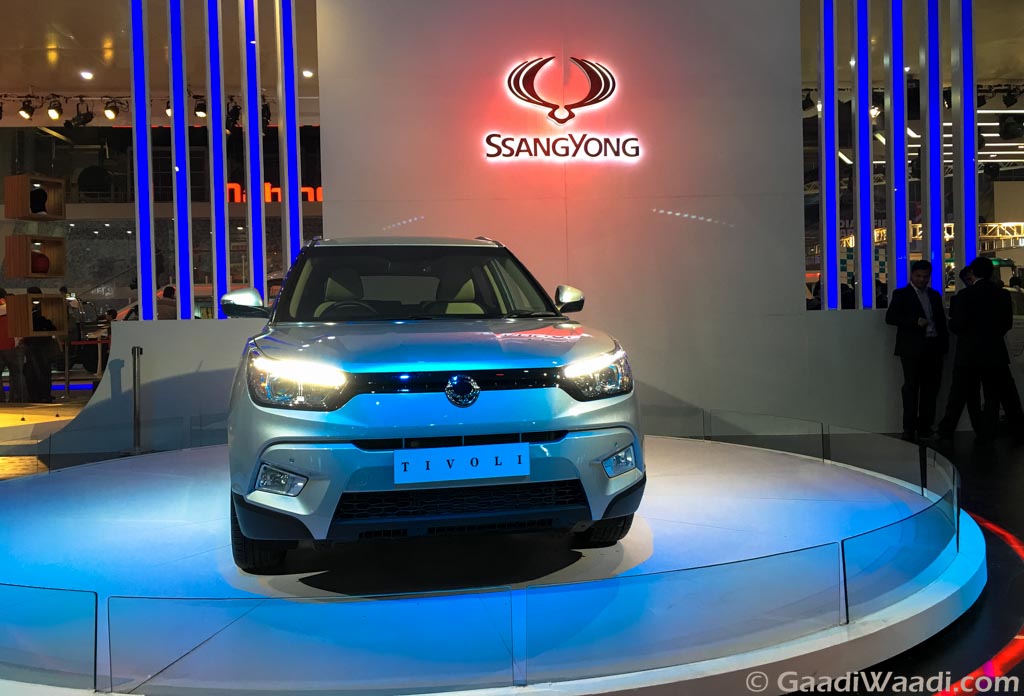 Mahindra won’t bring any SsangYong cars in India in near future, despite the Tivoli being spotted several times testing on Indian roads, and even after being showcased at 2016 New Delhi Auto Expo. While addressing the 56th Annual ACMA (Automotive Component Manufacturers Association) Summit MR. Pawan Goenka, Executive Director of Mahindra & Mahindra has informed this.

Mahindra earlier launched the SsangYong Rexton SUV in India, which couldn’t succeed at all. Later on, when the Mumbai based automaker showcased the Tivoli at the 2016 New Delhi Auto Expo earlier this year, and the car was spotted testing on Indian roads for several times, the launch of the Tivoli was very likely. But Pawan Goenka cleared the speculation, by informing, that the South Korean brand wasn’t acquired to bring their products in the country. Mahindra & Mahindra acquired the SsangYong brand in 201 by purchasing 70% stake. Though the company has confirmed, that it is not bringing any second model under the SsangYong brand in India anytime soon, but the company has also mentioned, that it is working on a car which will use the Tivoli X100’s platform. Being the SUV maker of India the new compact SUV will come new design and distinct characteristics.

The upcoming compact SUV which uses the SsangYong Tivoli X100’s platform will take power from both petrol and diesel engine options, with displacement of 1.5 litres. Mr. Pawan Goenka also confirmed, that Mahindra is working on two different models, and one of them is likely to launch within next 14 to 15 months. Mahindra displayed an unique SUV coupe concept dubbed as XUV Aero at the 2016 New Delhi Auto Expo earlier this year in February. The concept garnered pretty much attention and appreciation as well. The car is expected to enter production, and it will also bring a fresh air in the Indian premium SUV segment. Once launched, the car will compete against the likes of Honda CR-V, Hyundai Santa Fe and Toyota Fortuner with an expected price tag of Rs. 20 lakhs.