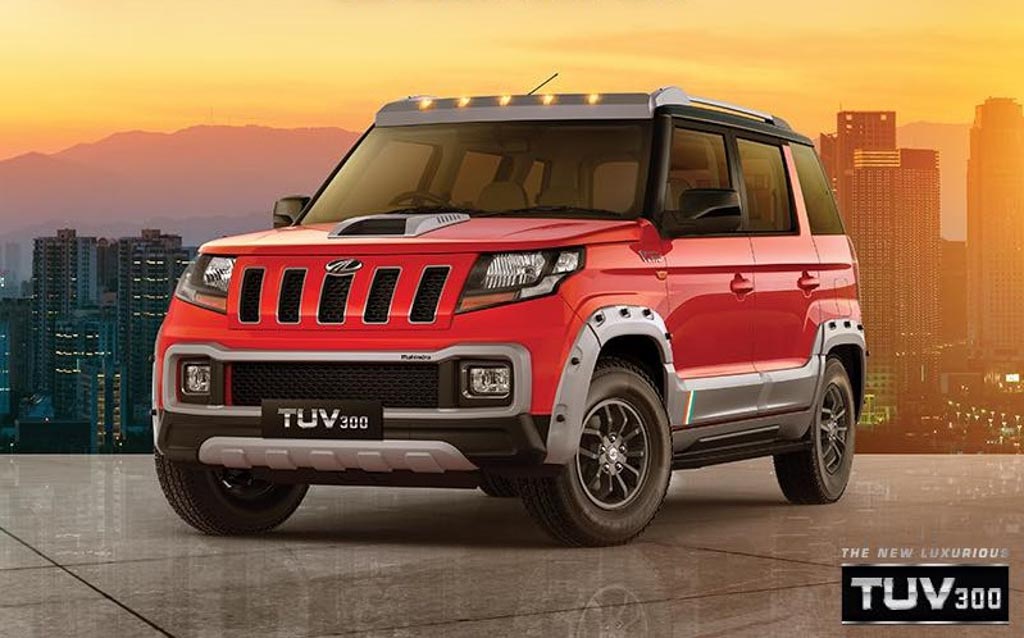 Mahindra & Mahindra has its portfolio comprising some of the best off-roading machines and the brand can also be credited with taking customisation to a new level, as tuning shops prefer the rugged vehicles currently on offer. The homegrown automaker is aware of that and has been providing factory-made accessories and custom options to its customers.

The TUV300 subcompact SUV has not endured a huge success Mahindra has been hoping for but its latest styling and utilitarian kit could change the proceedings a bit. The Mahindra TUV300 Superstyler kit offers a slew of exterior modifications including grey surrounds on the fog lamp and lower grille area, faux silver skid plate and roof mounted auxiliary lamp housing as well as bonnet scoop, roof rails and wheel arch cladding finished in grey.

The kit also features black finish alloy wheels and two-tone exterior called Dynamo Red. The changes due to the new Superstyler kit on the rear as well as the interior are not known yet. Mahindra has not revealed the individual pricing of each accessory yet and we will find that out very soon.

The image shared by the company does not reveal the rear. Changes to the cabin, if any, have not been specified. The Superstyler body kit is a dealer level fitment. The Facebook post or the official online accessories portal does not make mention of the price.

The TUV300 is sold in India with a single engine option as the 1.5-litre mHawk100 diesel powertrain is good enough to produce a maximum power output of 100 bhp and 240 Nm of peak torque. It is connected to either a five-speed manual or a five-speed AMT in the top-spec variants.

The company launched a nine-seat variant called Mahindra TUV300 Plus last month as it seeks way to garner more customers into its portfolio before the arrival of a brand new SUV codenamed S201 by the end of this year.