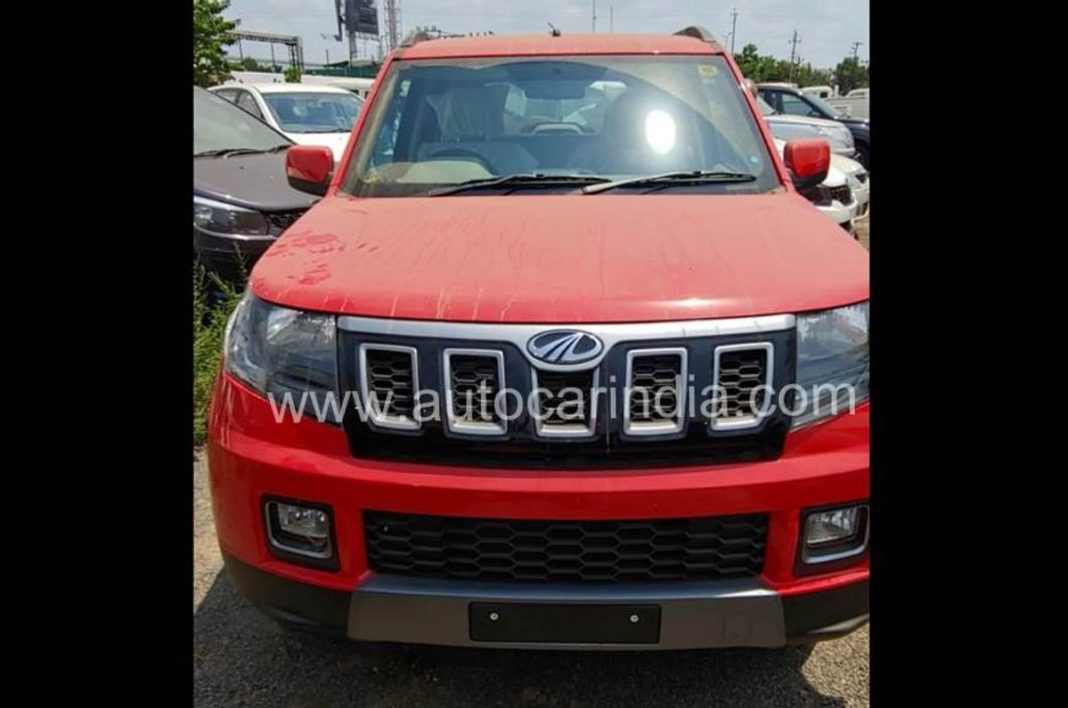 The front gets updated grille with black and chrome finish and the design of the headlamps is the same from the earlier model but the company has made minor tweaks. The facelift model comes with integrated LED DRLs on headlamps and a new bumper with black plastic cladding around the body.

The side design is carried over from the earlier model and the facelift model gets new side footsteps along with black finished alloy wheels. The rear gets clear lens tail lamps and a new bumper. The TUV300 facelift comes with a new spare wheel cover. We can expect the company to offer TUV300 facelift with some new colour options also. 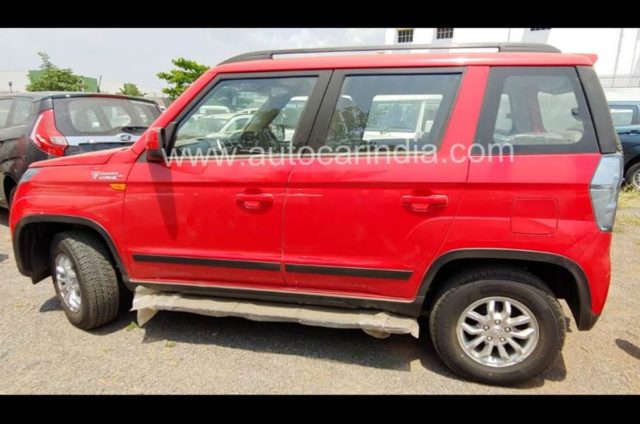 The interior design is the same from the earlier model as the facelift model come with black and beige colour finish. The centre console gets a new music system and the compact SUV come with features like climate control, electronic controlled exterior mirror and more.

The company has made some changes to the chassis also as the model needs to meet the upcoming safety norms and it features dual airbags as part of the standard package along with seat belt reminder, reverse parking sensors, speed alert and more. 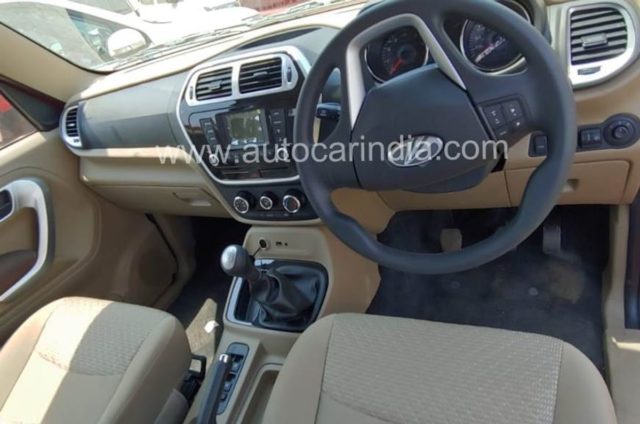 Mahindra has updated the variant lineup of TUV300 as the facelift models come in five variants -T4+, T6+. T8, T10 and T10 (O). The engine will be carried over from the current model as it will be powered by 1.5 L diesel engine with 100 hp and it is mated to a 5-speed manual and AMT gearbox option. We can expect the price to be slightly higher than the current model.