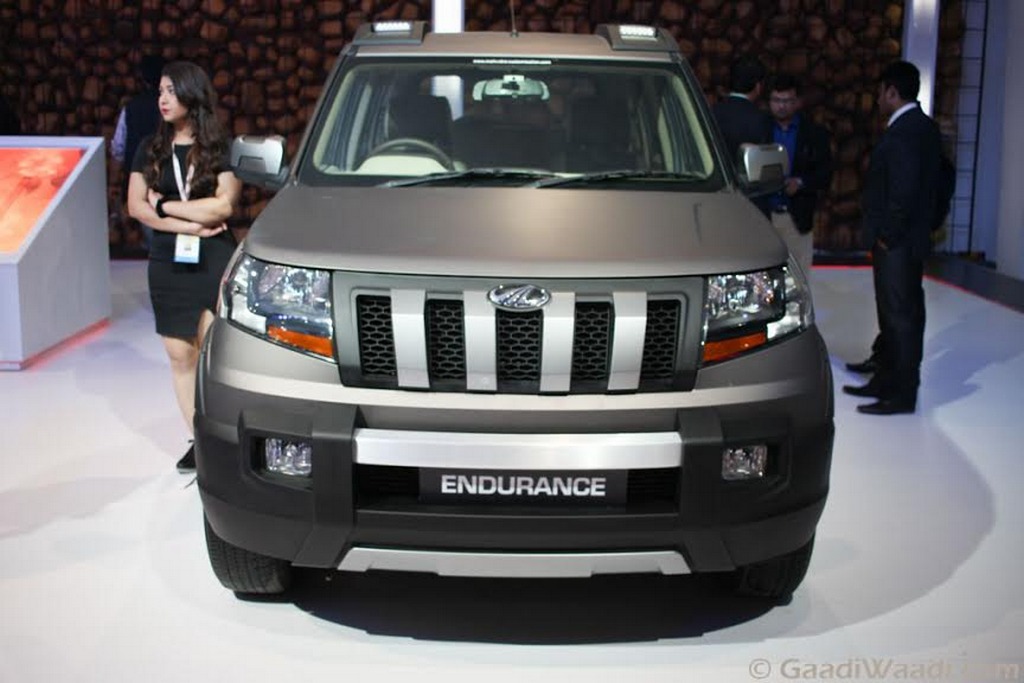 The Mahindra TUV300 Endurance was part of the Adventure Zone at the currently running Auto Expo 2016 alongside the Thar DayBreak edition. The thoroughly customised version retained the imposing stature from the standard model with added body kit and aftermarket touches to bring forth quirkiness of its own.

The rugged body kit gives a premium adventure appeal with the high-quality matte finish in Lakesoil Brown enhancing the overall stance. The exterior styling is complemented by the body kit elements such as sturdier front bumper appliqué besides matte finish grey paint scheme in contrast with the black body cladding. The other key details included were the grey panels on the side of front indicators, ORVMs and the tail lamps along with prominent front guard with scuff plates, wheel arches with plastic side moulding, etc. As for the inside, it comes with body colour-coded interiors, lounge sitting, dual tone mood lighting, rear seat entertainment, chilled glovebox and premium bright leather upholstery. No mechanical changes have been made with the engine options remaining as in the stock model. Mahindra and Mahindra doesn’t have any intention to put it into production just yet according to several rumours. The TUV300 Endurance edition gets power from 1.5-litre, three-cylinder mHawk diesel motor capable of generating a maximum power of 84 bhp and 230 Nm of peak torque. The two transmission options available are a five-speed manual and a five-speed automatic.