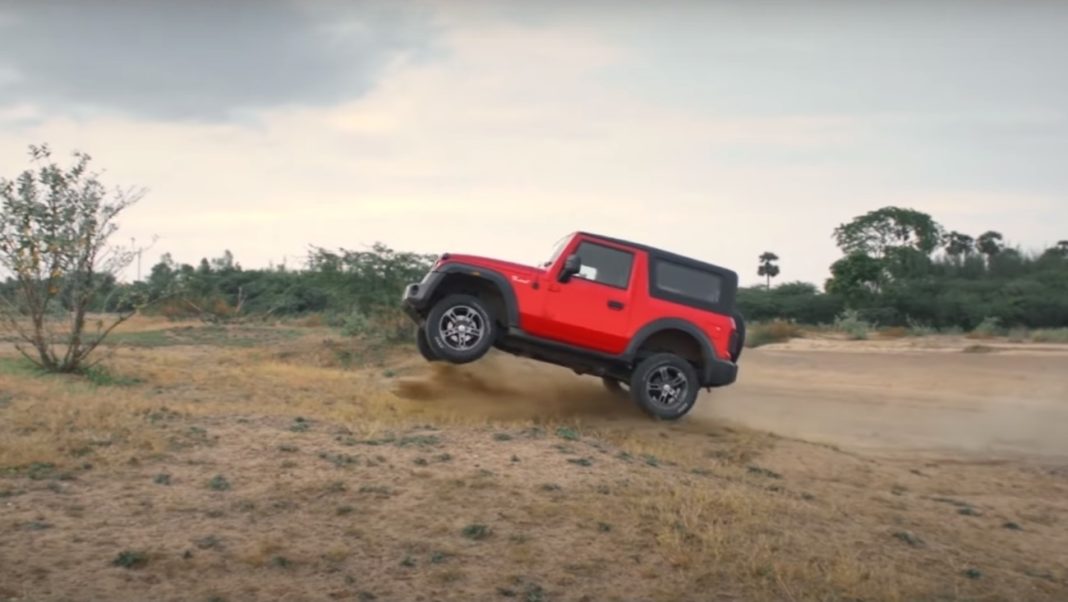 With its new official video, Mahindra gives us an idea of the new-generation Thar’s abilities, while also managing to excite us!

The second-generation Mahindra Thar was recently unveiled in India, and off-road enthusiasts all over the country are excitedly waiting for its launch, which is scheduled for 2nd October. Recently, Mahindra & Mahindra released an official video, which shows us exactly what the new model is capable of, both on and off the road.

The video begins with a few cinematic shots of the new Thar, showing off its interior as well as exterior design. Then, the driver starts the engine and puts the pedal to the metal. The Thar was parked with its left wheels on dry land and the right ones on wet tarmac. Here, we see the brake locking differentials work hard to allow the SUV to have maximum possible grip, even on such uneven surfaces.

Next, we see the second-gen Thar perform a slalom test, and demonstrate its on-road handling abilities. The advanced Rollover Mitigation program keeps the SUV from tipping over, and the rear Panhard helps prevent lateral movement. The video then brings into highlight the engines of the second-gen Thar – a 2.0-litre mStallion petrol motor and a 2.0-litre mHawk diesel mill.

After that, the braking system is put to test on a waterlogged patch of the test track. Even in such slippery conditions, the ABS and ESP ensure that the car doesn’t swerve around or lose composure. With the on-road dynamics successfully demonstrated, now it’s the time for off-road antics!

With a breakover angle of 27o, approach angle of 41.8o, and departure angle of 36.8o, the SUV easily climbs down a steep embankment. The driver then enters the Thar into a small stream, where the 650mm of water wading capability helps it through. After that, we see some regular off-road shenanigans, including some impressive jumps, which show off the brilliant suspension and chassis. 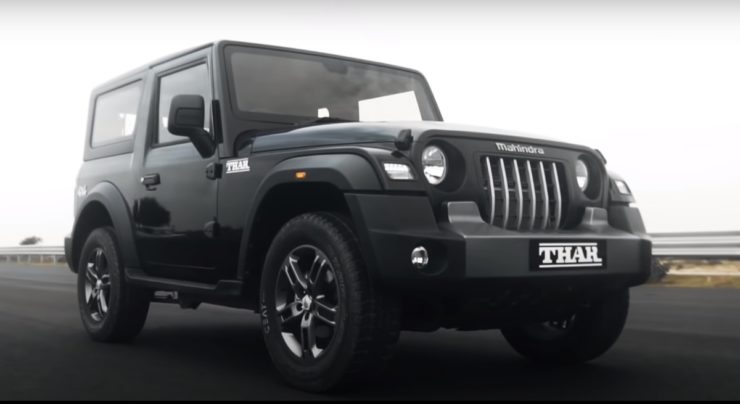 The new Thar also gets a high ground clearance (226mm), which helps the underbody stay clear of most of the bumps and small obstacles on the trails. Lastly, we see the vehicle climb up the earlier embankment. With a grade-ability of 31o, along with powerful engines, this didn’t seem too much of a challenge. Mahindra has also added hill-climb assist and hill-descent control to the Thar, which is quite great. Overall, this video leaves us even more excited for the SUV’s launch!