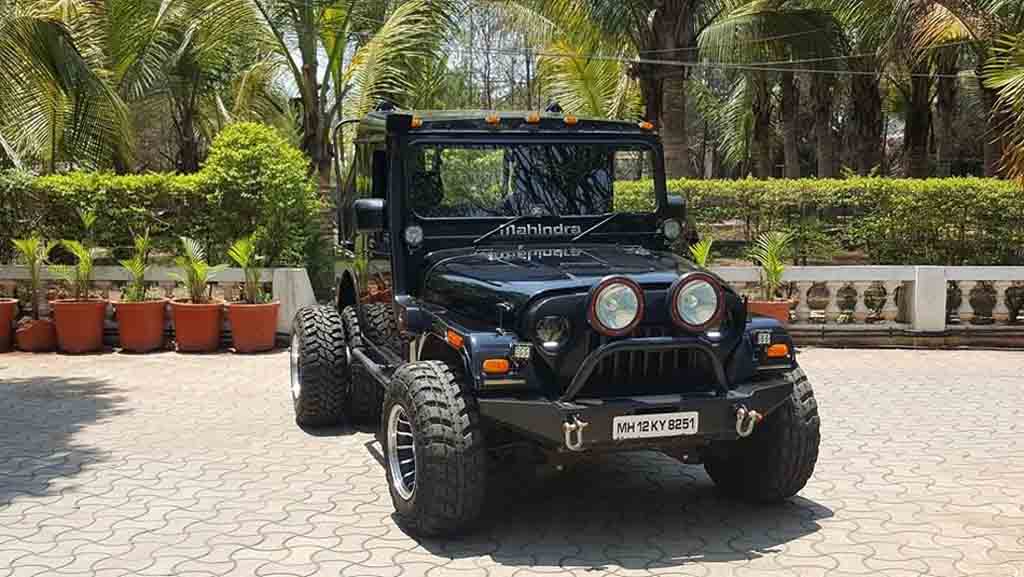 Pune-based Grizzly Customs has modified the Mahindra Thar and given the tough SUV even more rugged appearance. With six wheels, the Mahindra Thar appears to be capable of running on any road or where there is no road at all. It looks like a more commanding off-roader compared to the regular model.

In terms of design, the SUV has been modified to grab attention at the very first glance. The Thar gets LED projector headlamps replacing the stock units and the front bull bar holds large fog lamps. Apart from that, the vertically slated signature Thar grille and custom bumper portray aggressiveness of the vehicle. The SUV comes painted in Black making it more appealing. 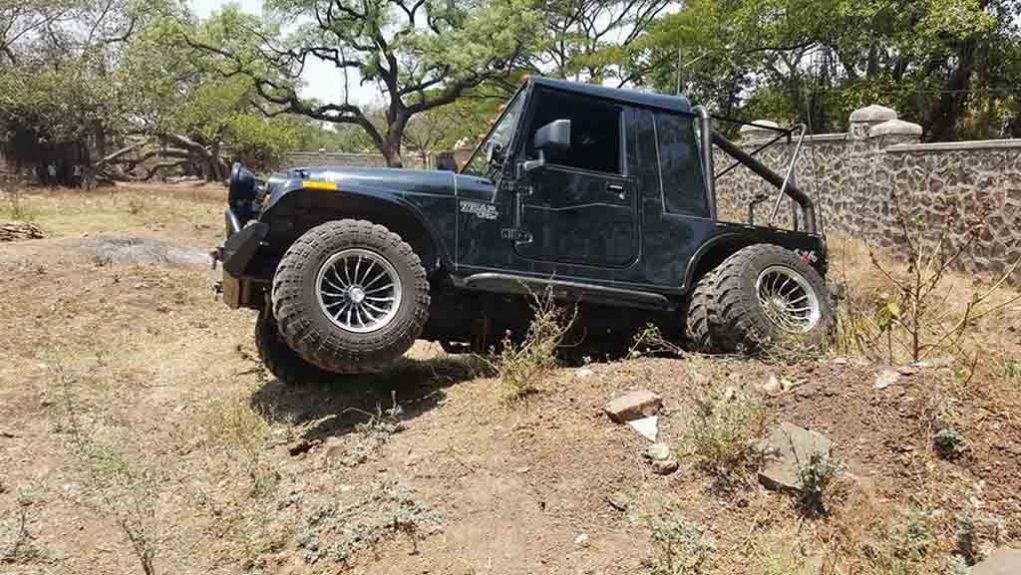 The SUV also sports marker lamps enhancing its off-roading capability. At the side profile, the wide and meaty 31-inch mud terrain tyres wrapping the multi-spoke alloy wheels catch attention. But the truck-style additional tyre fitted to the rear is what makes it more distinctive than the standard Mahindra Thar. Apart from that, the modified Mahindra Thar SUV sports Wrangler like wing mirrors and custom rock slider.

During the customisation, the SUV has received a covered loading bed at the rear offering generous amount of space for the owner to load his camping equipment. The canvas cover has been removed and the half cabin also has been modified. At the rear it gets high-mounted stop lamps. 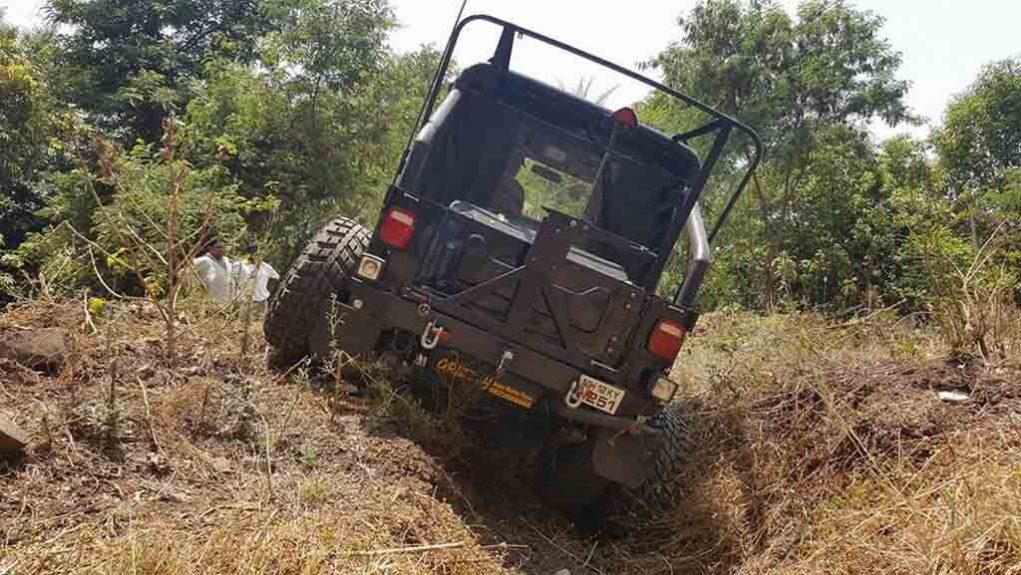 Grizzly Customs claims that this SUV comes with a towing capacity of 750 kg and even with such amount of weight behind, the customised Thar can perform its off-roading task perfectly. Powertrain of the modified Thar remains the same. The regular model is available with two different engine options – a 2.6-litre diesel and a 2.5-litre diesel unit.