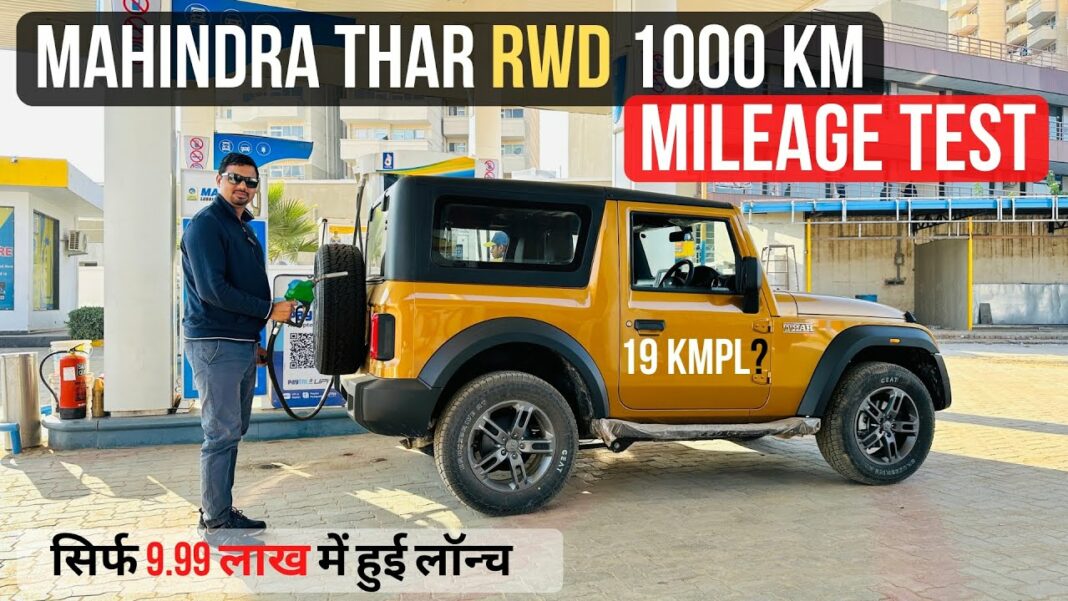 Mahindra Thar RWD derives power from a new 1.5-litre diesel engine producing 117 PS and 300 Nm and is linked only with a six-speed manual gearbox

Mahindra & Mahindra revealed the prices of the rear-wheel-drive Thar just over a week ago and is carries a starting price of Rs. 9.99 lakh for the entry-level variant and it goes up to  Rs. 13.49 lakh for the top-spec trim (introductory, ex-showroom). The RWD variant is positioned well below the existing 4WD variant due to a number of reasons.

The price difference has been made possible by the availability of a 1.5-litre diesel engine and the Thar measuring under four metres to ensure tax exemptions. The more accessible Thar derives power from a 1.5-litre four-cylinder D117 mHawk diesel engine that can also be seen in the Marazzo and it develops a maximum power of 117 PS and 300 Nm.

The powertrain is linked only with a six-speed manual gearbox. Available in AX (O) and LX trims, the Mahindra Thar RWD can also be had with the familiar 2.0-litre four-cylinder mStallion petrol engine and it continues to deliver 150 PS and 320 Nm of peak torque. However, the RWD configuration can only be found in the six-speed torque converter AT version.

The exclusion of the 4×4 selector meant that a cubby hole takes its place. In the detailed mileage test video linked above we have put the Thar RWD through its paces in the real-world conditions to see what the mileage could be. Moreover, we have also explored whether it will be an alternative to the five-seater midsize SUVs available in India.

Mahindra is expected to unveil the five-door variant of the Thar later this calendar year and it has already been spotted testing multiple times on public roads. It will have a longer wheelbase and be more spacious and practical.