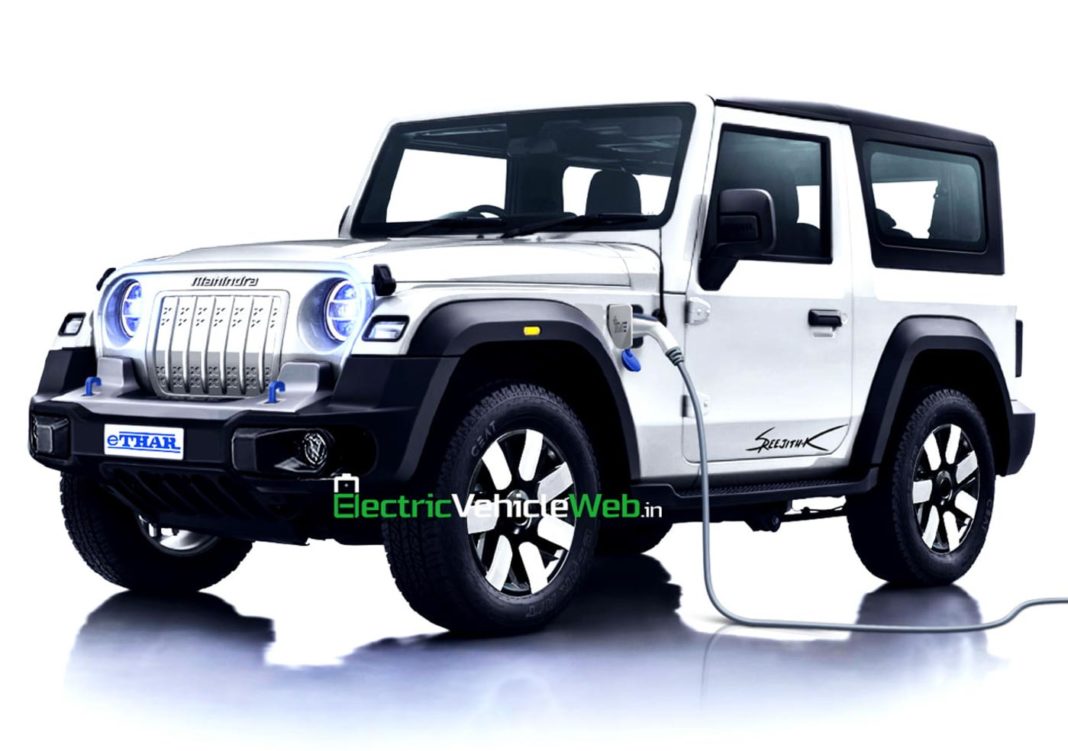 Mahindra launched the new-gen version of the Thar in the Indian market nearly two months ago, and the updated SUV has so far received an overwhelming response across the entire nation. The new-gen Thar has gone on to set benchmarks for all the future mass-market off-roading specialist SUVs to come.

As of now, the Thar is being offered with two ICE powertrains which include a 2.0-litre turbocharged petrol engine producing 150 PS power and 300 Nm torque (320 Nm with AT), as well as a 2.2-litre turbo diesel engine rated at 130 PS/300 Nm. Both the engines can be had with either a 6-speed manual gearbox, or an optional 6-speed torque converter auto.

The folks at ElectricVehicleWeb.in felt like these two powertrains aren’t enough, and created a rendering of a fully-electric variant of the Mahindra Thar called the ‘Mahindra eThar’. The rendering has been created with the help of digital artist Sreejith Krishnan, but the eThar is certainly not one of Mahindra’s current plans. 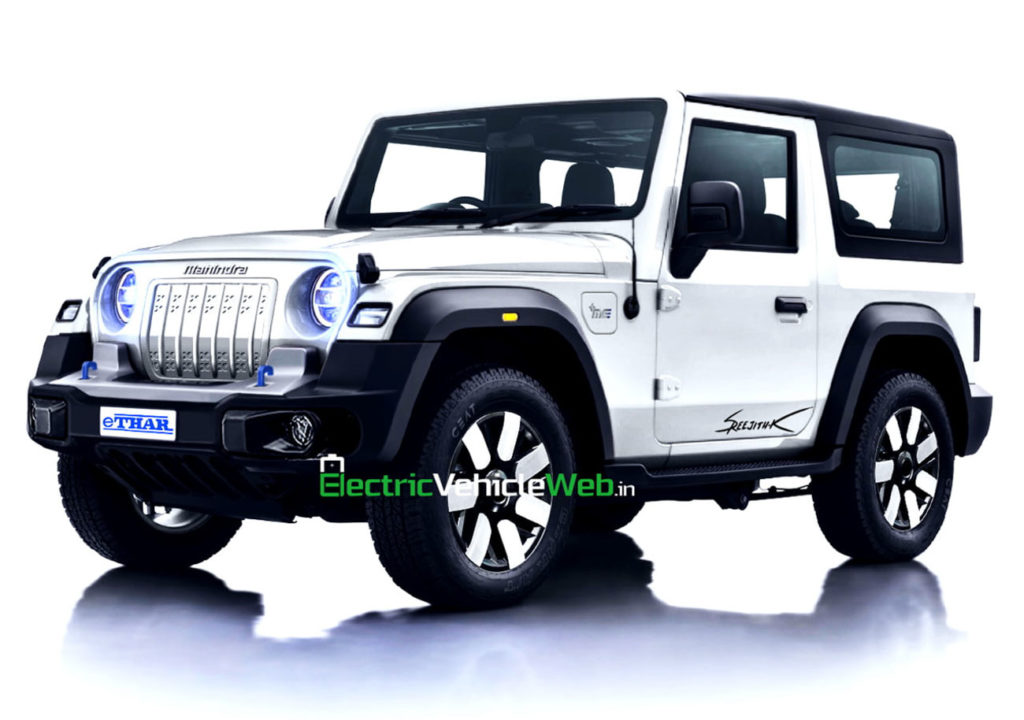 Talking about the visual changes over the regular Thar, this rendered car features a white and black dual-tone paint scheme, which helps it retain its off-road quotient. The signature Mahindra grille at the front has been closed, while the rendered car also sits on bulkier alloy wheels. The charging port has been placed on the passenger’s side front fender.

Speaking of the fully-electric Thar, the car could be a pretty decent offering if Mahindra does decide to turn it into reality. The electric Thar will be a better city driver, considering the fact that it will be more silent and have less vibrations. In addition, its electric motor would make it even more torquier, and the torque delivery will be instant – which will prove to be extremely helpful while going off the road.

It should be noted that the Thar’s 226 mm ground clearance could take a hit if the battery is mounted under the floor. However, if the eThar was actually a part of Mahindra’s plans, we’re sure they’d figure something out to decrease the level of compromise its buyers would have to make.