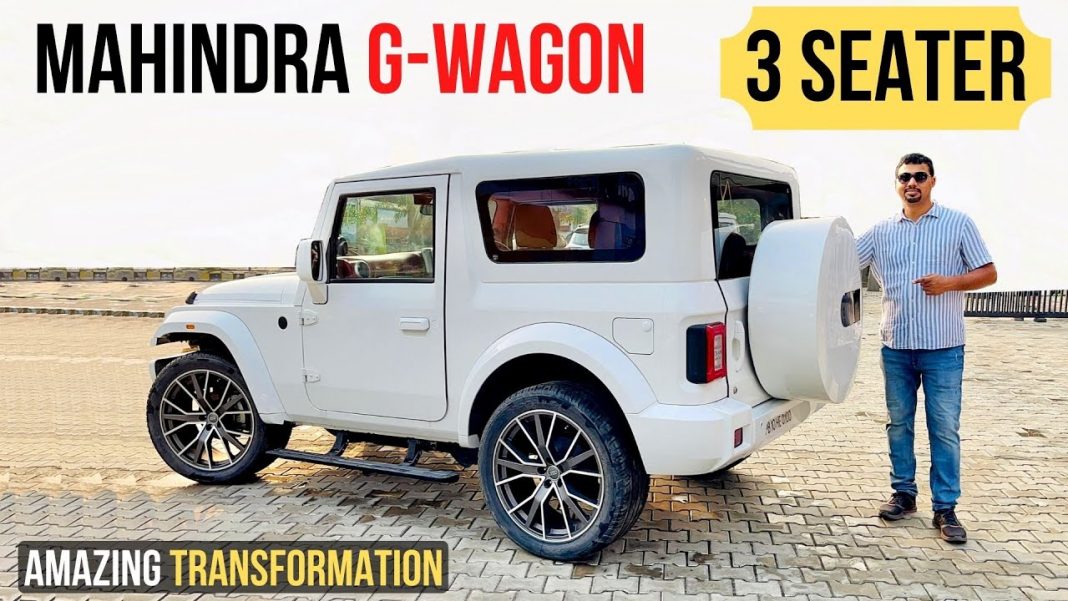 Mahindra Thar is one of the most capable off-roaders that are on sale in the country today. Currently, the homegrown UV-giant sells it in its second-gen rendition. Well, this Mahindra also has a long waiting period that extends up to 10 months. However, spotting a modified example of the Mahindra Thar isn’t a tough job.

The Mahindra SUV enjoys a strong cult around Indian enthusiasts. Hence, tuned models performing off the road in rallies and trail runs are a common sight. Nevertheless, the second-gen model looks modern. Thus, more examples can be seen donning road-spec rims that are massive and wear low-profile rubbers. In fact, Mahindra does not offer the second-gen Thar in a white paint scheme.

Thankfully, folks at Sikand Car Accessories, based out of Ludhiana, Punjab, have addressed this issue. The gentlemen have wrapped a Thar in an all-white attire. Of course, it gets a host of other modifications as well. Here’s a detailed walkaround of this Thar, which reveals all the modifications.

On the front, this tuned Thar features a custom bumper that also gets red tow hooks. Moreover, the grille is swapped with an aftermarket unit. The scuff plate is a functional one here and is finished in a red paint scheme. Interestingly, these changes make it look like its distant American cousin.

Around the sides, differences include massive alloy wheels that come with Audi hub caps. They are shod with low-profile tyres and make the Thar look sporty. Electronically retractable running boards are also fitted here. The white theme is carried over to the roof and wheel arches as well. Over to the back, the bumper is finished in the white shade, and it gets a G-Wagen-inspired spare wheel cover. 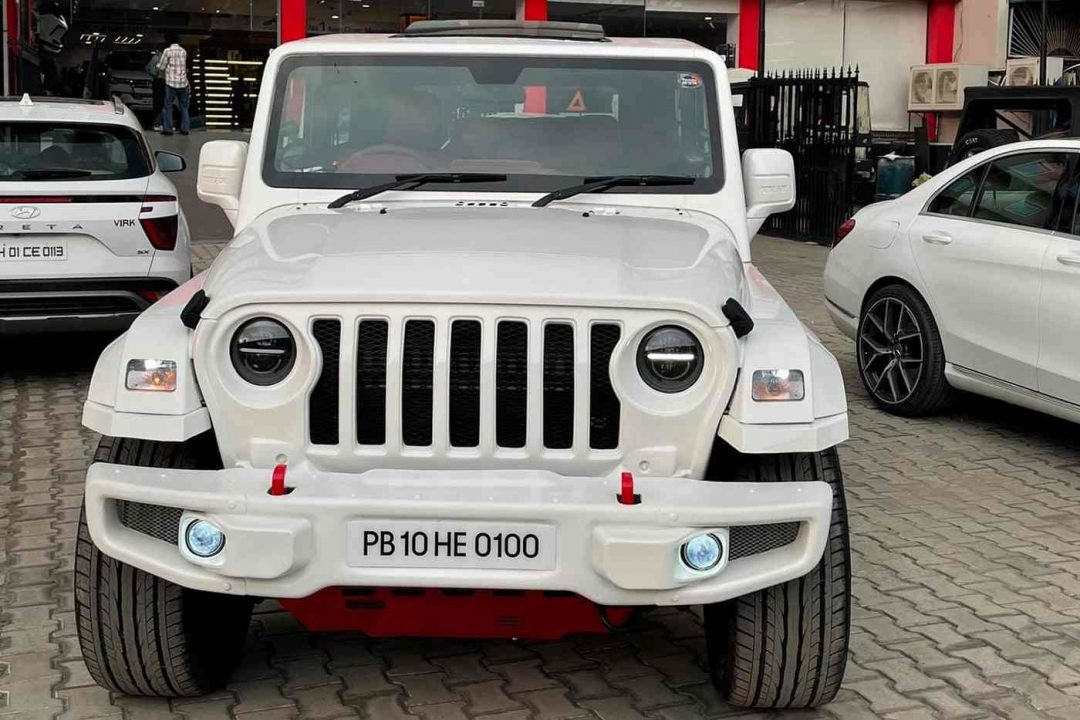 On the inside, this Thar gets a new red-silver treatment for the interior, a push-button start-stop system, two sunroofs, and an aftermarket touchscreen head unit with a sound system. While the sunroof for the front-row occupants is electric-powered, the rear one is a manual unit. The tuner has also chopped off the rear seat to make it a strict 3-seater. Under the hood, things remain unchanged for the most part.