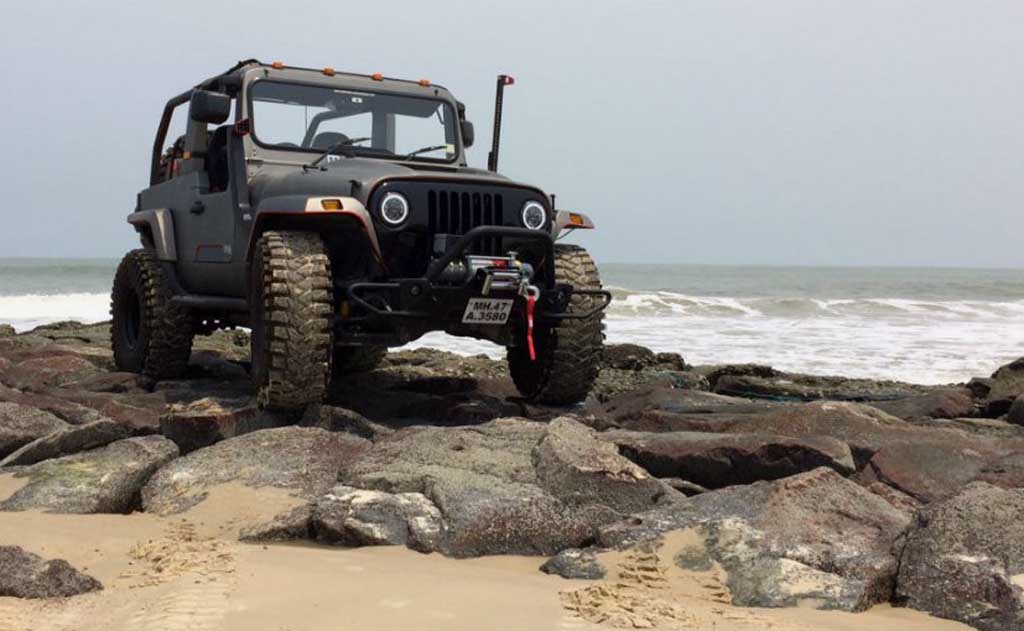 Mahindra displayed the Thar Daybreak Edition at the 2016 New Delhi Auto Expo earlier this year, which was a heavily customized version of the SUV. Now the auto manufacturer is offering the Daybreak Edition customization package at Rs. 9.6 lakhs. The customization is done by ‘Mahindra Customisation’, which the company’s in-house division and it takes nearly two months to complete the customization.

The daybreak Edition customization kit includes a matte grey exterior paint job, stinger bumpers equipped with winch. The radiator grille is finished in glossy black, and the headlamps come sporting integrated LED rings, while an air scoop hood is also included in the kit. The car runs on massive 37 inch Maxxis Trepador tyres, which enhance the off-roading capability of the car, while increasing the ground clearance as well. The rear profile of the car features LED taillights, a rear mounted wheel, chrome finished dual exhausts. The Mahindra Thar Daybreak Edition model showcased at the Auto Expo earlier this year, had no roof, but the customers can opt for a hard top, which will cost an extra Rs. 1.5 lakhs. On the powertrain front, the Thar Daybreak Edition gets no upgrades at all. Power comes from the 2.5 litre CRDe engine churning out 105 bhp of peak power and 247 Nm of peak torque between 1,800 rpm to 2,000 rpm. A five speed manual gearbox does the transmission duty in the car. Mahindra & Mahindra launched the facelifted Thar last year, which comes at a price tag of Rs. 5.71 lakhs (on road, New Delhi).