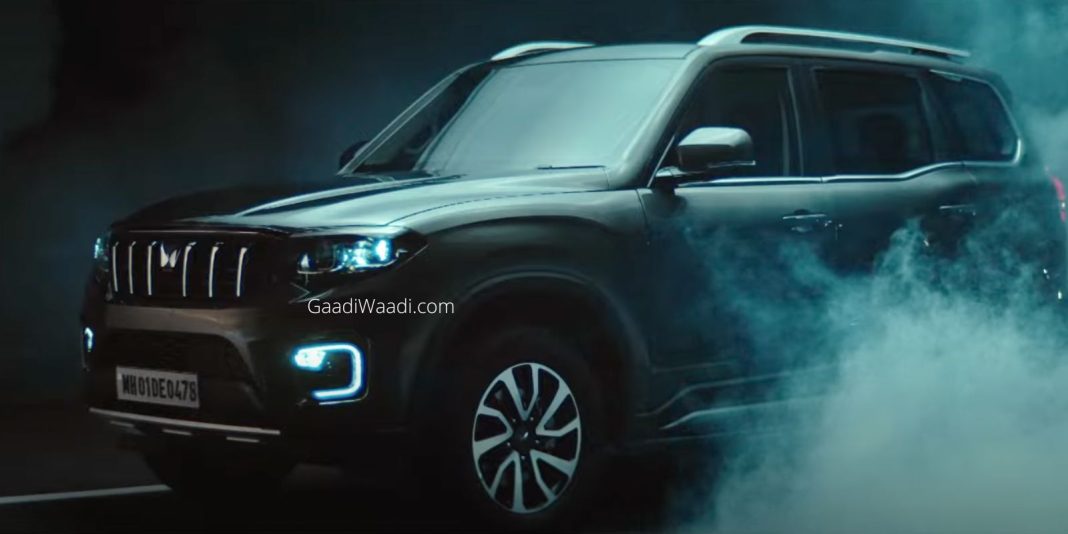 Mahindra Scorpio N will be powered by a 2.0-litre petrol and a 2.2-litre diesel engine with six-speed MT and AT options; 4WD in the high-end trims

Mahindra & Mahindra will host the global premiere and market launch of the Scorpio N on June 27, 2022. The teaser campaign for the new generation Scorpio has already begun and the official exterior images and some details of the premium SUV are out. The Mahindra Scorpio N’s latest teaser video claims that it will have the highest commanding seat in its segment.

The Scorpio is known for its tall riding stature and a commanding driver seat giving an authentic feel of a traditional SUV. The upcoming model is based on new ladder-frame construction and is expected to be dimensional bigger than the regular Scorpio that will be sold alongside as the Scorpio Classic enabling an extensive range.

The Mahindra Scorpio N will have a spacious interior and the tall pillars should allow an airy cabin for the occupants. The new platform could also make way for improved ride and handling characteristics along with off-roading abilities as the 4WD system will likely be sold in both petrol and diesel engine options in the top-level trims.

The teaser also gives us an early preview of the interior as part of the centrally-mounted touchscreen infotainment system with Apple CarPlay and Android Auto connectivity, an updated semi-digital instrument console, Sony-sourced audio system and a multifunctional steering wheel borrowed from XUV700 can be seen.

Some of the interior bits and pieces will be shared with the XUV700 and thus the Scorpio N will be more upmarket than the Scorpio Classic and the features list will be thoroughly upgraded as well with connectivity features, automatic climate control system, engine start/stop button, sunroof, six airbags, new dashboard and centre console, tyre pressure info, etc will be available.