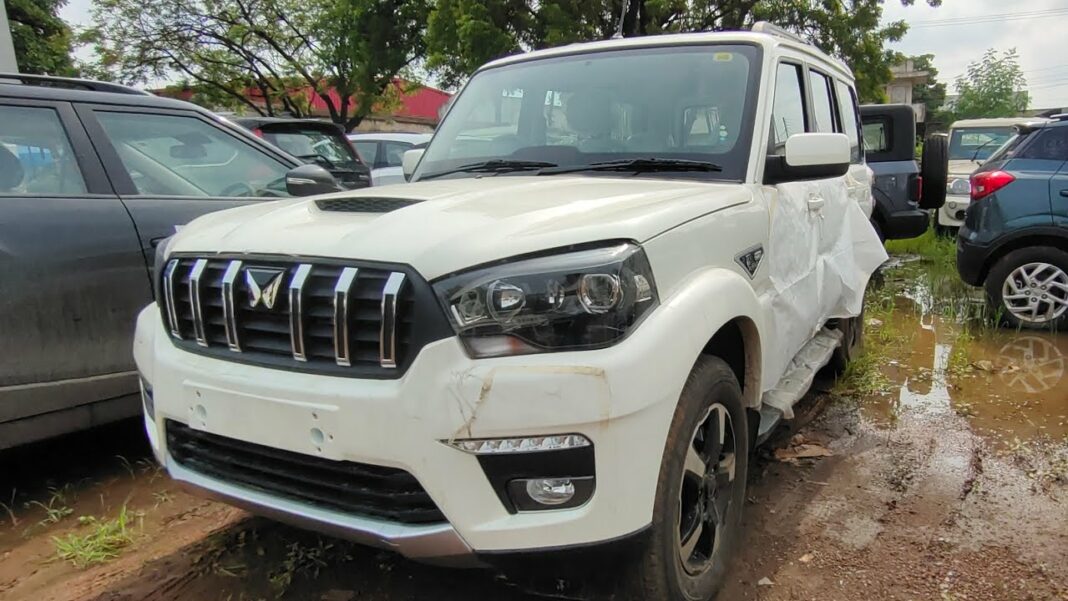 2022 Mahindra Scorpio Classic gets mild visual updates while the powertrain will continue to be the 2.2-litre diesel unit

Mahindra & Mahindra will host the debut of the updated version of the old generation Scorpio dubbed the Scorpio Classic on August 12, 2022 in the domestic market. The Scorpio has been on sale in India for more than twenty years and even before the launch of the Scorpio N, it had been garnering consistent sales volumes.

With Mahindra knowing that the old Scorpio does have a dedicated fan following, it is bringing it in a mildly updated avatar inside and out. It will also boast a number of feature addition while catering to a wide set of audience below the all-new Scorpio N. Moreover, it will continue to be equipped with a side-facing final row of seats.

The 2022 Mahindra Scorpio Classic will be sold in seven- and nine-seater options. It has already started reaching dealer yards judging by the spy images that were caught on camera recently. On the outside, the ladder frame chassis-baed SUV comes with a redesigned front grille with vertical grille slats and the Mahindra Twin Peaks logo sits in the middle.

Other highlights are front and rear faux skid plates and a set of 17-inch two-tone alloy wheels in the top-spec trims with the entry-level model offered only with the steel wheels. The interior composes a larger touchscreen infotainment system with touch-sensitive control.

You could also find piano black trim on the dashboard, and a dark wooden finish on the centre console. The new gear level is borrowed from the XUV700 premium SUV and the Thar lifestyle off-roader. With no change in performance, the familiar 2.2-litre four-cylinder diesel engine continues to produce a maximum power output of 140 hp and is mated to only a six-speed transmission as neither an AMT nor an AT will be made available.

The Mahindra Scorpio N has been tremendously well received amongst customers with the reservations crossing more than one lakh units within half an hour since the online counter opened. It derives power from a 2.2-litre mHawk diesel and a 2.0-litre turbocharged petrol engine with a six-speed MT and a six-speed AT option with 4WD in the top-end diesel.