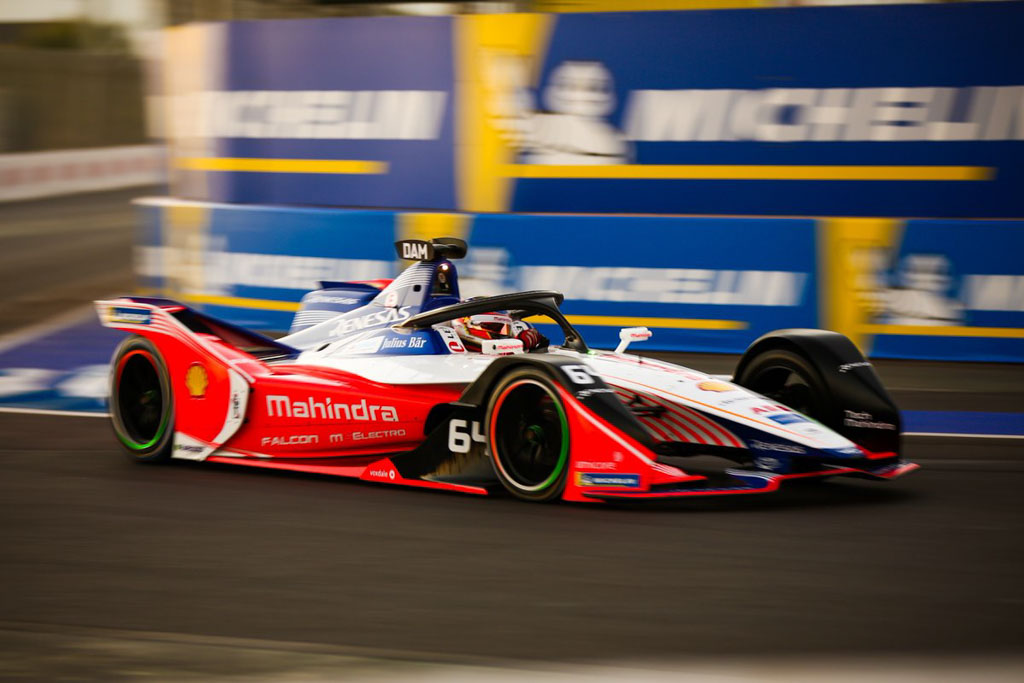 The opening race of 2019 Formula E season last month in Saudi Arabia saw the debut of the Gen2 racecars with power output increased by 50 kW to 250 kW (around 335 hp) and top speed to 280 kmph. It effectively eliminated the all-electric series’ primary goal of mid-race car swaps that carried strategical importance over the last four seasons.

While the Ad Diriyah ePrix was criticised by many for being processional due to the new cars and regulations, the Marrakesh ePrix proved why Formula E’s evolution into the new era is the right step forward. Mahindra Racing got back to winners’ circle as new recruit Jerome d’Ambrosio took a composed victory.

Having finished on the podium in the first race, the Belgian went into Morocco race weekend with supreme confidence but qualified only tenth on the grid. At the lights, the highly ambitious move from defending champion Jean-Eric Vergne on polesitter Sam Bird left him spinning as he lost crucial places. 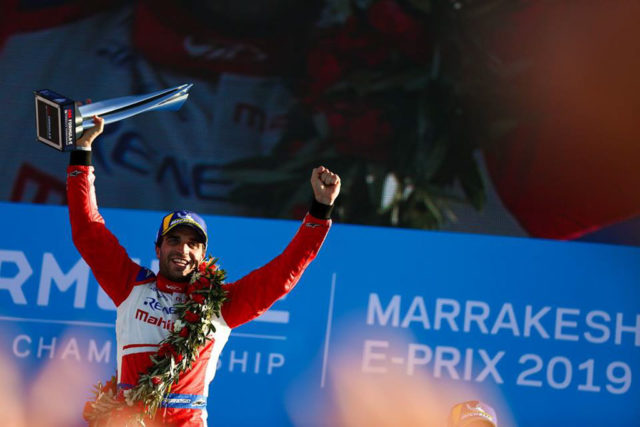 His spin prematurely ended former Mercedes protégé and current Mahindra Racing driver Pascal Wehrlein’s debut. Ambrosio kept his head cool and made calculative manoeuvres especially on Lucas di Grassi and the Virgin pair to move up the order. When in the third position, leading drivers and BMW i Andretti Motorsport teammates Antonio Felix Da Costa and Alexander Sims came together fighting for the top of the podium.

The Belgian pounced on the opportunity and took the lead with Virgin Racing’s Robin Frijns right up behind him until the chequered flag piling pressure following a late safety car bunching up the pack. In the final corner of the last lap, Ambrosio braked and ran wide a little before keeping it together and took his third win in Formula E. 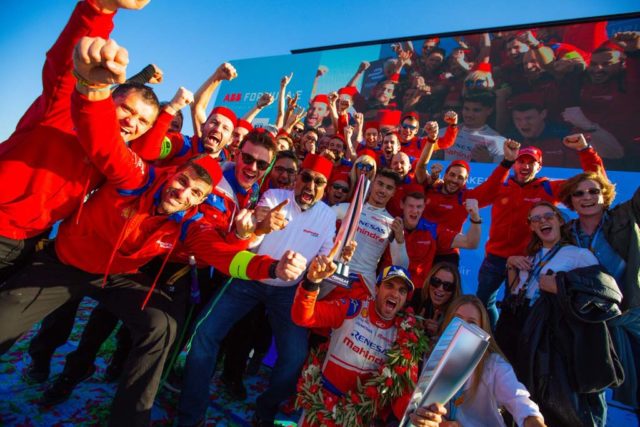 With 0.143 s victory, he leads the Drivers’ championship with 40 points as the first race winner Da Costa retired due to the crash. In the constructors’ standings, Mahindra Racing is just seven points away from leader DS Techeetah in second and on par with BMW i Andretti Motorsport. Just as last year, Mahindra has begun the season on a high note but consistent podium finishes are definitely needed to clinch the overall crown.
Image Source: twitter.com/MahindraRacing