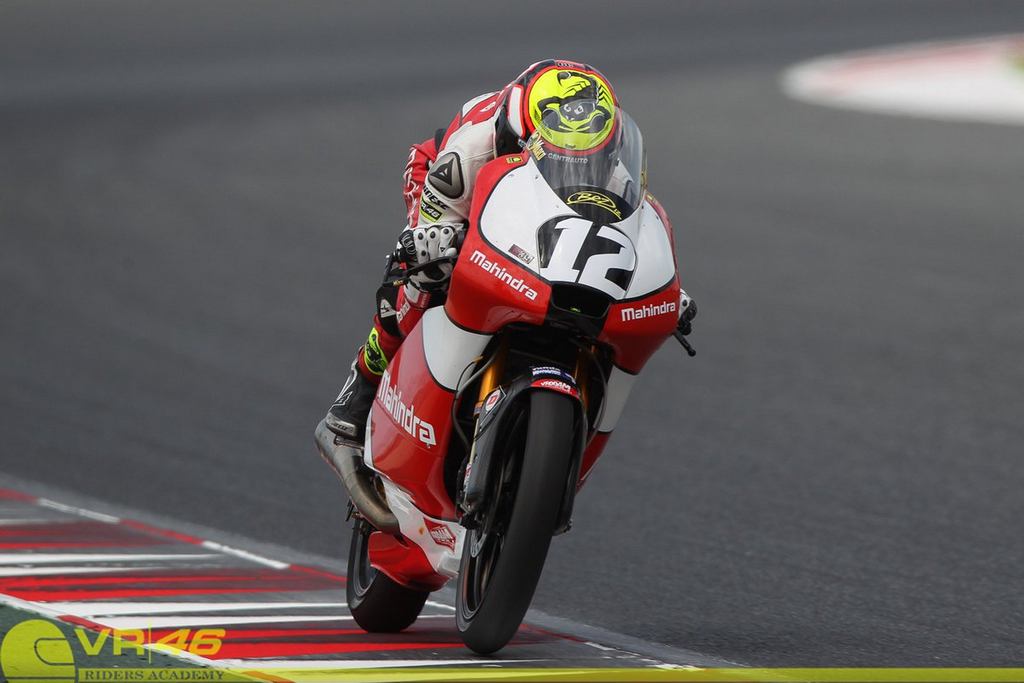 AT the CIV Italian National Motorcycle Racing Championship, Mahindra Racing rider Marco Bezzecchi swept a double win in dominating fashion. The legendary Misano circuit played host to the event last weekend as Bezzecchi was chosen as the wild card entry for the fifth and sixth round of the championship.

Marco Bezzecchi’s MGP30 race machine had several important upgrades, developed throughout the season for better race outcome that paved the way for him cruising home to take the chequered flag. The 17-year-old from Rimini Italy rides for Aspar Team Mahindra and is part of the famous VR46 Riders Academy belonging to the nine-time world champion Valentino Rossi which helps nurture young talents. He crossed the finish line first in less than 28 minutes and 8 seconds in both the races at the 4.064 kilometre long track. No victory tastes sweeter than at home as Misano World Circuit Marco Simoncelli is local for the Italian rider. His domination was re-emphasised by the fastest lap time set during the race at 1 minute 44.141 seconds.

The upgrades are part of the relentless push to eke out more from the MGP30 within the given set of regulations. Mahindra Racing’s base at at Besozzo near Varese in northern Italy is where the parts are being developed as the Indian constructor continues to hone the performance and head in the right direction in the CIV Italian National Motorcycle Racing Championship. Having had its presence felt since the inaugural Moto3 championship, Mahindra Racing is the only Indian constructor competing in its fifth year in the class. The MGP30 four-stroke 250 cc single-pot racer is supplied to the factory Pull & Bear Aspar Mahindra squad and also the Moto3 Junior World Championship besides three customer teams including the factory Peugeot MC Saxoprint outfit. Mahindra Racing’s first Moto3 podium came at Sepang, Malaysia in 2013 alongside regular top five finishes signaling a strong season as it finished third in the constructors’ race. The following season saw three more podiums to its credit with the best finish of second in Sachsenring, Germany before dicing more often with the frontrunners riding KTM and Honda machines. It made history by becoming the first Indian motorcycle constructor to win a MotoGP class race as Francesco Bagnaia reigned at the 2016 Dutch TT in Assen. Along with three podiums in season-opening Qatar, Spain and Italy the Italian rider current lies fourth in the championship with 85 points – just eight behind fellow countryman Romano Fenati in third.
Image Credits: VR46 Riders Academy