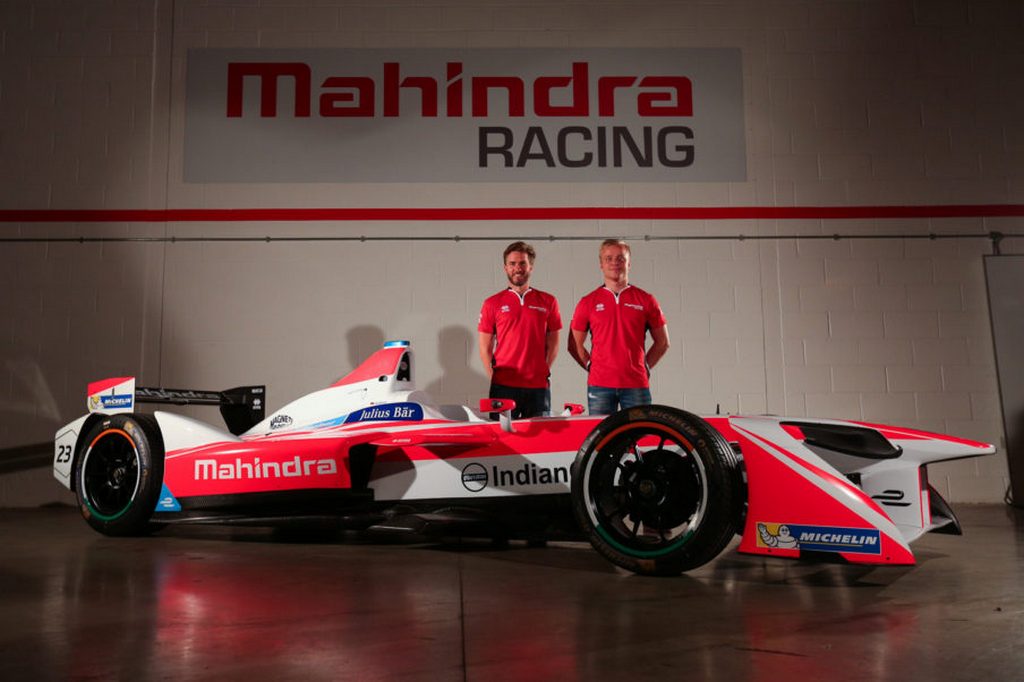 Ahead of the third Formula E season kick starting at Hong Kong on October 9, Mahindra Racing completed its first official pre-season test at Donington Park. New recruit and reigning Euro F3 champion Felix Rosenqvist and the highly experienced Nick Heidfeld were satisfied with the performance of the M3Electro challenger.

The Indian constructor clocked 209 laps of the 4 kilometre Donington over three days of testing without any hassle. Regularly emerging among the fastest on track, both drivers seem to be contend with the handling and power delivery of the new racer amidst room for improvements in the upcoming tests leading up to the season’s first race.

The pre-season test gave Mahindra the opportunity to compare and evaluate the M3Electro against the multitude of oppositions. Before the official pre-season outing, Mahindra Racing amassed almost 2,200 km in private testing in various locations last month. Spread across six separate timed laps, Rosenqvist mastered a total of 102 laps while his German team-mate Heidfeld took care of the remaining of 209 laps.

The Swede used his track time to full effect and got accustomed to the M3Electro quickly. He became the first driver to set a below 90 seconds lap in a Formula E car at Donington which is a new track record. The dry conditions in the opening two days favoured the team before wet track provided additional information in terms of setup, handling and various other factors. The timings posted in the pre-season tests do not correspond to the actual pace hiding within for not just Mahindra but all the rivalling outfits. But the Indian outfit led by Team Principal Dilbagh Gill can be buoyed from the fact that the ever important reliability is there to boast about. The team will be relentlessly testing the M3Electro at the second and final pre-season test at the same venue between September 5 and 7.