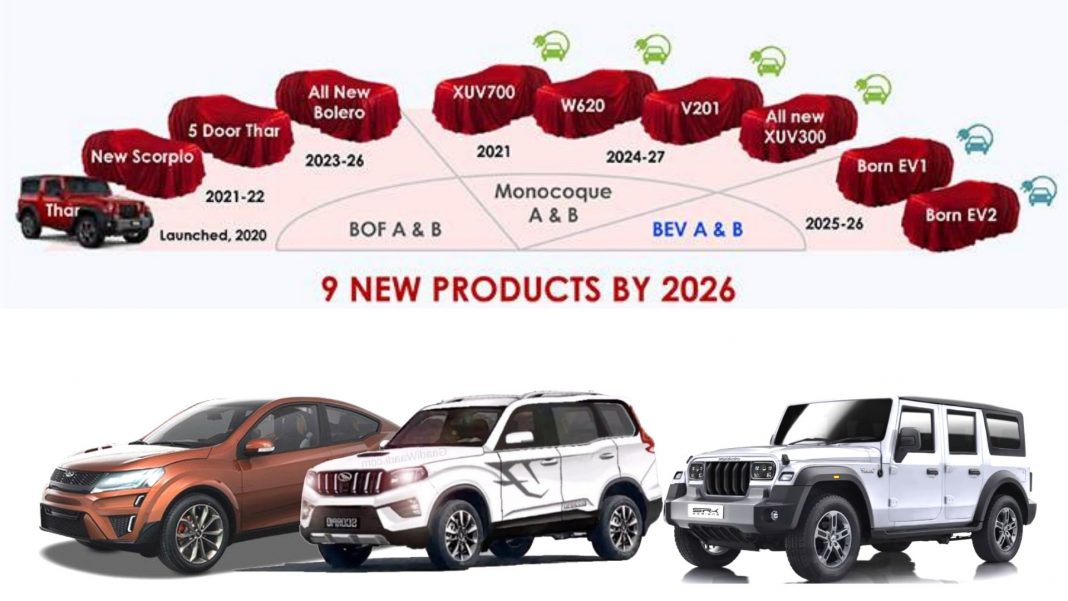 Mahindra will launch as many as nine new products by 2026; electric vehicles are also in the pipeline

In the meet, Mahindra has revealed its strategy of introducing as many as 9 vehicles by 2026. With Mahindra having already launched the second-gen Thar late last year, the other vehicles listed are new generation Scorpio, five-door Thar, an all-new Bolero, W620 (XUV900 SUV coupe), new-gen XUV300, two electric vehicles codenamed Born EV1 and Born EV2 along with the mystery V201.

The image from the presentation also indicates that the XUV700, XUV900 (W620), new-gen XUV300 and V201 are based on monocoque platform. The XUV700 is heading our way around October 2021 and it sits on the updated monocoque chassis found in the existing XUV500, and it will likely be the first Mahindra to offer radar-based safety and assistive technologies. 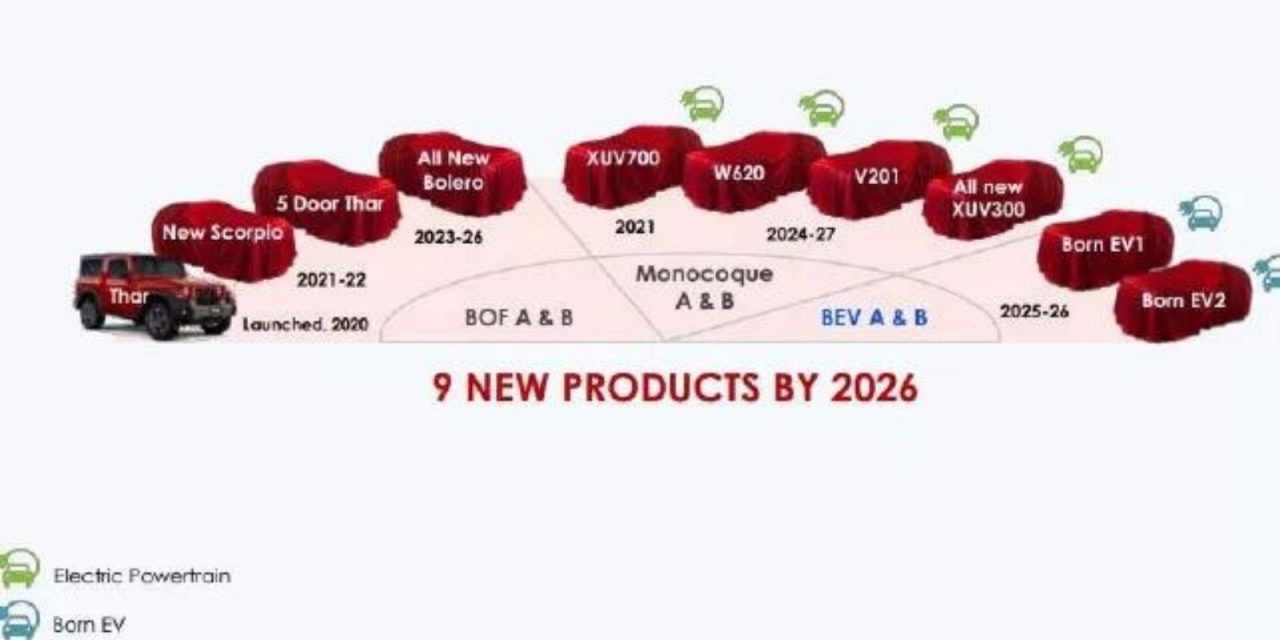 The electric versions of KUV NXT and XUV300 are expected to launch in the next calendar year while the Scorpio will hit the market in the final quarter of this financial year. The second generation Bolero and the five-door version of the Thar off-roader could be introduced in the 2023-26 period while the W620, V201, new XUV300 are bound for 2024-27.

The XUV500 will be temporarily discontinued following the arrival of the XUV700 and it will make a comeback in the form of a mid-size five-seater SUV that will rival Hyundai Creta, Kia Seltos, Tata Safari, MG Hector and Nissan Kicks around 2024. It will be underpinned by the re-engineered version of SsangYong Tivoli’s X100 platform.

The Born EV1 and EV2 are bound for 2025-26 and they could harbinger a series of new electric vehicles from the homegrown manufacturer based on a dedicated EV architecture. In addition, the XUV900 could open up a new SUV coupe segment as the range of upcoming SUVs will mainly be concentrated in the Rs. 10-20 lakh price bracket.