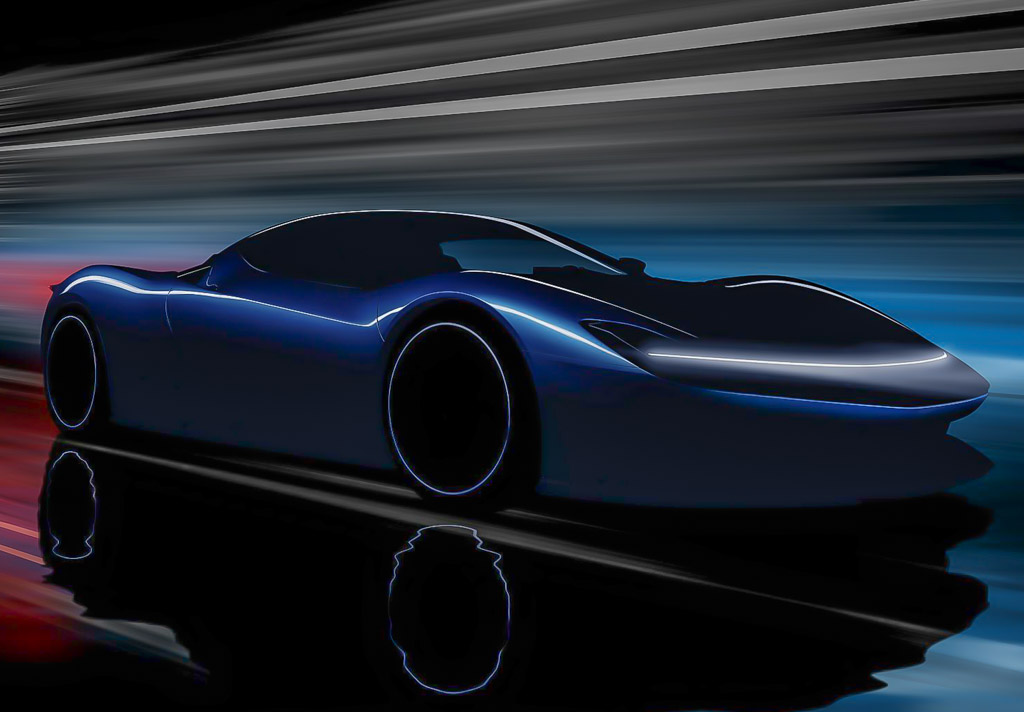 Hot new teasers of the upcoming electric hypercar from Automobili Pininfarina have been released on the internet. Dubbed the PF0, the concept was initially expected to make global premiere at the 2019 Geneva Motor Show in March but Pininfarina appears to have opted to use the floor space at LA to unveil its arguably the most anticipated model till date.

Leading up to its debut, Pininfarina has teased the PF0 extensively over the last few months. The Italian carmaker was announced as a standalone ‘extreme performance’ brand by Mahindra – responsible for electric vehicles in April 2018 and the latest round of teasers were accompanied by future plans.

The Pininfarina PF0 has already been showcased to prospective clients across different parts of the world and the new teaser lets us deep into the design of the luxury hypercar. Giving a sneak-peek into the front end, it gets a LED light bar running across the width, joining the headlamps.

The sweeping front profile, heavily raked windshield enabling a tear-drop shape as the cockpit of Le Mans racers and the swaying muscular sides reminiscing the McLaren supercars can also be witnessed. The low-slung profile is accentuated by an aggressive carbon fibre rear bumper with diffuser for channeling air outwards. 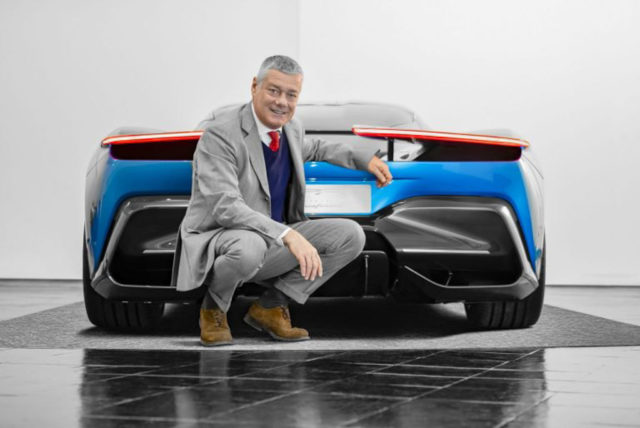 Another highlighting feature is the horizontally positioned strip of LED tail lamps with two large fins in place of traditional rear wing. Pininfarina has invested more than 20 million euros into the design, R&D and manufacturing of the PFO and other upcoming models.

The design direction Pininfarina heading towards is named as PURA. It emphasises on advanced aerodynamics, engineering as well as electrification solutions according to the brand. The all-electric powertrain sourced from Rimac will help accelerate from zero to 100 kmph in less than two seconds.

Moreover, it boasts a top speed of 402 kmph and the electric driving range is claimed at a massive 482 km on a single charge. The PF0 is developed by Pininfarina SpA Design Studio and handcrafted at Cambiano, Italy. With production limited to just 150 units, it takes plenty of inspiration from Cisitalia, Modulo and Sintesi models.