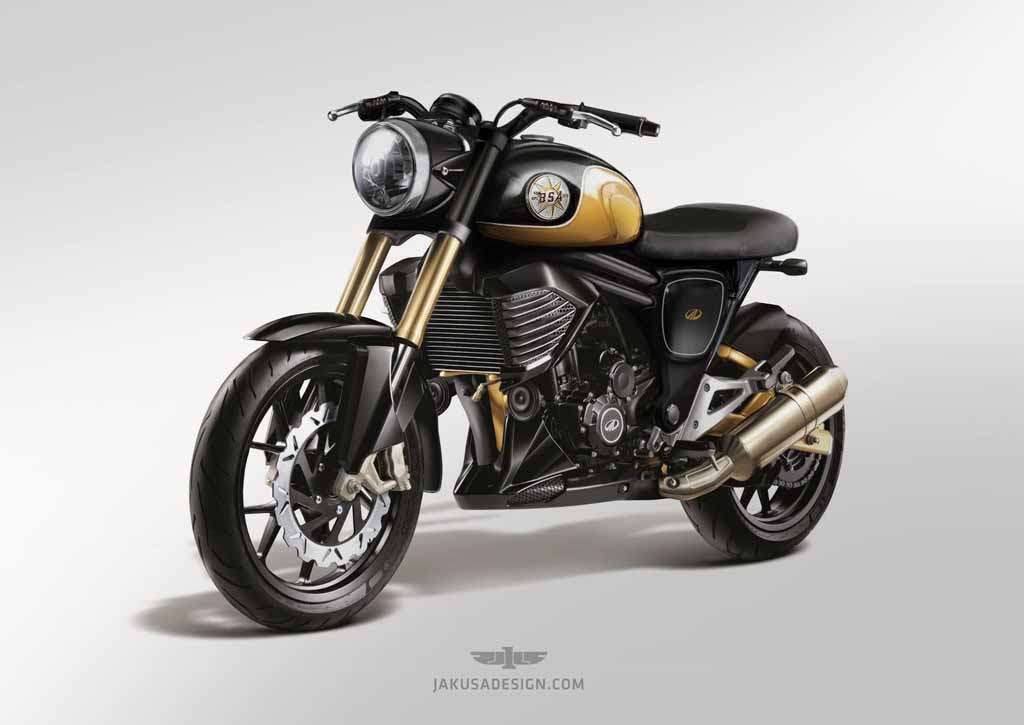 Mahindra has recently acquired two iconic motorcycle brands BSA and Jawa recently. The company has revealed that, it will launch new motorcycles under the famous brands within two years. Meanwhile Jakusa Design have rendered a Mahindra Mojo with inspiration from BSA motorcycle, which looks an absolute classic model.

The influence of Mahindra Mojo is clearly visible in the motorcycle, but the distinctiveness is very prominent. It sports a large retro-looking round headlamp with chrome finishing, instead of Mojo’s dual headlamps. The handlebar, muscular fuel tank and seat also come different looking. So far, the rendered image shows the motorcycle in a very aggressive avatar. The model will surely gets several modern technologies as well. Mahindra Two-Wheelers wants to make itself a lifestyle motorcycle company not just in Indian market, but in global market as well. Acquisition of BSA and Jawa brands are fuelling the company’s global aspiration. With BSA Mahindra will get easy access to markets like UK, USA, Canada, Singapore, Malaysia, Japan and Mexico. Both BSA and Jawa motorcycles will be sold under their respective badges.

Jawa motorcycles will be manufactured in Pithampur plant and with local production pricing is expected to be affordable. These models will be sold in domestic market, as well as exported to different markets also. On the other hand, BSA motorcycles will not be launched in Indian market due to branding issues. Founded in 1929 in Czechoslovakia, Jawa Motorcycles entered in India in 1950. Local production began in early 1960 and the company was functional in the country until 1996. It manufactured some iconic motorcycles like Yezdi 250 B Type, Jawa 350 Type 634 Twin, Tezdi 250 Monarch etc. These classic models have now become collector’s model.