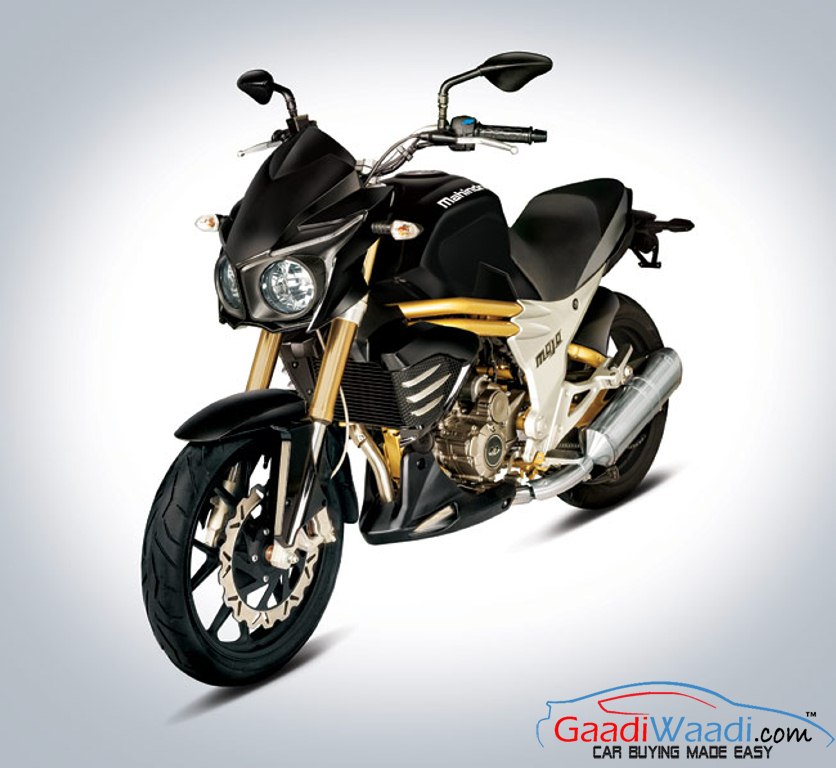 After showing the bike almost half a decade back, the Mahindra Mojo still hasn’t made to the market yet. After countless rumors and spy shots and details about BHP related news somebody has managed to make a clip of the sound the Mahindra Mojo makes. All we know for sure as of now its a DOHC, single cylinder 300cc mill with exhaust canisters. Previously it was said that it will have 28 BHP but now reports say it will produce 31.2 BHP.

After hearing this clip, we can make close assumptions that the engine is going to be quite smooth and refined unit. Rev friendly motor? We have our doubts. We think its going to be torquey ‘feel’ to it. What we can almost assure is that the sound is engineered at the exhaust end and it sounds muffled. Mahindra Mojo Exhaust Sound is a screamy one, no doubt, but only when the decibel killer is removed, it will show the real potential.

So what’s next from Mahindra Mojo, we probably don’t know. Something more could leak till the launch happens. However, Mahindra finally says launch is in TWO months from and its one and a half month remains. Promotional activities are also said to begin soon so expect more news from the Mojo. Pricing is also being speculated around Rs. 1.3 to 1.5 lakhs and given Mahindra’s record they will price it competitively and offer tremendous value.

Why? We have seen at the Auto Expo 2014 that it will super sticky tyres, back-lit switches, probably ABS, petal discs, upside down forks and a very good handling package because the bike has been extensively tested at the Chennai test track. Expect the Mojo to come just before Diwali and talk to the competition such as the upcoming CBR250/300R and Hero HX250R along with the king of the segment, the KTM Duke 390.