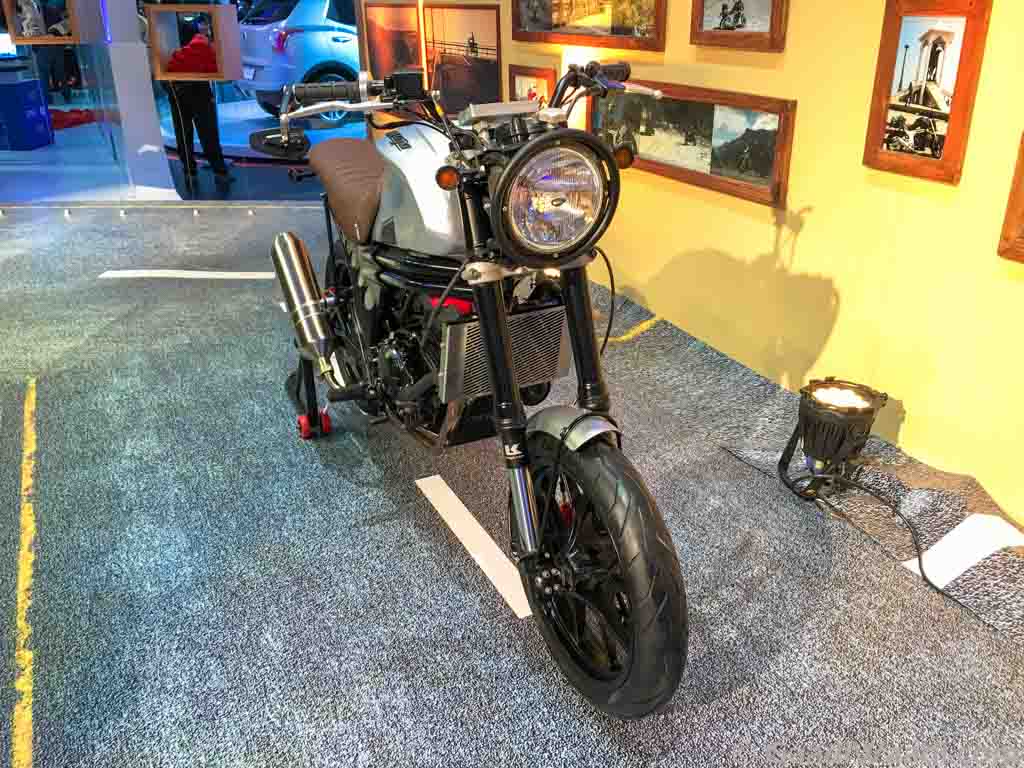 Mahindra Two Wheelers are preparing to launch their exclusive dealerships across the country that will sell only a range of Mojo bikes. The Indian brand launched its flagship Mojo 300 cc adventure tourer and improved the brand perception. But despite being a premium model, it is sold alongside the company’s entry level bikes.

Now, to give the customers a more premium buying experience, Mahindra has decided to sell the Mojo through the exclusive dealerships. Also, these showrooms will sell two new motorcycles based on the Mojo. These new motorcycles could be the production variants of the Mojo dirt bike and Scrambler concepts displayed at 2016 New Delhi Auto Expo. 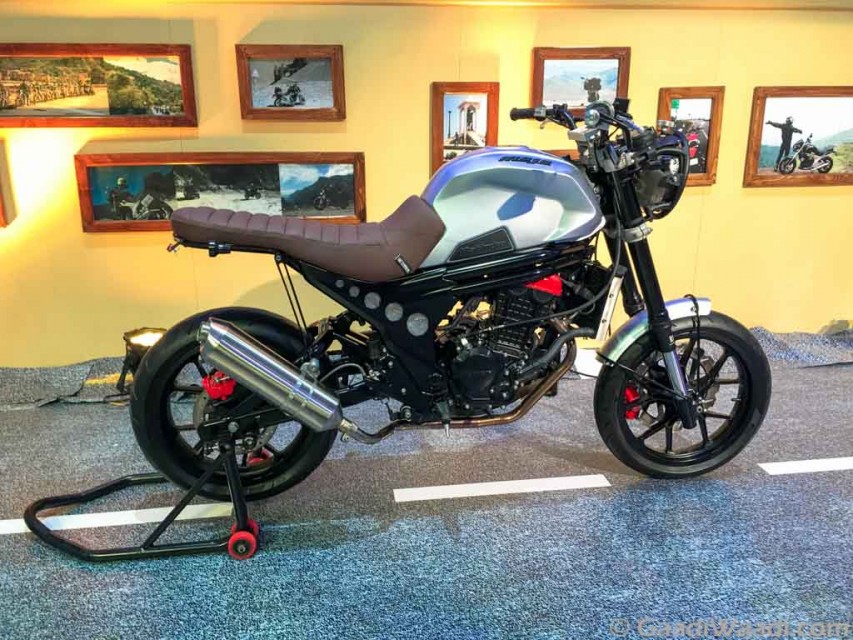 Both the upcoming new motorcycles will be purpose-built and use the same platform as current Mojo. Apart from that, Mahindra will also launch a more affordable version of the Mojo that will come shedding dual exhaust, USD front fork and Pirelli tyres and it had already been spied.

The Mahindra Mojo dirt bike Concept showcased at Auto Expo last year comes with little resemblances to the regular Mojo. Only the fuel tank and the twin tubes below the tank look similar. It gets a single round shaped projector headlamp, knuckle guard, off road-spec tyres and much higher ground clearance. It looks very aggressive compared to its standard sibling and comes with custom seat and provision for luggage as well. 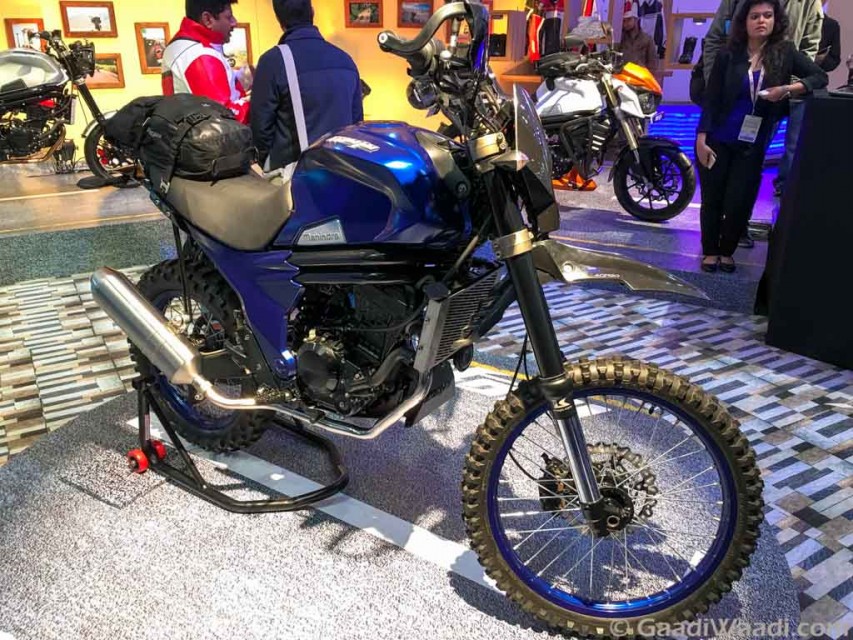 The second concept was the Mojo Scrambler. This model too bears the regular motorcycle’s fuel tank and twin tubes. It can be distinguished with the large round headlamp, new instrument cluster, brown leather seats, twin LED taillights, single silencer and sporty red-painted brake calipers. Engine and specifications of the forthcoming bikes are yet to be disclosed.
Source: Car and Bike