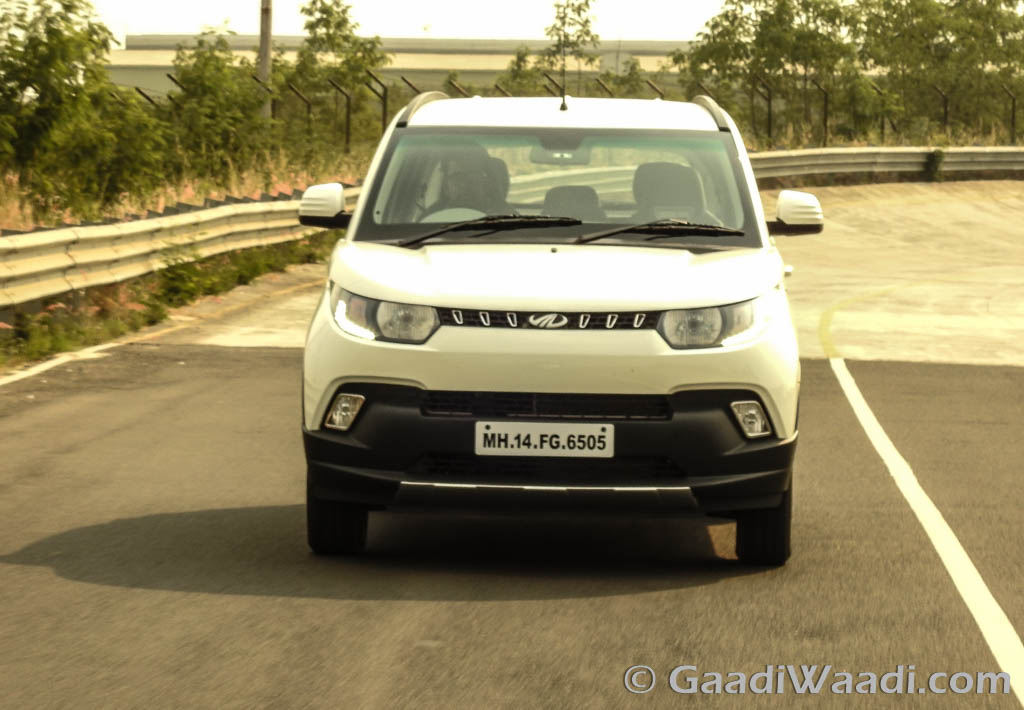 Mahindra KUV100 registers over 21,000 bookings in a month; waiting period goes up by three month as ramp up in production planned offset the demand

Mahindra and Mahindra’s latest offering is the ground-breaking KUV100 micro-SUV. Launched on January 15th 2016, the highly promising product has been well-received among customers as evident from the 21,000 bookings in just a month with the Indian manufacturer ramping up the production to bring down the reported three months waiting period.

Prices for the KUV100 start from a very competitive Rs. 4.42 lakh for the base model and goes up to Rs. 6.76 lakh (both ex-showroom Delhi prices) for the top-end variant. Within one month of is launch, it received a whopping 1.75 lakh enquiries while over 27 lakh visitors entered the company’s website in that period. The third sub-four metre vehicle from Mahindra’s stable focuses primarily on the first-time young buyers in the Indian market with the new petrol engine getting most of the attraction. Mahindra introduced a new family of powertrain line-up dubbed as ‘mFalcon’ in the KUV100.

The all-aluminium three-cylinder 1.2-litre G80 mFalcon VVT petrol unit developed in association with SsangYong, is capable of producing a maximum power output of 82 bhp at 5,500 rpm and has a peak torque of 114 Nm at 3,500 rpm. The D75 common rail direction injection mFalcon diesel motor delivers 77 bhp at 3,750 rpm and 190 Nm of torque at 1,750 rpm. Both three-cylinder engines will be coupled with a five-speed manual transmission as standard driving the front wheels amidst complying with the BSIV emission regulations and return a claimed fuel economy of 18.15 kmpl for petrol and 25.32 kmpl for diesel.

The design of the micro-SUV has been influenced by its bigger brother the XUV500 but it apparently stands out from the rest of the Mahindra family with its quirky appeal. It is being sold in four variants: K2, K4, K6 and K8. The clever 3+3 seat configuration, centrally-mounted shorter gear lever, exhaustively stuffed front end and the edgier rear make for an enticing package as Mahindra revels on the head-start it has over the likes of the soon-to-be-launched Maruti Suzuki Vitara Brezza and the upcoming Tata Nexon expected towards the end 2016.