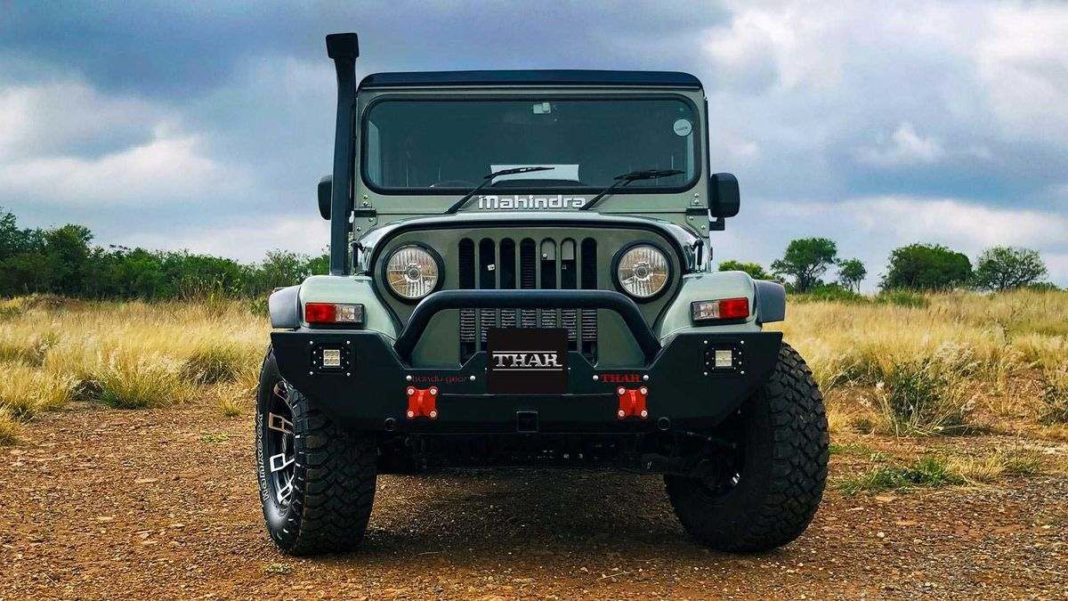 Mahindra introduced the new Thar Adventure Series in South Africa. The Thar is one of the most popular off-roaders in the Indian market and it carries forward the same design theme as iconic Jeep CJ7.

The Thar Adventure Series launched in South-Africa is the same model, which is available in the Indian market but the company has made some changes like the new front bumper. The approach angle of the new Thar Adventure series is 44 degree, which will help the off-roader to tackle even the worst roads. 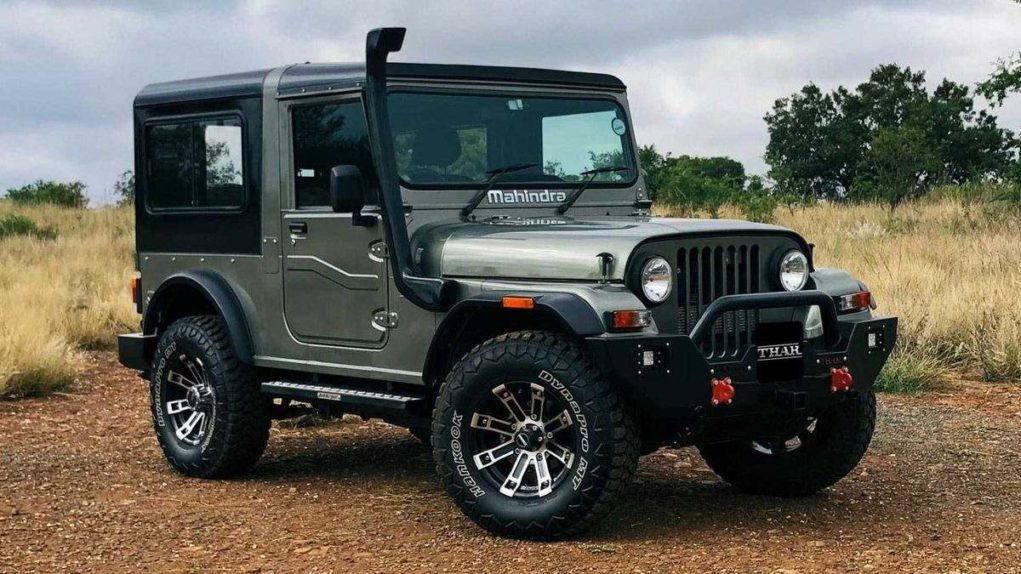 The wheel arches get a black plastic cladding and the company has given multi-spoke aluminium alloy wheels. The rear gets a new bumper along with a tow bar also. The Adventure series gets hardtop roof with two windows to give an airy feel for the cabin. The interior is finished in black and beige colour with new wider front seats.

The Thar Adventure series comes with features like manual AC/heater, three-pod analogue instrument cluster, lockable glovebox, 12V socket and more. The power for the off-roader comes from 2.5 L turbocharged diesel engine with 105 hp of power and 247 Nm of torque. This engine is mated to a manual five-speed gearbox.

The power is sent to all four wheels and the company has given a proper low-range gearbox. To further help the Thar during off-roading, the SUV gets a mechanically locking rear differential and independent front suspension. Mahindra is currently developing a new generation of Thar for the Indian market and it is expected to be introduced later this year.