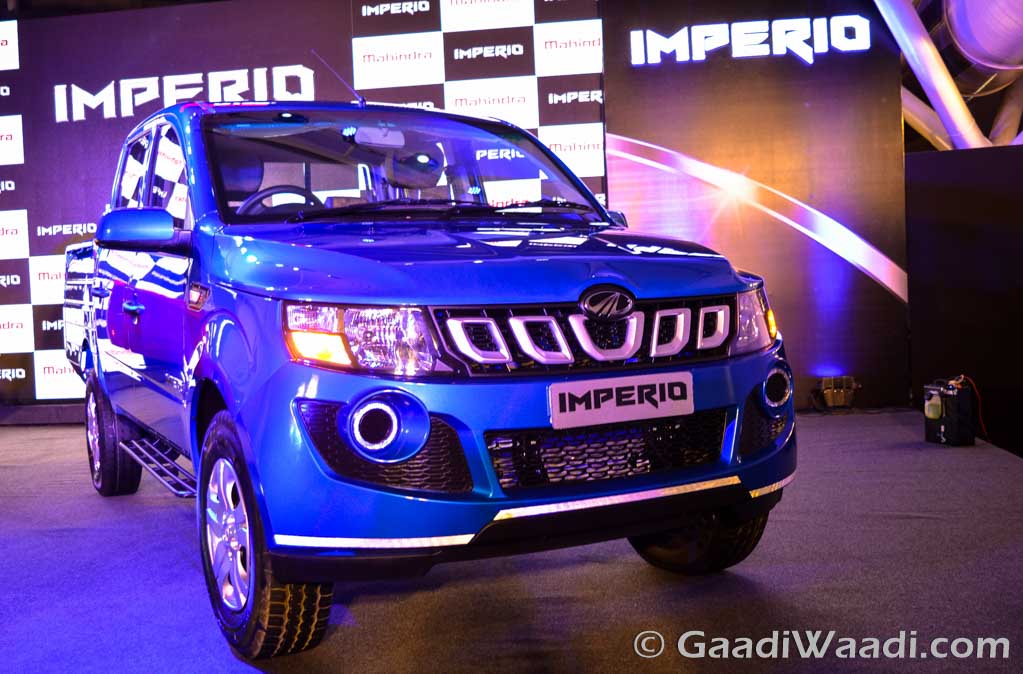 The Mahindra Imperio premium pick-up truck is the replacement to the ageing Mahindra Genio. It’s the first product from the largest SUV maker in the country’s stable this year. Offered in single and double cab variants, the Mahindra Imperio commercial vehicle is powered by a potent 2.5-litre CRDe diesel engine which has two driver modes to choose from. Here’s everything you need to keep about the Mahindra Imperio: 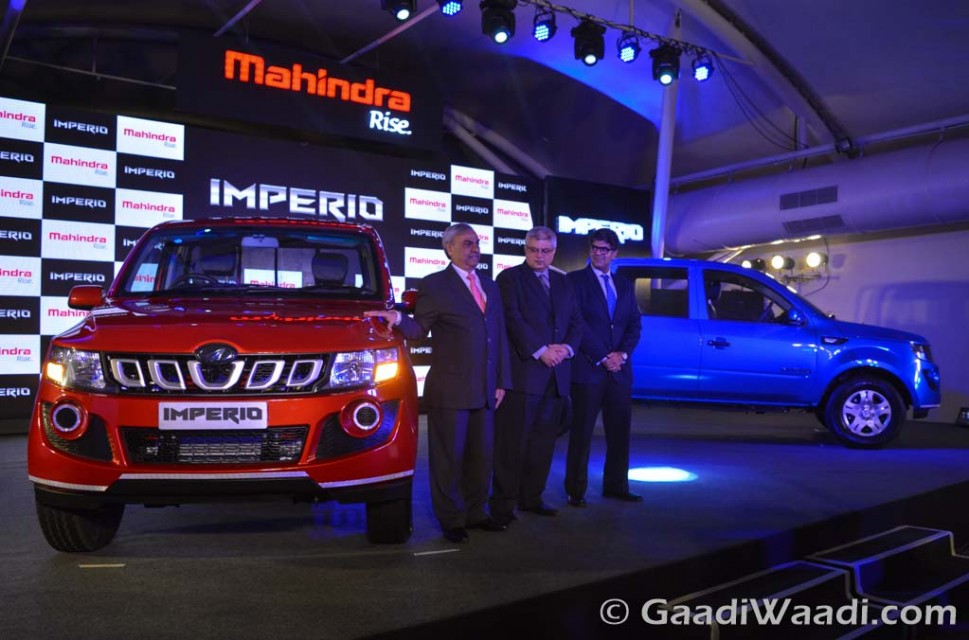 The Imperio premium pick-up truck will get to a top speed of 120 kmph and has a class-leading fuel efficiency of 13.55 kmpl. 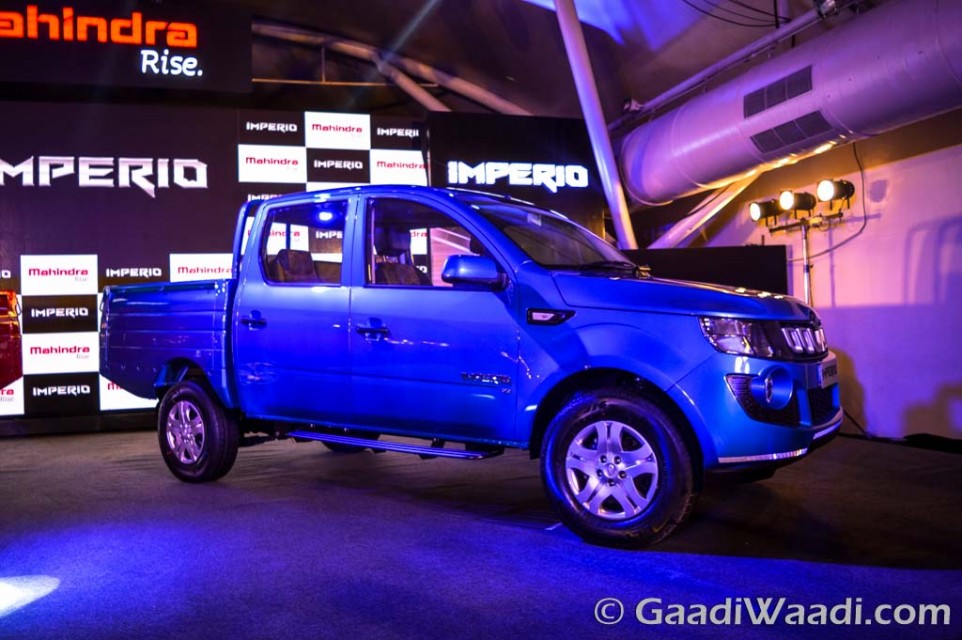 The facelifted commercial vehicle looks in complete contrast to the Xylo MPV it’s based on and share platform with as the new pick-up has a revamped exterior design. The existing Genio sold in the domestic market is basically a re-modified commercial version of the seven-seater Xylo.

Whilst the pre-facelifted model borrowed the front fascia design of the Xylo, the launched Imperio gets an all-new slotted front grille with silver accents making the commercial pick-up a lot more sharper. The set of new sleeker rectangular headlamps depose the gawky ones and make the Imperio to have a bolder and aggressive stance with wider air dams. 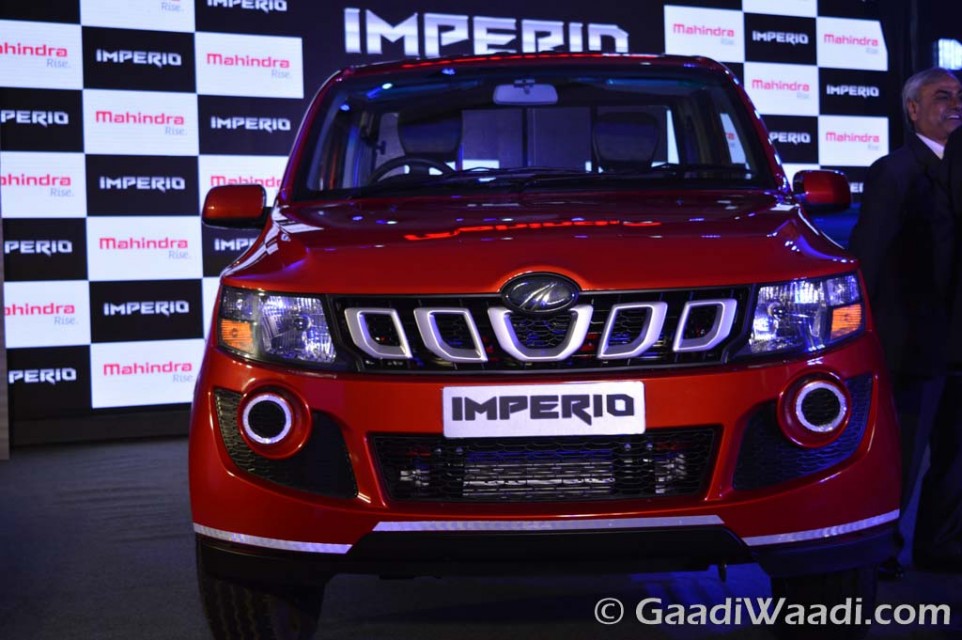 The front bumper has also been redesigned with integrated circular foglights and new turn indicators on the front panel reassert the Indian manufacturer’s move to bring forth the pick-up in line with a more passenger vehicle appearance. It has payload capacity of 1,240kg and sits on 16-inch alloy wheels.

Whilst the flatter bonnet with a bulge rising from the sides is an attractive addition to the improved visual of the commercial vehicle, the front fascia styling could be emulated in the future Mahindra SUV models.

As for the mechanicals, no changes have been made with the outgoing model’s power unit being carried forward. The Mahindra Imperio gets power from the 2.5-litre four-cylinder mDI CRDe diesel engine that will produce about 75bhp of maximum power and 220Nm of peak torque.

The torquey diesel mill will be mated to a five-speed manual transmission and only two-wheel drive system has been made available for Indian market as before.

For export markets, the Imperio will have the more powerful 2.2-litre mHawk diesel engine churning out 120bhp of power and 280Nm of peak torque. It will bear a standard two-wheel drive system with an all-wheel drive being offered as option. 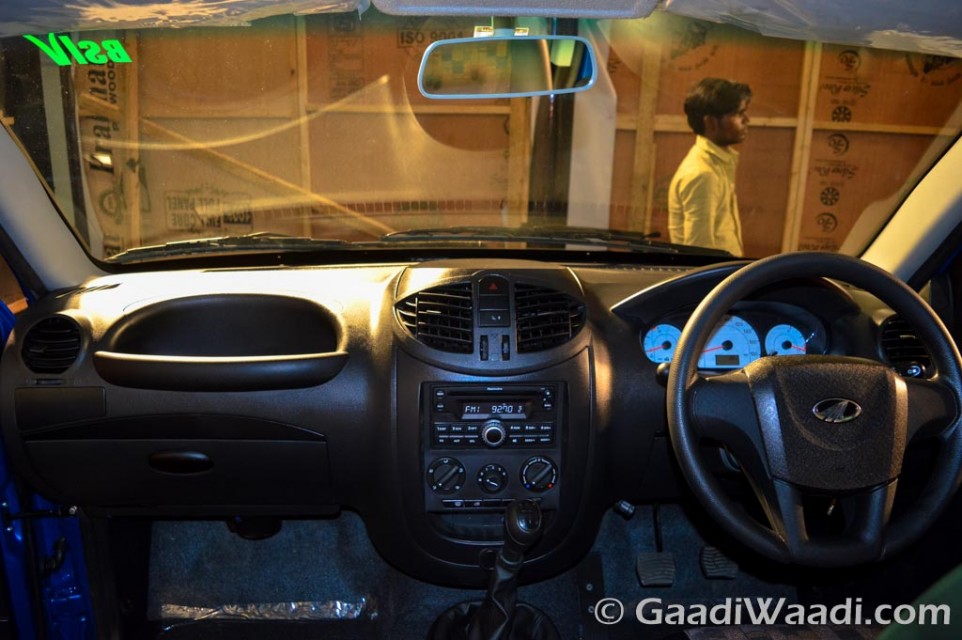 The new commercial truck was more likely to come aboard with the country’s largest SUV maker’s start-stop micro-hybrid technology for better fuel efficiency but it turned out not to be the case.

Developed at Mahindra Research Valley in Chennai and manufactured at the company’s Chakan plant, the Imperio competes in the sub-3.5 ton LCV segment against Isuzu D-Max pick-up truck.