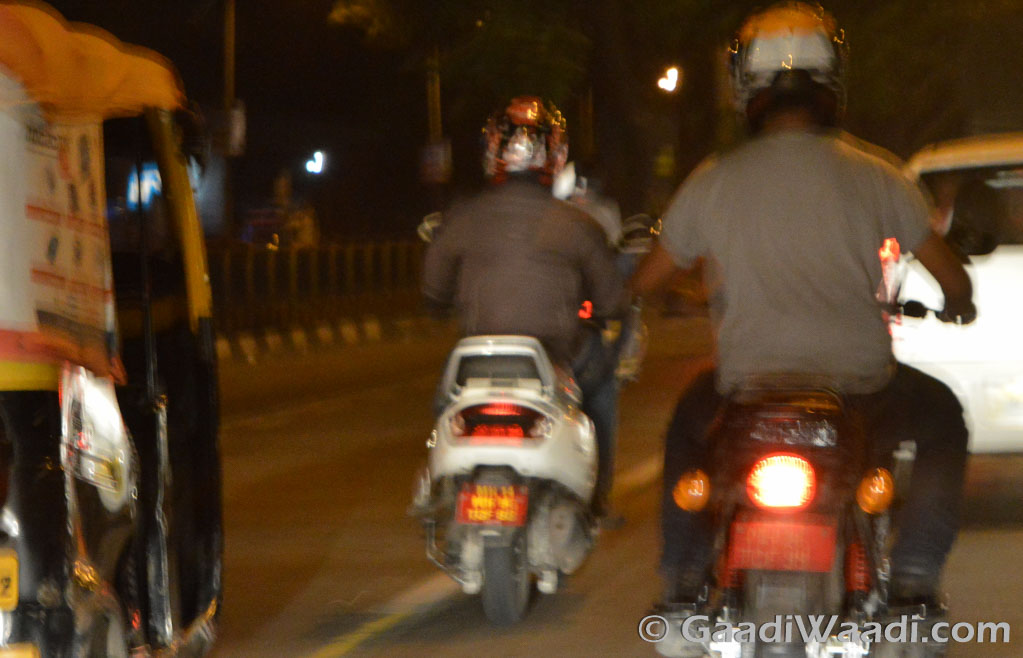 Sources confirm with us that Mahindra Gusto125 is the scooter that is launching, It has been caught testing as well

Mahindra has finally heard us all enthusiast and customers. A 125cc scooter was necessary and is finally here. We were all pretty much right too. Our sources now confirm with us that the G108 Scooter is the the Gusto 125. Scooter market is growing rapidly in all segments from the 100cc to the 125cc. Mahindra themselves have been doing really well in this category for a new player with this brand new grounds up product. Almost selling 10,000 units a month, the Gusto has shown signs of success and Mahindra really want to take it forward with this new powerful engine.

Mahindra Gusto125 will the flagship scooter and most likely the other 125cc scooters in the stable will be shown the bin. This new engine is made from the help of the guys at AVL. The guys who helped Mahindra make the 111cc engine in the first place. This all-aluminum engine is all ready shown its capability in terms of NVH and performance and as of now there have not been massive issues like the past.

We expect this CVT gearbox equipped engine to make quite a bit more power and torque over the 111cc engine. Finally the capable chassis and the kerb weight of 120 kg will be masked well enough to aid the scooter’s performance. Power and torque figures will stand around 10 PS and 10 Nm of torque and should come higher in the rev band without spoiling the fuel economy and providing more performance.

Aesthetically, in these images our photographer source confirm front also has changes and the rear minute changes done to it. Side profile will remain pretty much identical. The scooter was caught testing in Pune. Mahindra is got a winner on their hands as before if they can price it.

The features which were on-board with the 111cc engine, if come to the Gusto 125 as well, this will make the Mahindra Gusto125 truly value for money. The VFM package is the reason along with height adjustability are key points for the Mahindra scooter. Launch and ride happens on the 12’th of January which is just a week away. Stay tuned for more on the same.