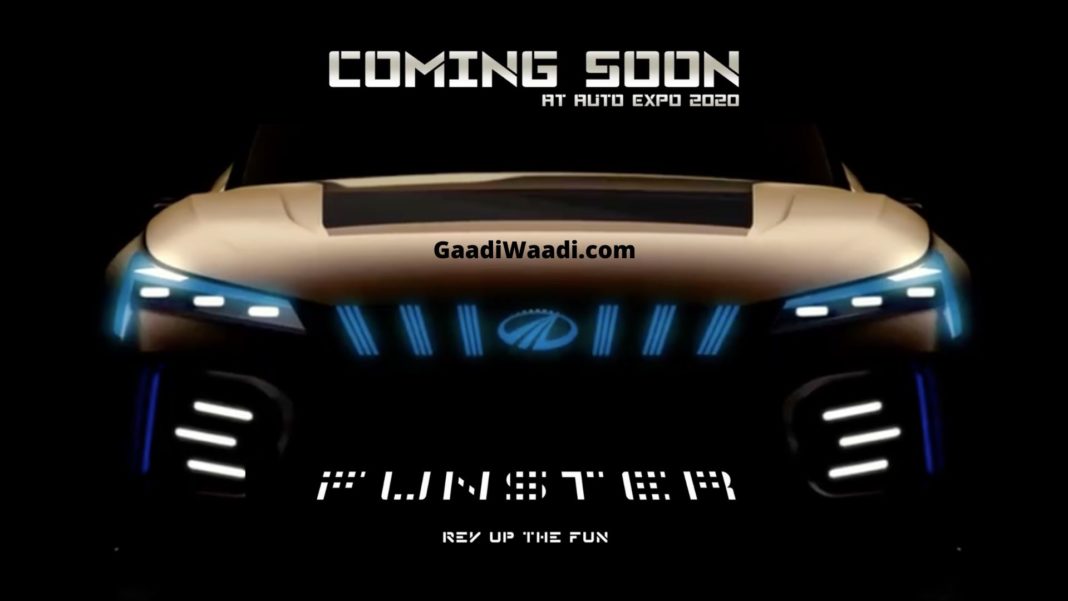 Mahindra Funster is expected to produce more than 312 PS and send power to all the four wheels; reportedly capable of 0-100 kmph in under 5 seconds

Mahindra & Mahindra has released its first teaser video for the Funster concept ahead of its global premiere at the 2020 Auto Expo scheduled between February 5 and 12. The fifteen-second teaser showcases the exterior of the electric design study and it could spawn the next generation XUV500 bound for late 2020 in more ways than one.

The Funster has a futuristic exterior with the front fascia comprising of sleek triple LED lights on each side encompassed in inverted L-shaped Daytime Running Lights just as the XUV300. However, they do not flow down and meet the bumper as long as in the compact SUV. The bumper is rather moderate with horizontal LED lights stacked one below the other.

The Mahindra logo flanked by vertical inclined slats have blue illumination as the DRLs. The side profile has muscular character lines and contours with large fenders while the body has a golden colour finish. The alloy wheels with blue highlights complement the overall look of the electrified SUV concept.

Fun just got a new look! Visit the Mahindra pavilion at the #AutoExpo2020 and discover the ultimate mode of thrill. We are sure you'll crave for more! #DrivenByPurpose pic.twitter.com/mHRzRjYndR

With a tagline ‘Rev Up The Fun’, the Mahindra Funster has sharp slanting tail lamps that extends till the edge of the rear fender. Reports suggest that the e-SUV will be a performance based one with a four-wheel-drive configuration. Mahindra could have taken the learnings from Automobili Pininfarina in making hardcore electric concepts.

The high-capacity electric motors are said to develop a combined power output of well over 312 PS and they will work in tandem with a 60 kW Lithium-ion battery pack. The Mahindra Funster can reach from zero to 100 kmph in less than five seconds and whether it will spawn a production version or not is yet unknown. 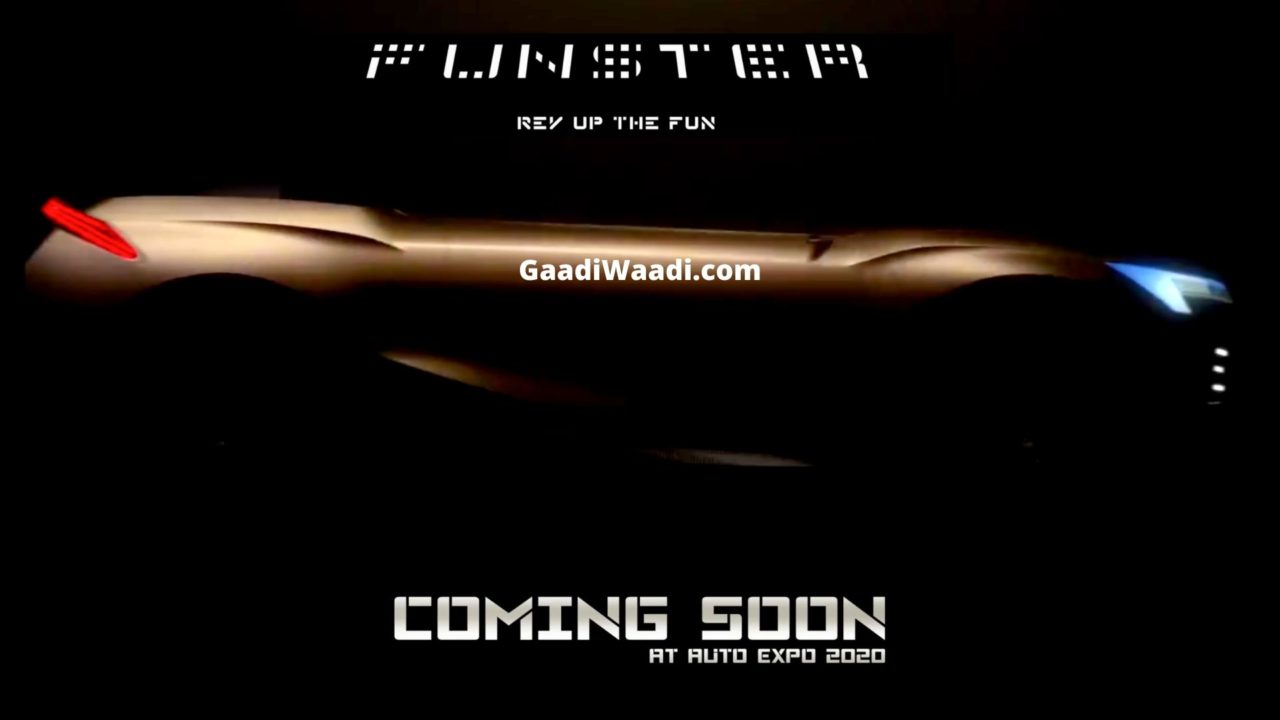 Expected to be based on MESMA (Mahindra Electric Scalable Modular Architecture) platform, the Funster will be accompanied by an electric quadricycle, zero-emission XUV300 and the production-ready e-KUV. The interior of the Mahindra Funster could comprise of minimalistic or absence of physical buttons.

It could be claimed capable of autonomous driving capabilities along with boasting advanced safety and driver assistance features. With just two days away from its debut, we expect to hear more about the Funster from Mahindra in the forthcoming teasers.