Mahindra & Mahindra has taken the opportunity at the opening press day of the 15th Auto Expo to showcase its futuristic concepts. The homegrown auto major has launched the eKUV100 in the domestic market with 150 km range and for a highly affordable price of just Rs. 8.25 lakh (ex-showroom, New Delhi) alongside debuting the eXUV300 concept.

During the time of the regular XUV300’s launch in mid-February 2019, Mahindra revealed that its electrified variant has been in the works. The eXUV300 concept retains the basic silhouette of its IC-engined sibling which in turn based on the SsangYong Tivoli’s platform. Draped in white body colour, the eXUV300 gets unique headlamps and quirky inserts where the front grille would generally be present.

The blue surrounds over the headlamps and in the lower portion of the bumper just above the front lip spoiler signify the eKUV300’s electrified demeanour. The rear features the same shape of the regular XUV300 but the LED tail lamp inserts are completely different and it stands in accordance with the headlamp graphics. 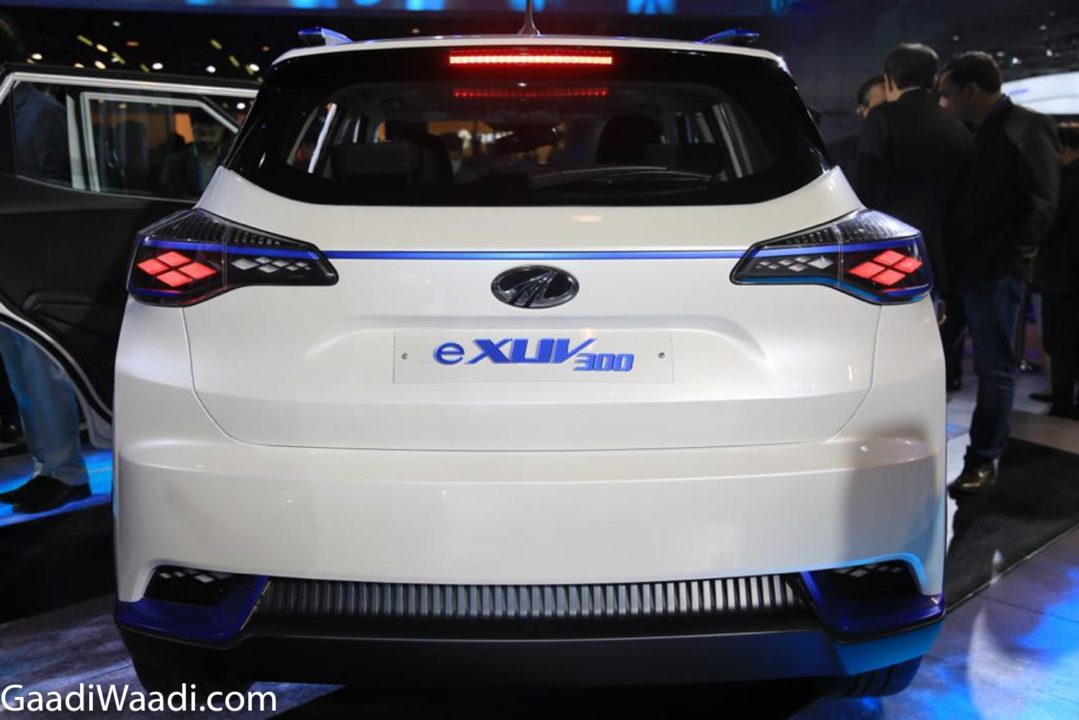 As in the eKUV100, a blue line runs across the width of the electric SUV and the tailgate mounted license plate has been scribed with ‘eXUV300’. Other highlights include the high-mounted stop lamp, overtly done up lower black bumper with what appears to a lip spoiler and black touches to the tail lamp. The interior features a dashboard mounted touchscreen infotainment system with blue surrounds to the AC vents.

The analogue instrument cluster with two rotary dials flank a large MID that will presumably show battery status and other useful information. The production version of the eXUV300 has been confirmed to launch in the second half of next year and the overall range is said to compete with the best in the market. 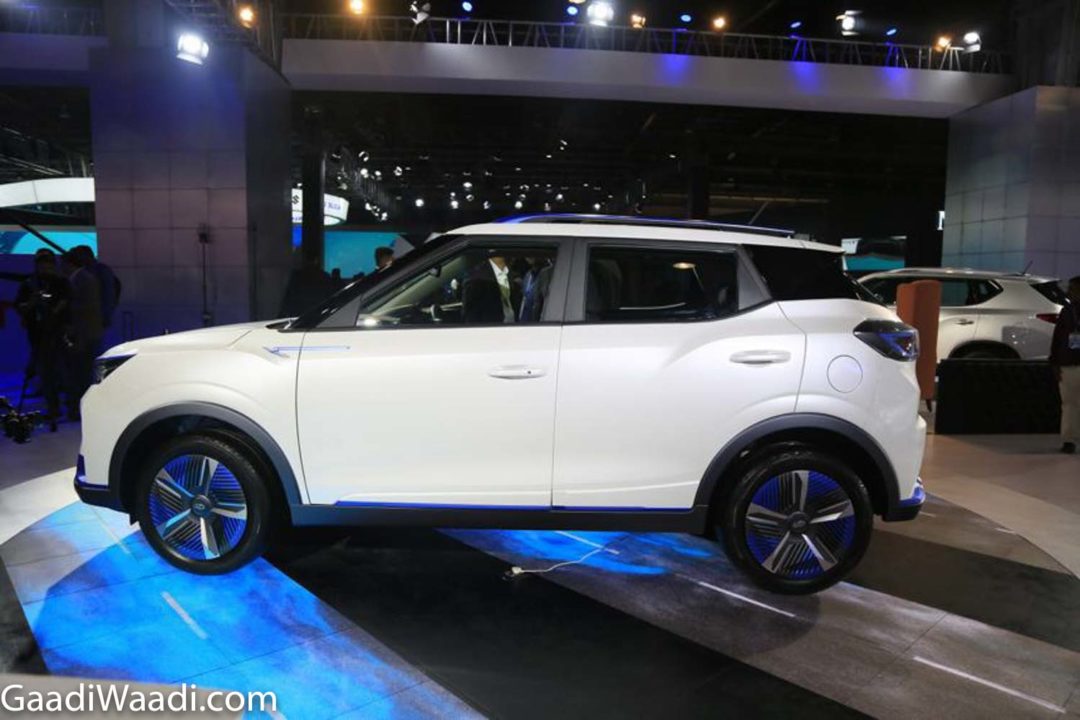 The road-going version will compete against the recently launched Tata Nexon EV with an introductory price of Rs. 13.99 lakh (ex-showroom). Expect the eXUV300 to have a claimed range of more than 300 km on a single charge and it will be offered with fast charging capability.