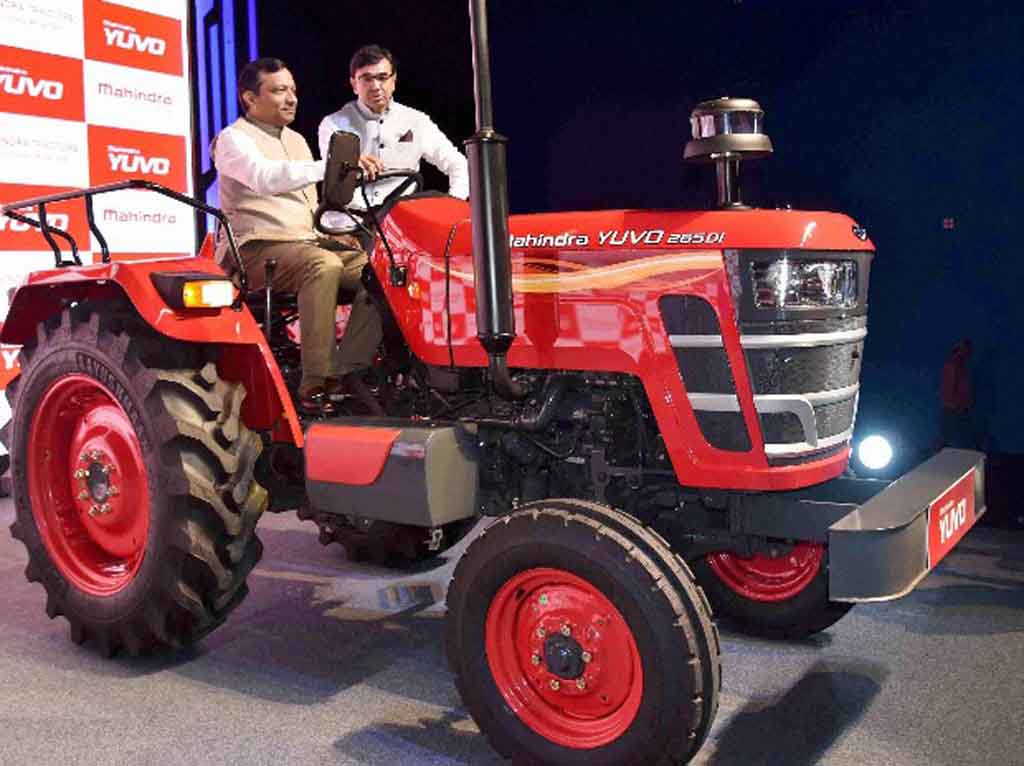 Mahindra & Mahindra is the largest tractor manufacturer present in India. Now the company is mulling the possibilities of a driverless tractor in the country. The group chairman Anand Mahindra has already hinted about the plan in Mumbai on Wednesday. He sees the future mobility large shifting focus toward autonomous driving solutions. The autonomous tractor will play a crucial role in the development of agricultural sector in the country, as Mr. Mahindra believes.

The Indian origin company has 43% share in the tractor segment Indian domestic market. The company has been acquiring its competitors and moving toward being bigger. Last year the company bought 33% share in Mitsubishi Agricultural Machinery, which has helped Mahindra to strengthen its presence in the heavy duty tractor market. In last fiscal Mahindra sold a total of 240,721 tractors combined in India and overseas.

Talking about his and his company’s goal Anand Mahindra pointed out towards Tesla boss Elon Musk’s plan to launch autonomous commercial vehicle. He hinted, that Mahindra also walking the same path. Mahindra has been making headlines with unconventional mobility solutions for quite some time. The Mumbai based auto major is the first company in India to launch two fully electric powered vehicles in the country.