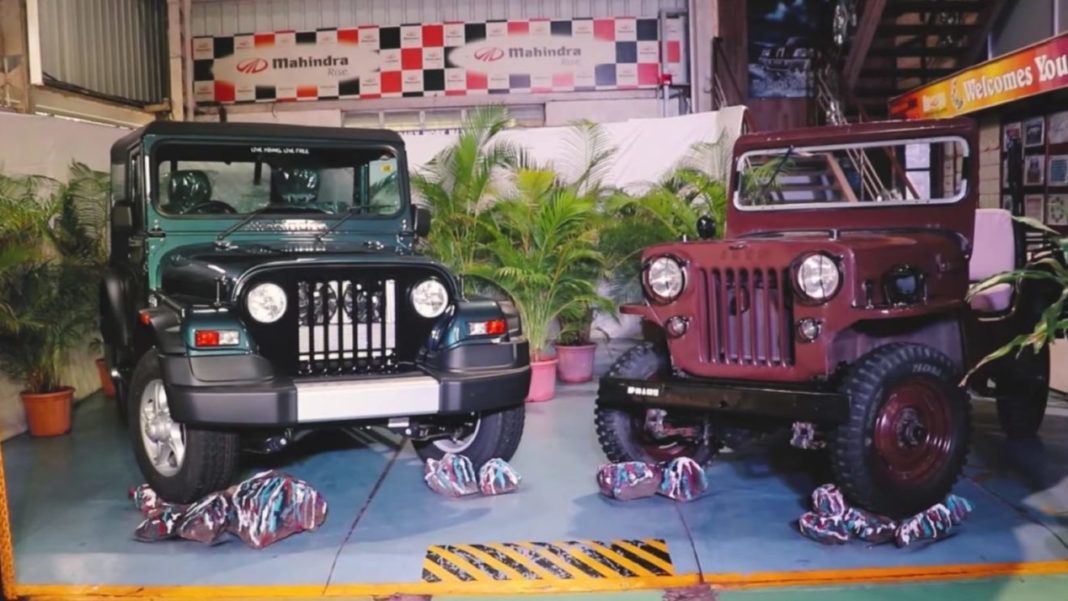 Mahindra recently paid tribute to the iconic Thar SUV by introducing a limited-run Thar 700 edition. The tribute was paid as Mahindra will soon stop the production of the current-gen Thar to replace it with the next-generation model – the 2020 Mahindra Thar SUV. The Mahindra Thar 700 Limited Edition was launched at a price tag of Rs 9.99 lakh (ex-showroom Delhi) and only 700 units of this specially made Thar will be manufactured.

The video reveals how the vehicle is built piece by piece by skilled workers. The video also highlights how the outer body is made on the assembly line, installing the body onto the ladder frame chassis, adding parts like tail lights, installing the engine, adding wheels, and pasting various badging items such as 4×4, special edition Thar 700, and Thar CRDe.

The highlight of the video, however, is when you see a Thar 700 sitting next to the original CJ-3 series Jeep showing how Mahindra has evolved from manufacturing Jeep licensed CJ-3 to manufacture Thar 700. This is a special moment for Mahindra as the next-gen model will be based on an entirely new platform as the Thar 700 is the last product to sit on Jeep’s platform.

As for the Thar 700 special edition itself, it comes with various changes most notably two colour options, Aquamarine Blue and Napoli Black. Other key changes include sporty 5-spoke alloy wheels, trendy decals on the bonnet and sides, blacked-out front grille, silver accents on the front bumper, leather upholstery, and THAR logo on front seats. In terms of safety, Thar 700 also get ABS. 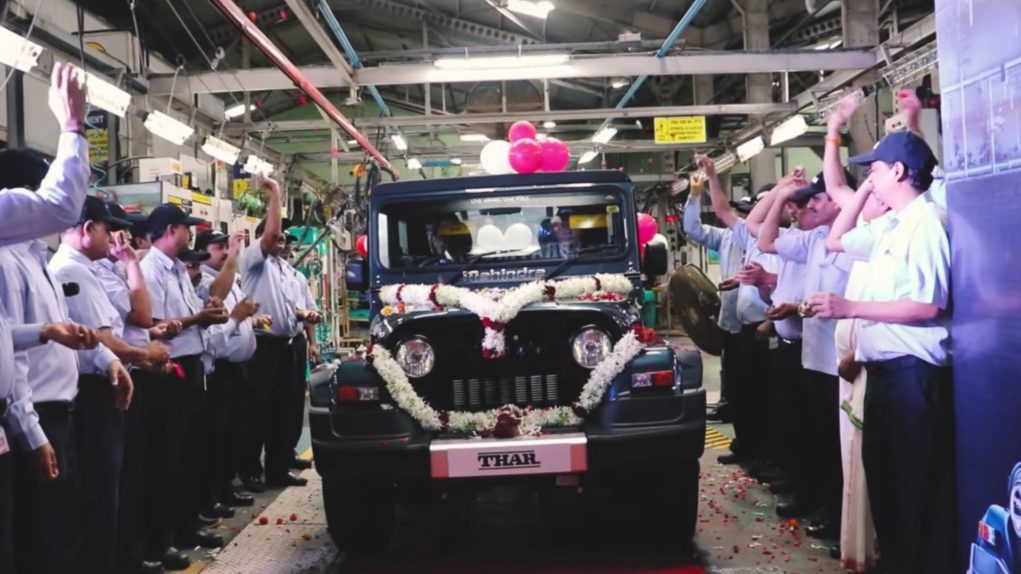 There are no changes in engine configuration as the Thar 700 special edition continues to power using the same 2.5-litre 4 cylinder turbo diesel engine that generates a max power of 105 bhp and max torque of 247 Nm. The engine is mated to a 5-speed manual gearbox.

The next-gen Thar, which is under development will get a more powerful 2.0-litre turbo diesel engine that will make around 140 bhp. It will also get several feature updates such as touchscreen infotainment system, power windows, front-facing seats and option of hardtop variant.