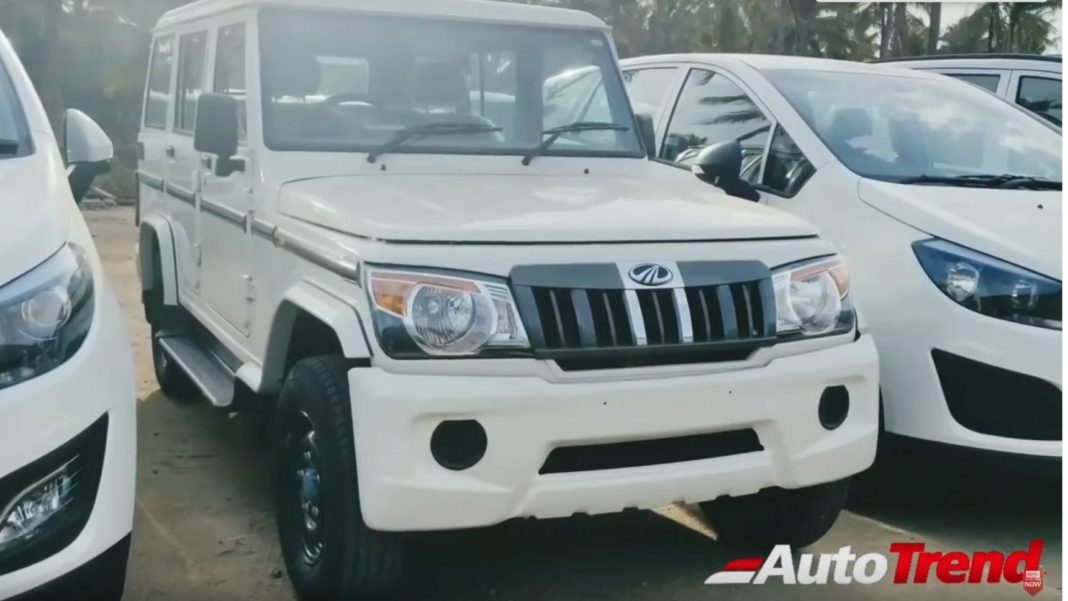 The Mahindra Bolero Power+ recently got a slew of features updates, including ABS and driver-side airbag to achieve compliance with the stringent safety norms

In the past few months, Mahindra and Mahindra has introduced a slew of updates for the Bolero Power+. These new features, which include ABS with EBD, driver’s airbag, rear parking sensors, high-speed warning and front seatbelt reminder, help the Bolero comply with the stringent safety norms. Out of these, it’s the driver’s airbag that’s the most recent addition but goes on to make the MUV a lot safer for its user.

Today, we have a video that shows the updated Mahindra Bolero Power+ from both outsides as well as inside. As can be seen in this video, the Bolero remains totally similar to its earlier version on the outside, with not even a single new detail that has been added to the vehicle in the last few updates.

Even the interior doesn’t look too different but does get a few changes. The steering wheel, for starters, is new and comes from the Mahindra TUV300. This change has been necessitated due to the introduction of the driver’s airbag. The earlier steering wheel wasn’t capable of accommodating an airbag and hence, the company used one from the TUV300’s parts bin.

Also, the dashboard of the updated Mahindra Bolero Power+ gets a new set of warning lights on the right side of the wheel. These include airbag malfunction warning and even a seatbelt reminder lamp. The Bolero shown in this video is the base model (Sle) and hence, it isn’t equipped with too many convenience-enhancing features. While the cabin does get an aircon, there is no heating option available. Also, the interior misses out on things like power windows.

Powering the latest Mahindra Bolero Power+ is a 1.5-litre oil-burner that produces a maximum power of 70 bhp and a peak torque of 195 Nm. As the Power+ is a sub-4-metre model, the 1.5-litre mill helps it benefit from the lowest GST rates applicable on four-wheelers. Compared to the regular Bolero, the Power+ gets slightly different bumpers to duck under the 4-metre overall length mark.

The Mahindra Bolero has been one of the most popular UVs of the country. At one time, the UV used to even outsell the highly popular Maruti Vitara Brezza. However, the fact the likes of Brezza are fairly more modern than the Bolero range has surely worked against the latter.