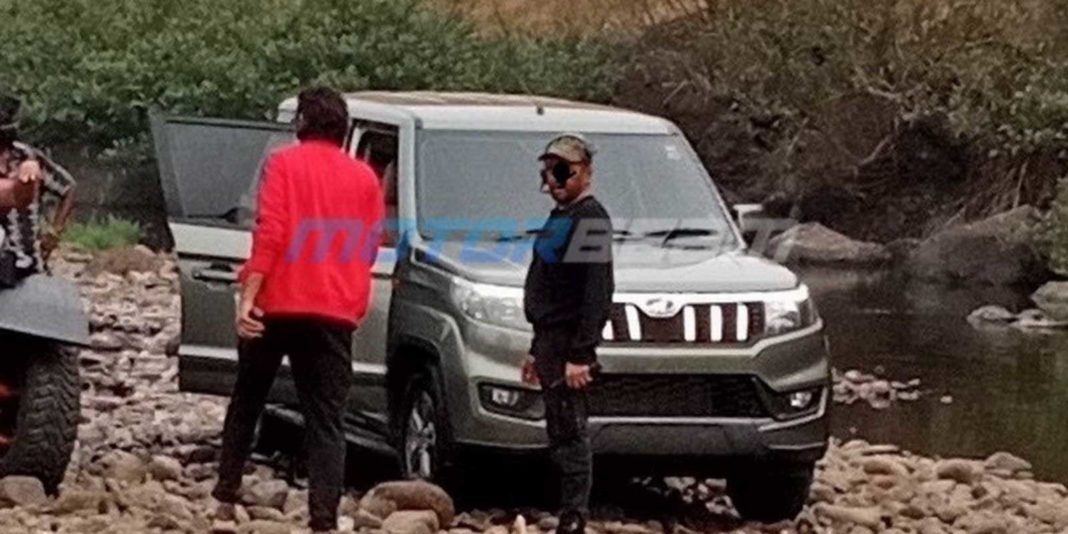 An undisguised test mule of the upcoming TUV300 facelift has been spotted on what looks like an advertisement shoot in Malshej Ghat, Maharashtra but with a bit of a twist. We showed you spy pictures of the production-ready TUV300 facelift quite a few times already but the undisguised images indicate a new identity to the sub-four-metre SUV.

It appears to have been renamed as ‘Bolero Neo’ and it will point the finger at what will happen to the original workhorse that has been in the business for more than two decades without much change to its underpinnings. The TUV300 was removed from Mahindra’s official website midway through last year and the monthly sales stats repeatedly showed zero sales for the compact SUV.

It is making a comeback in a facelifted avatar and to create perhaps a different appeal and rejuvenate interest amongst customers, the Bolero Neo name could have been roped in – perhaps Bolero Neo Plus for TUV300 Plus facelift. We have seen iconic nameplates making a return in recent years but not every moniker has made a comeback with a bang. The Safari name has returned after nearly two years of absence in the seven-seater Harrier. 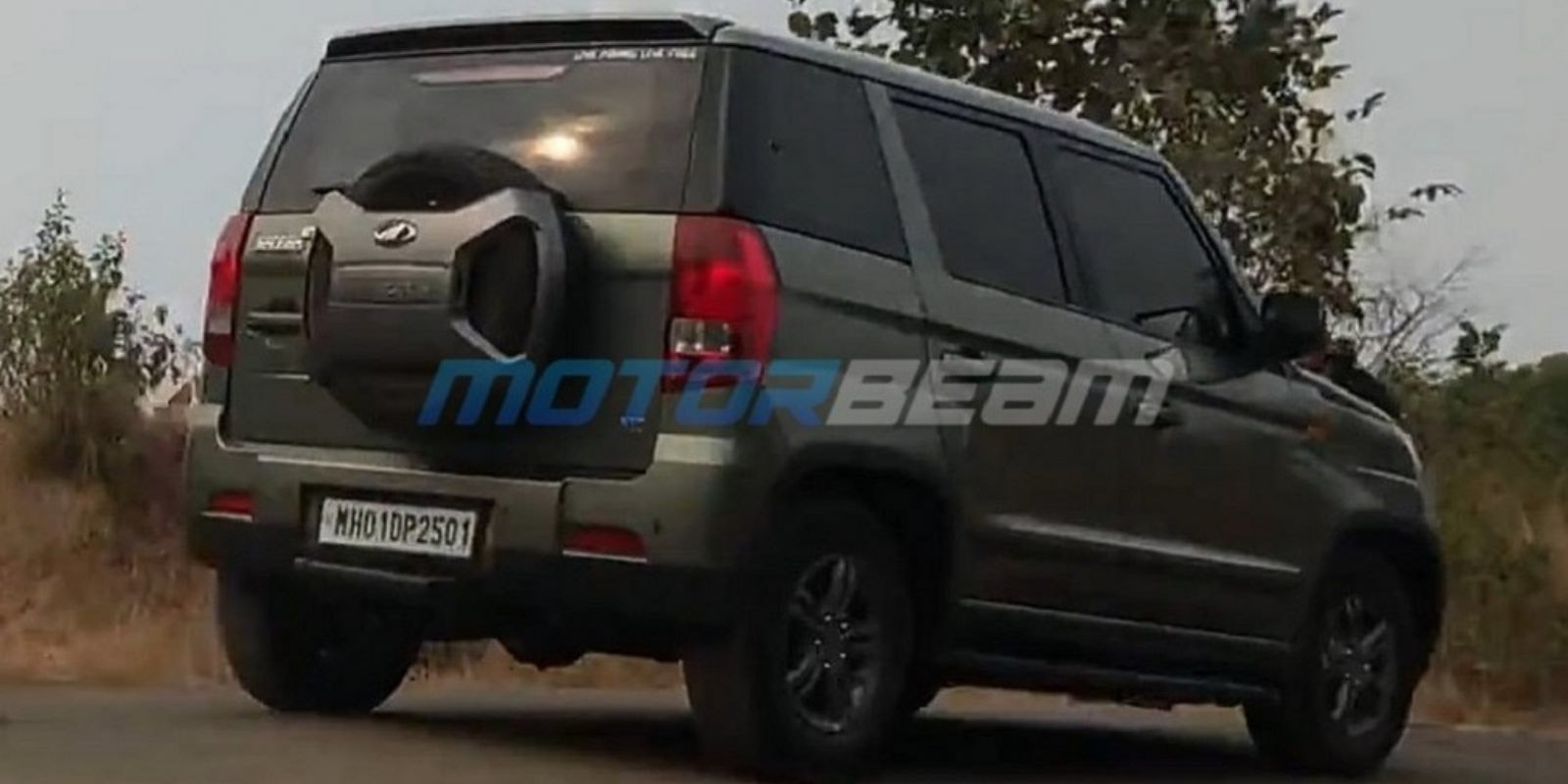 The homegrown UV manufacturer could try to give the TUV300 facelift an edge by badging it as Bolero Neo as a more workhorse rugged character could be infused into the brand and it will be interesting to see how it will be positioned in the market, as Mahindra already has the XUV300 on sale. The upright stance of the SUV remains with tall pillars and squared body surfaces but the changes are evident.

The exterior of the Mahindra Bolero Neo comprises of redesigned front grille with six vertical slats flanking the Mahindra badge and the front bumper has also been revised with honeycomb-shaped air inlets and the fog lamps are positioned horizontally in a black housing. The sharper headlamp cluster is complemented by an almost flat bonnet and lower down, you could see the faux skid plate. 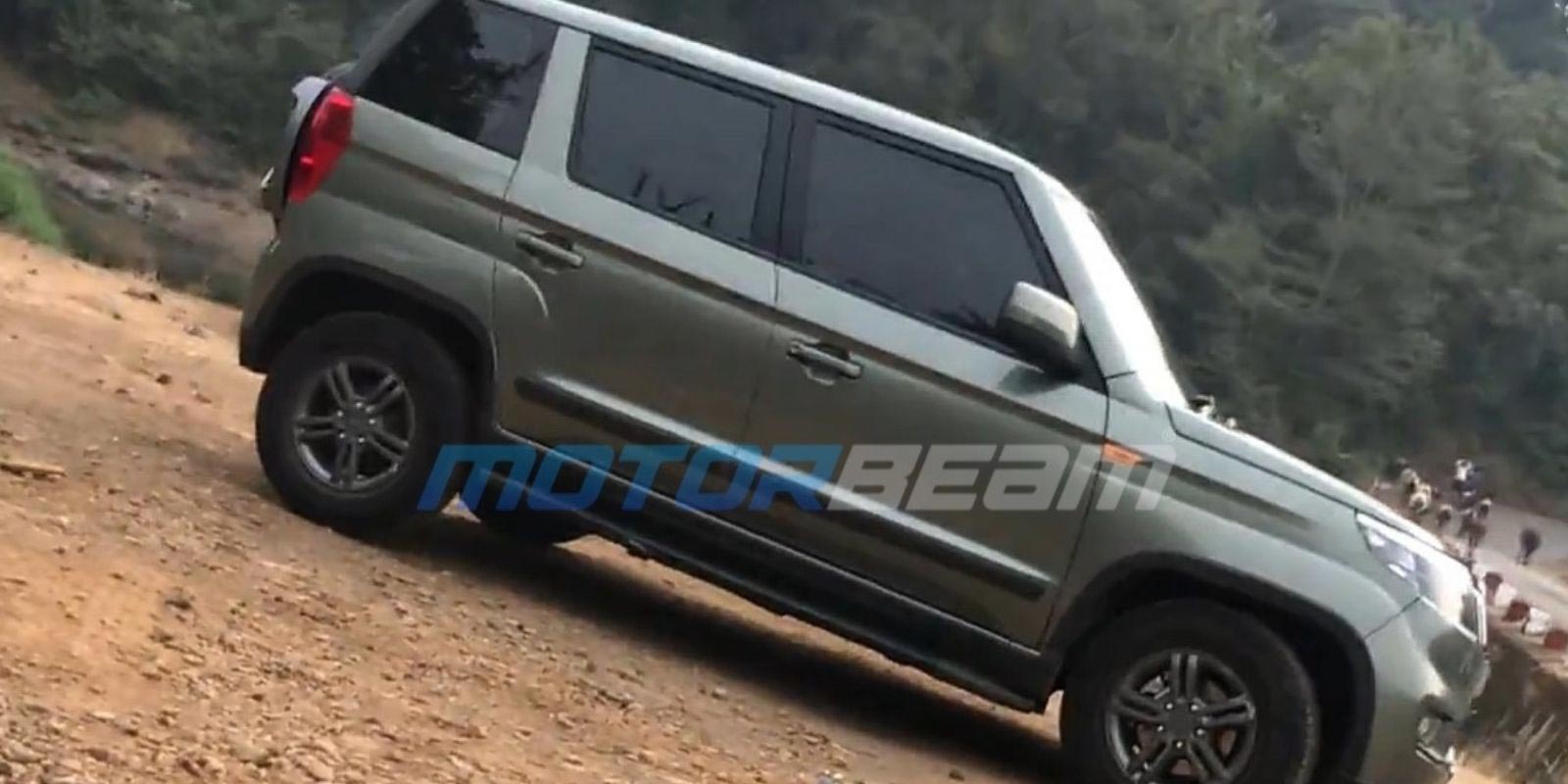 The side profile shows the presence of rather modestly designed wheels and, squared wheel arches and prominent character lines. The rear features an updated vertically stacked LED tail lamp unit while the positioning of the trunk handle and spare wheel remains the same with a roof-mounted spoiler, high-mounted stop lamp and reflectors on the bumper.

We do expect the top-spec variants to gain a touchscreen infotainment system with Apple CarPlay and Android Auto connectivity. As for the performance, the same 1.5-litre diesel engine producing 100 horsepower and 240 Nm of peak torque will likely be updated to meet BSVI emission standards. It is expected to be paired with a five-speed manual transmission as standard.