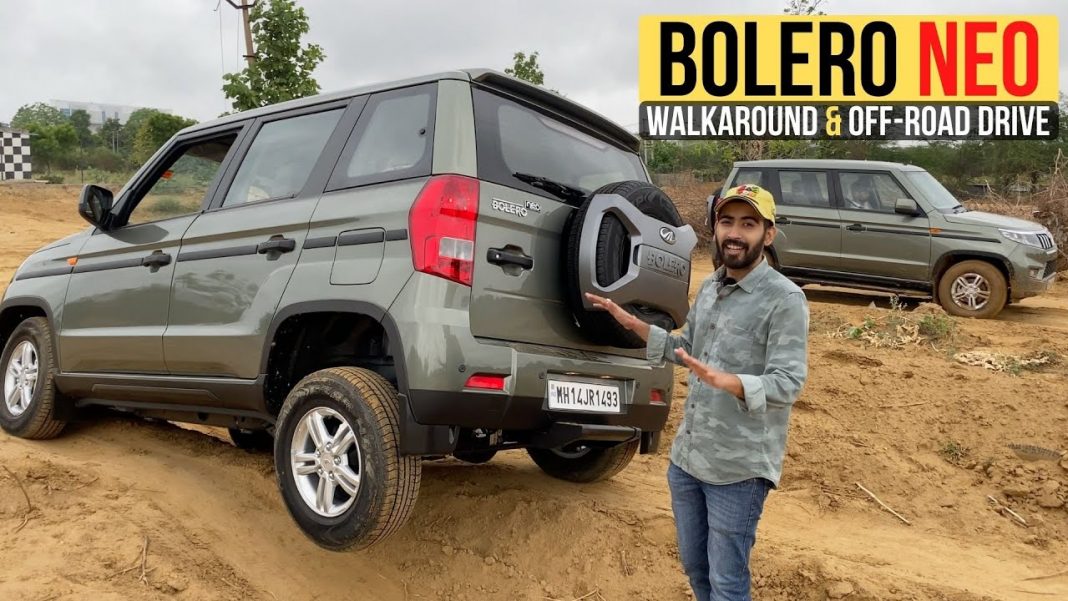 The newest Mahindra on the block is the Bolero Neo, and here’s a video that reveals all about it

Mahindra Bolero is one of the oldest and highest-selling UVs in the country. Indeed, it has grown quite old now and has started to show off its age. But is it the time for an all-new Bolero? Of course, it is! Well, the Mahindra Bolero Neo is what the Indian UV giant has in store for you Bolero fans.

The question that now arises is if it’s actually new since it looks quite like the TUV300. To find out the answer, we drove the 2021 Mahindra Bolero Neo, and here’s a video that will tell you all.

To start with, it is more than a rechristened TUV300. The silhouette, however, looks the same. The design looks more matured now. A sense of cohesion can also be felt here. On the front, there’s a new grille, along with redesigned headlamps and a reprofiled bumper. Over to the sides, the changes include new alloy wheels, omission of roof rails, and black-finished C-Pillars.

Moreover, a black applique can be seen around the waistline, mimicking the one seen on the OG Bolero. The rear facet looks largely the same, but with some noticeable distinctions, like the new X-shaped spare wheel cover and Bolero Neo badges.

Inside, there’s a new dual-tone theme for the dashboard. Folks at Mahindra have also updated the instrument cluster and the beige upholstery. While most things fall in place in the cabin, power windows switches are placed on the centre console. The equipment list includes a touchscreen infotainment unit, rear parking sensors, keyless entry, climate control, cruise control and more. Although, it misses out on a reverse parking camera and Android Auto & Apple CarPlay.

The Bolero Neo gets an RWD layout with an MLD (Mechanically Locking Differential). Powering the wheels is a 1.5L diesel engine that belts out 100 PS against 240 Nm. The gearbox is a 5-speed unit here. While the overall drivability is pretty good, the refinement levels could’ve been better. In addition, it gets a plush suspension setup. Prices for the Mahindra Bolero Neo start at Rs. 8.48 lakh and go up to Rs.10 lakh.