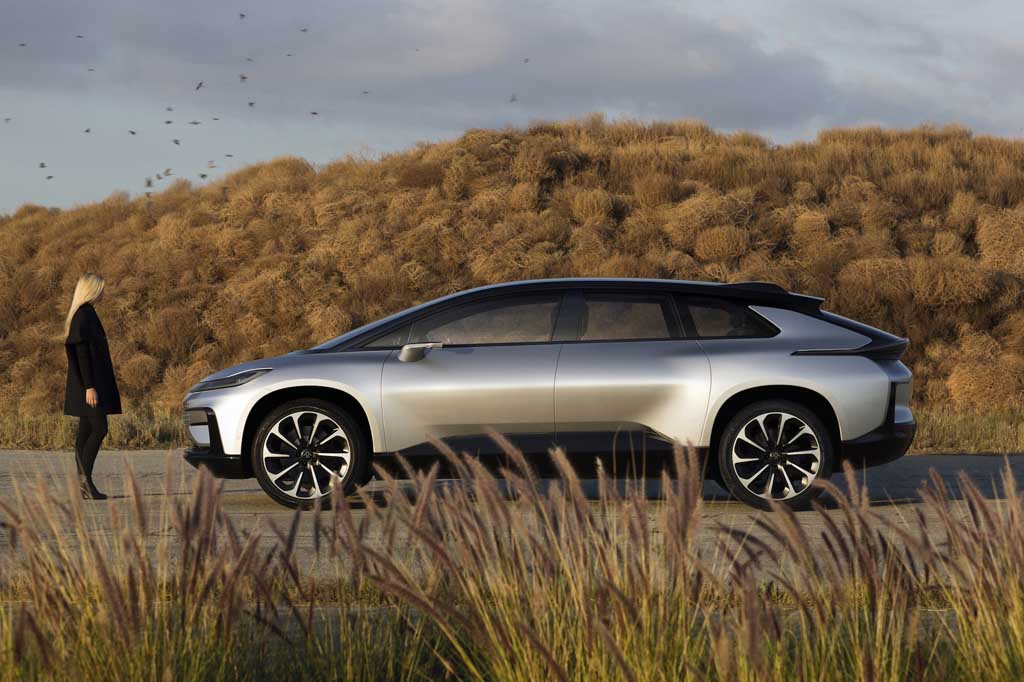 At the Consumer Electronics Show last year, Faraday Future showcased the unconventional FFZERO1, a 986 bhp all-electric concept and shocked the world. Now the startup company has unveiled another interesting product at the 2017 CES in Las Vegas christened as the FF91. Within two days of its public debut, it has also been revealed that over 64,000 reservations have been made astonishingly. The FF91 is claimed to be capable of accelerating from 0 to 97 kmph in just 2.39 seconds.

If the claims of Faraday Future are true, then the self-driving electric car is surely going to challenge the Tesla vehicles. Its acceleration is much faster than the Tesla Model S. The car was introduced through a live demonstration, in which the FF91 drove around a car park and backed into the empty space, all by itself.

Apart from the live demo, Faraday Future also showcased a pre-recorded video footage displaying the car’s acceleration from zero to 97 kmph in 2.39 seconds. The video also showcased the Tesla Model S reaching the same mark in 2.5 seconds. Embarrassingly for the startup, when Chinese billionaire Jia Yueting tried to demonstrate the FF91’s self-parking feature on stage, the car remained stationary.

The Faraday Future has faced financial troubles earlier. Therefore this vehicle was an important product from the company at CES 2017. Interestingly, among the investor list of the startup the LeEco is one major tech firm. Speaking about the car, the company’s Senior Vice President of Engineering and R&D Mr. Nick Sampson has said, the FF91 will usher in a new age of connected vehicles. Interestingly, Mr. Sampson happens to be a former Tesla engineer. 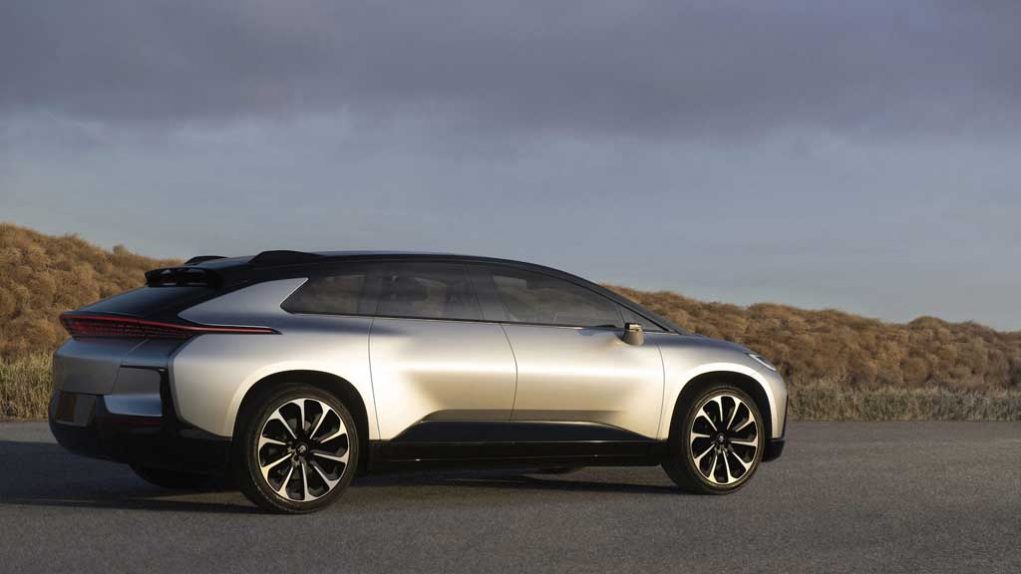 The details about the pricing of the FF91 are yet to be disclosed, but it could be priced at around $180,000 or more (Rs. 1.22 crore approx). Also, buyers can book one from the company’s website by paying $5,000 (Rs. 3.39 lakh). Faraday Future claims, this car will be competing against the high-end premium cars and shipping of this model would be starting from 2018 – at around the same time of Tesla Model 3.