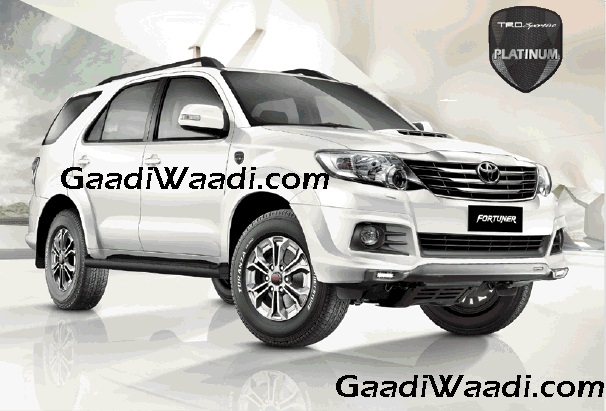 Limited Edition Toyota Fortuner TRD Sportivo Platinum  has been launched silently in the country as the festive season approaches, limited to cosmetic updates only

Toyota has been in the news for quite some time now. Toyota recently launched limited edition Liva and the Etios and also has been launching service initiatives. More recently, the company has provided 55 Camry Hybrid to the External ministry of India for the African Indian summit. Something which is one of the most important things to happen in a long time with the continent.

However, today we are first to break the story that the Toyota has silently launched the Limited Edition Toyota Fortuner TRD Sportivo Platinum in India. Yes, the TRD Sportivo was already launched a year back as it had the sports car inspired body kit. Side skirts, aerodynamic bumper, front lip spoiler, rear diffuser and a spoiler at rear tail gate were part of the package. 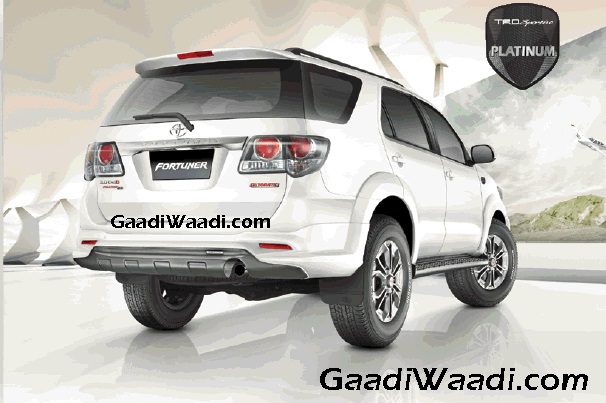 Fog lamps also have faux vents which clearly look out of place for 1.8 tone SUV. Alloy wheels is the new thing here and look different than the previous TRD version that was launched in India. For your information, TRD stands for Toyota Racing Department. 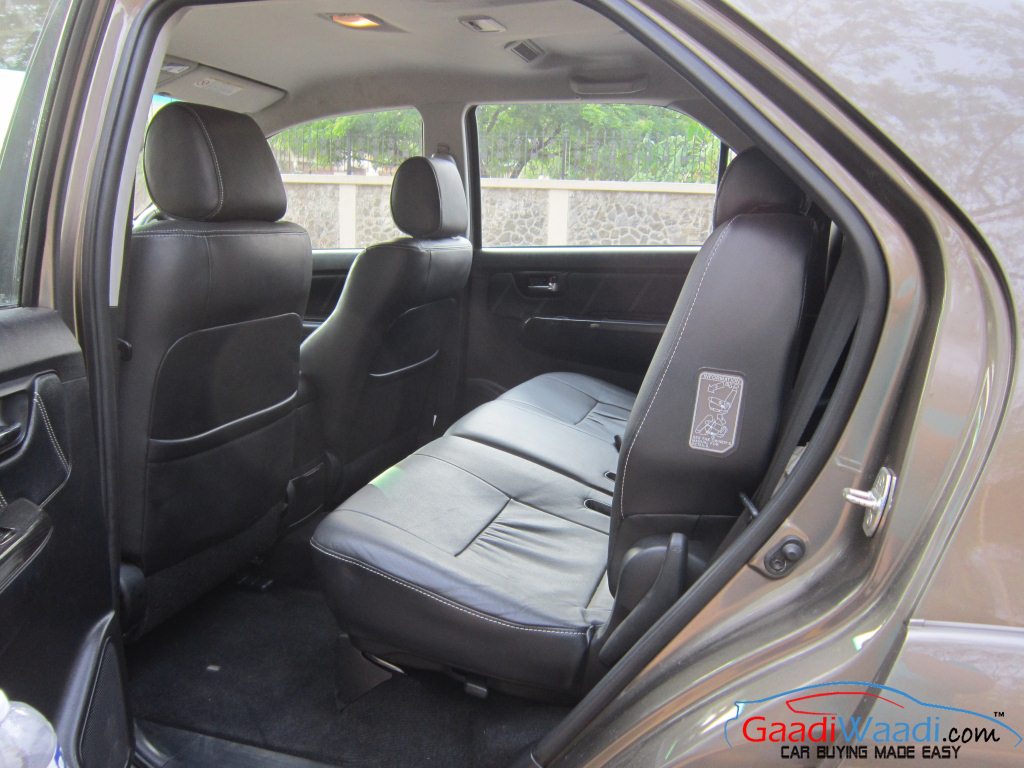 Interior remain the same on the Limited Edition TRD Sportivo Platinum Toyota Fortuner. All black interior of the Toyota Fortuner will continue to stay with a touchscreen unit in the middle and other connectivity options. Interior is the minus point of the car as it doesn’t look like a interior of 30 lakh car. 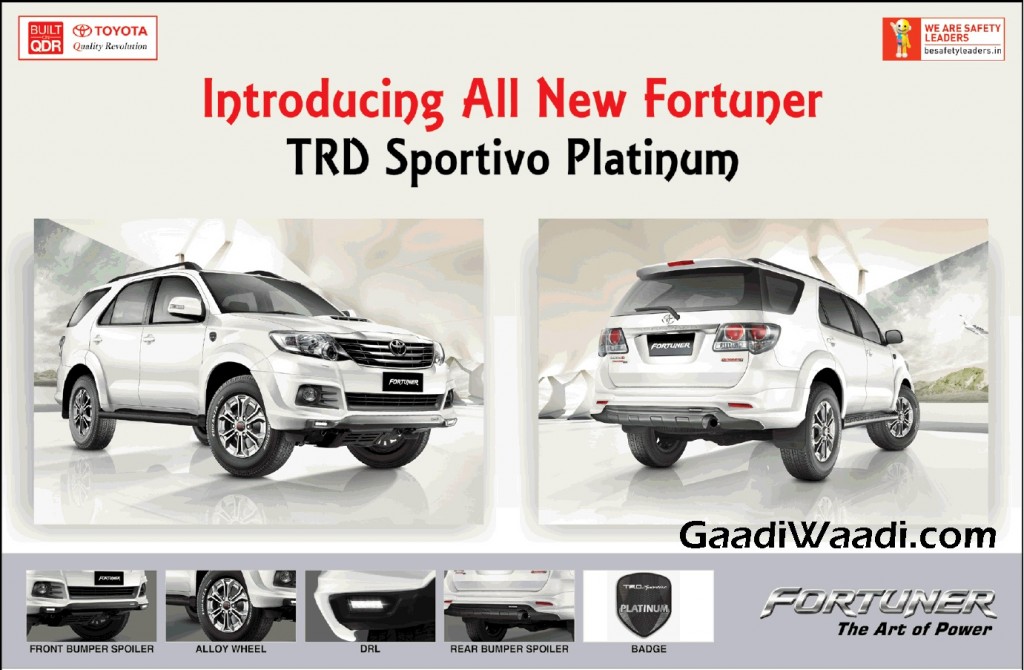 All said and done, new Fortuner is already out and it does look really good inside out. It has been delay for the Indian market for some time but it will be here and fight competition from updated rivals such as Mitsubishi Pajero and Ford Endeavour and Chevrolet TrailBlazer.