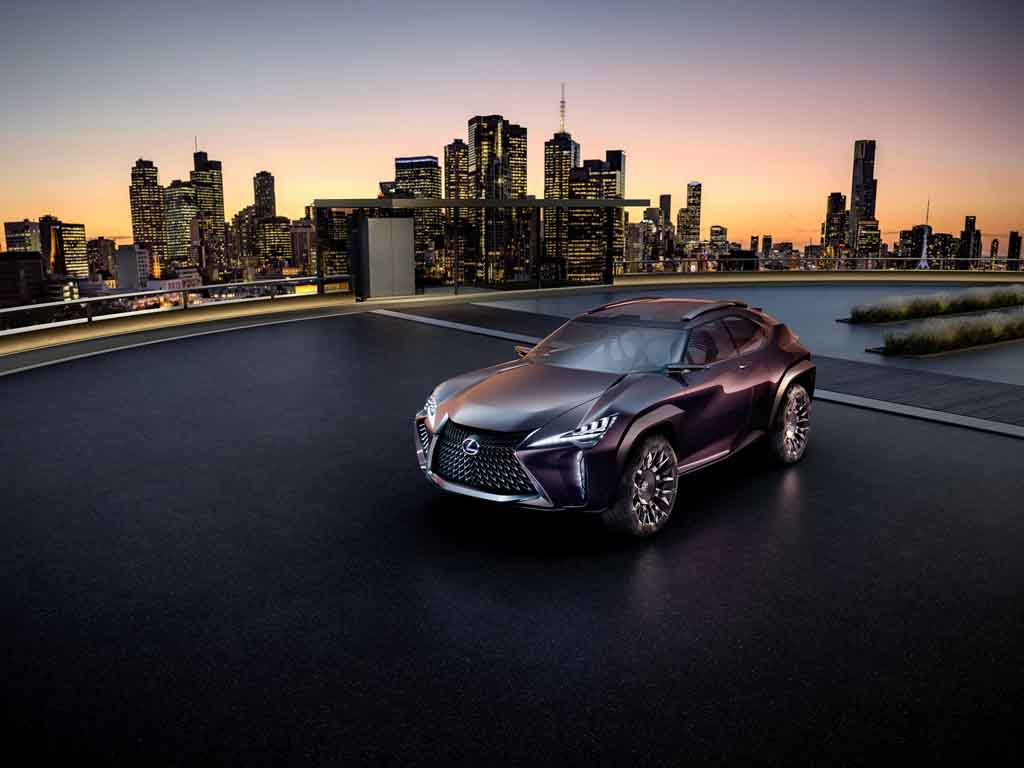 Premium luxury car band Lexus has unveiled the UX compact crossover concept at ongoing Paris Motor Show. The concept looks a bit overtly aggressive and dramatic as well. The concept comes as the brainchild of Lexus’s ED2 design centre in Southern France. It gives us the preview of what could be the future compact crossovers from the company look like.

If enters production, the UX compact crossover concept is expected to deliver an Audi Q2 rival, which could be based on TNGA platform. The car looks very much aggressive with its massive spindle grille, very sharp headlamps, and large aid dams at both sides of beefy front bumper; and this unique design approach is termed as ‘Inside-Out’ by Lexus. At the side profile of the Lexus UX concept’s wheels are something which you can only describe as menacing. These chunky wheels sit under muscular flared wheelarches. Apart from that it features sharp contours with the sleek pillars, roof rail, and coupe like roofline. Instead of conventional ORVMs, the concept features rear facing cameras, indicating toward the premiumness of UX concept.

The concept also features rear suicide doors, which definitely gives it an appealing look. The rear fascia too bears the same aggressiveness with a wide LED strip, roof spoiler, chunky bumper and twin rectangular exhaust vents. If the exterior is not enough to impress you, then the interior will surely do. The seats inside the cabin incorporate Lexus’s kinetic seat concept technology, as these seats come spider-web like fabric. Apart from these, UX concept features steering wheel with paddle shifters, dual-screen infotainment system with HMI technology, and a sculpted dashboard, panoramic sunroof. Interior colour theme used inside the cabin is also eye catching. Lexus is yet to reveal information about the power source of this concept, but expect both internal-combustion engine and electric powertrain to come offered.