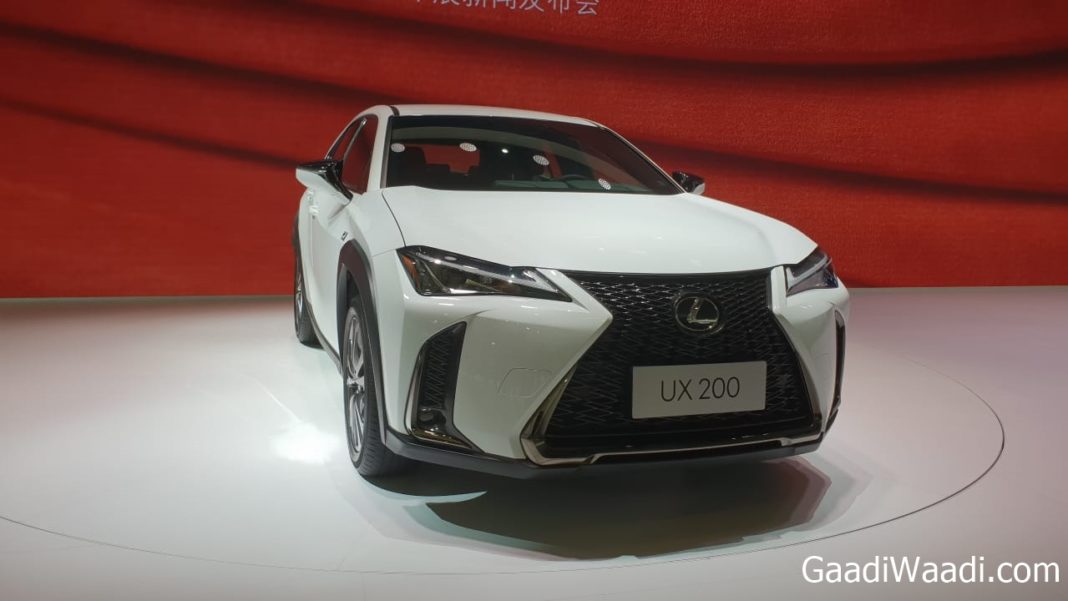 Lexus showcased new UX at 2018 Chengdu Motor Show and the global debut took place at 2018 Geneva Motor Show. The Lexus UX is the baby SUV of Lexus range and it carry forward the same design theme of concept model shown at 2016 Paris Motor Show. The design is similar to what we have seen in new generation Lexus models.

The front gets huge Spindle grille, which looks similar to other Lexus models and the company has given triple projector headlamp setup with L-shaped LED DRL. Lexus has given black plastic cladding, which runs across the body and square wheel arches along with dual tone mirror.

The UX gets full length LED tail lamps, which looks really good and an integrated spoiler at rear. Lexus has given dual tone bumper at rear. Overall, the UX is one of the best looking models in its segment. The baby SUV from Lexus measure 4495 mm in length, 1840 mm in width and 1520 mm in height.

The interior design of UX is inline with Lexus LC and the company has given new three spoke multi-function steering wheel. The instrument cluster is modern as UX gets fully digital console and the infotainment screen is slightly angled towards driver. To make interior special, Lexus has given analog clock also. 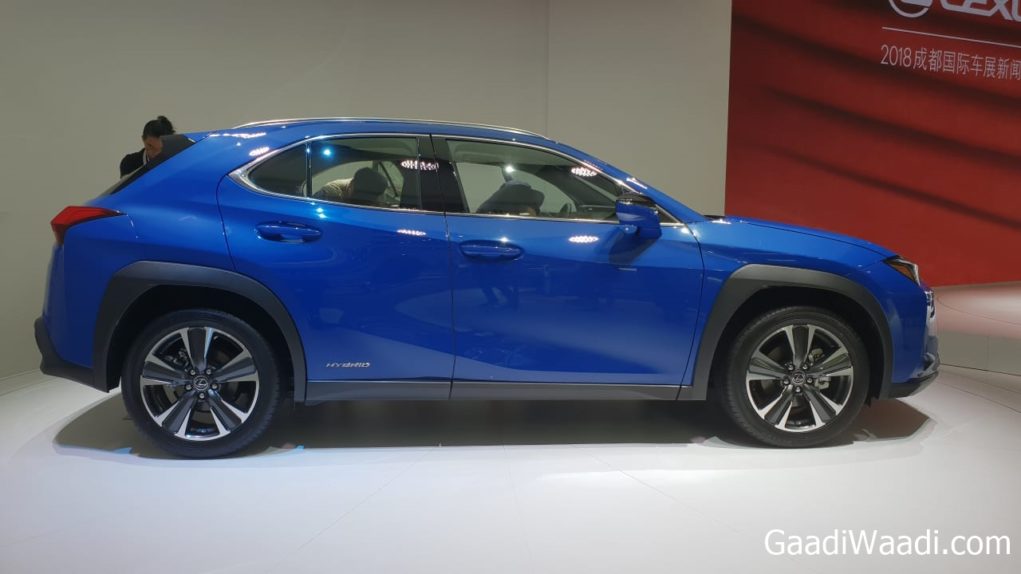 Lexus UX 250h is powered by 2.0 L four cylinder petrol engine and it is also paired with an electric motor, the combined power output is 178 hp. This engine is mated to CVT automatic transmission. The company has also given new NiMH battery and E-Four version also comes in an additional electric motor for rear. The Japanese manufacturer is yet to confirm UX for Indian market.