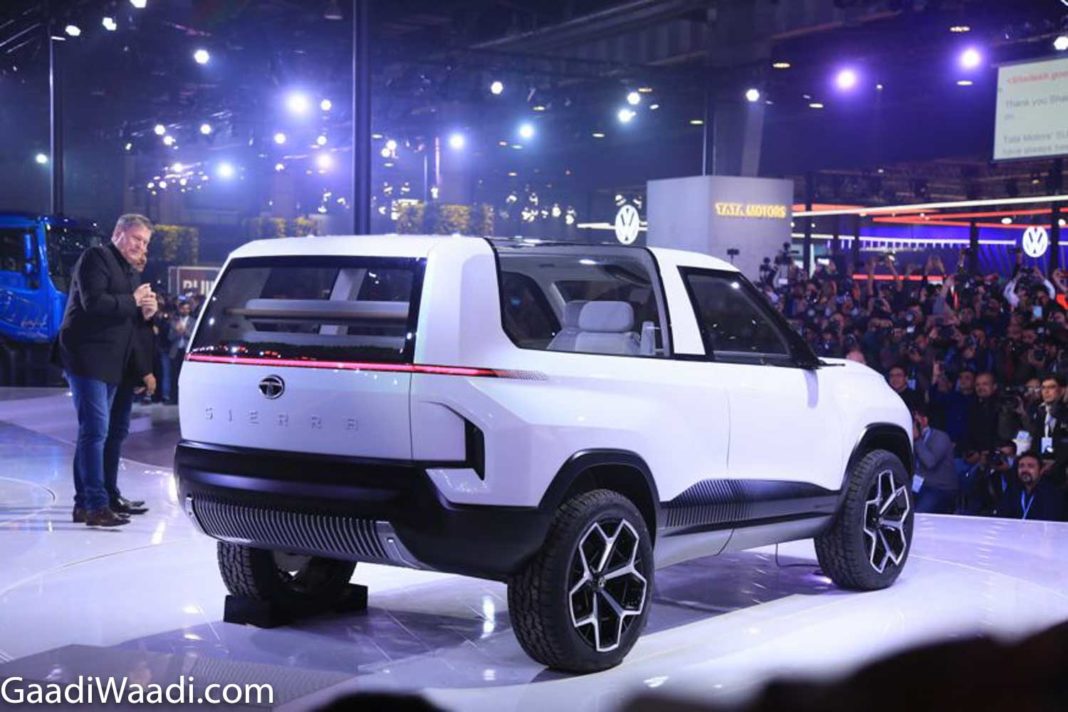 Tata Motors has taken the 2020 Auto Expo by storm by unveiling two ecstatic concepts in the opening press day of the biennial motoring show. While the HBX concept is a slightly toned down version of the H2X design study showcased at the 2019 Geneva Motor Show last year, the one that got us eyes peeled has been the Sierra concept.

The homegrown manufacturer has certainly brought back the legendary nameplate with a stunning concept and we would not help but think that it will spawn a production model in the near future. Dubbed the Sierra EV concept, Tata Motors says that it is gives a modern and progressive look into the future of SUVs and it boasts a fully electrified powertrain with no specifications revealed.

The influence of the latest crop of Land Rover models in the Sierra EV concept can be clearly seen. The front end features a wide profile with swooping bonnet structure and sleek LED headlamps accentuated by the brawny bumper section. Looking from the front, the concept narrows into the tall and raked windshield with the A-pillar given a black treatment.

The timeless design of the 1990s is there to see as the concept features rear fixed windows and three doors. The overall greenhouse is large and sturdy in appearance and it appears to have a long wheelbase. It is only fitting that the electric drivetrain would send power to all the four wheels effectively making it a capable off-roader and it increases out appetite for craving on an AWD production SUV.

Celebrating the brand’s 70 years of existence, the Tata Sierra EV concept rides on large wheels specced with off-road tyres and there are a square-shaped wheel arches done up in black. The boxy tail section has a strip of thin LED tail lights running across the width of the vehicle and below which the SIERRA name is written. 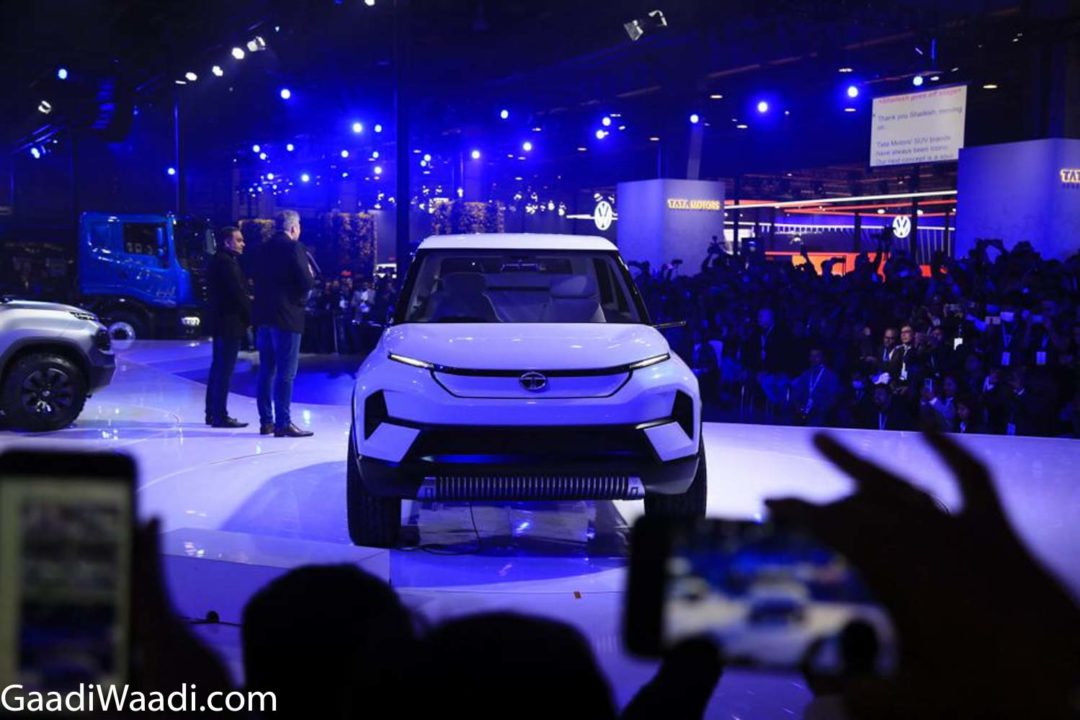 The black front and rear bumpers further enhance its SUV stance with quirky underbody protection or they could be termed as diffuser vanes. Considering that Tata brings most of its concepts into reality, bringing back the Sierra moniker could only do justice to the enthusiasts. Who’s all in for an off-road based premium SUV?