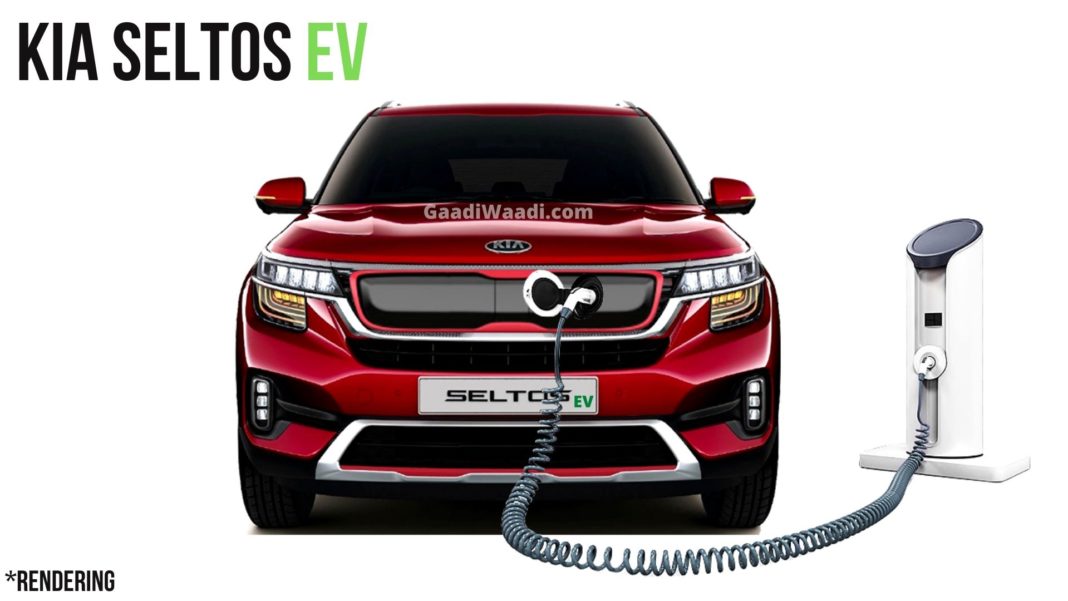 The upcoming Kia Seltos EV is expected to be offered in two variants – a standard version, as well as a long-range version, and the electric car will be launched later this year

With the ever-growing popularity of the Kia Seltos SUV, speculations regarding an EV based on the car were inevitable, since almost all manufacturers are planning to gradually shift to electric mobility. The fully-electric version of the Seltos is a highly anticipated car, and will certainly live up to its nameplate.

A document titled ‘Key New Model Launches by Region’ procured by IAB confirms Kia Motor’s plans to launch the Seltos EV in the second half of 2020. However, hold your horses, as the document also suggests that the car is only being planned for the Chinese market for now.

Just like the Indian market, the Kia Seltos also has a huge fan following in China. The country’s ongoing revolutionary shift towards EVs is making manufacturers work on developing fully-electric versions of their existing cars exclusively for the market, with plans to bring them to other countries at a later date. 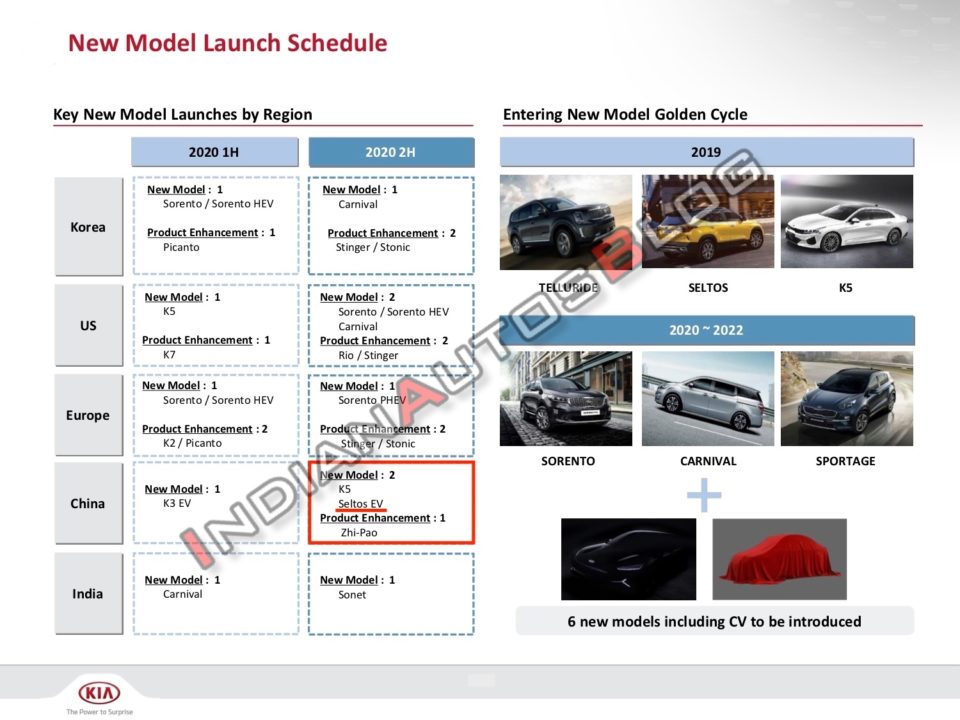 The Seltos is sold as the second-gen KX3 in China, and the country already has an EV based on the first-gen model of the said car. Hence, the Seltos EV will be launched there as a replacement for the current KX3 EV.

Powering the first-gen Kia KX3 EV is a 45.2 kWh lithium-ion battery pack which offers a range of about 300 km. It comes coupled to an electric motor that belts out 111 PS of maximum power and 285 Nm of peak torque. The new-gen KX3 will likely be offered in two different variants – a standard trim and a long-range version.

There are no plans to bring the Kia Seltos EV to India as of now, and the Korean carmaker is instead working on launching the sub-4m ‘Sonet’ SUV in the country this year, which would go on to compete against the likes of Maruti Suzuki Vitara Brezza, Tata Nexon, Ford EcoSport, Mahindra XUV300 and its cousin, the Hyundai Venue.

As of now, the Kia Seltos is retailed in the Indian market at a starting price of Rs 9.89 lakh, going all the way up to Rs 17.34 lakh (both prices, ex-showroom).