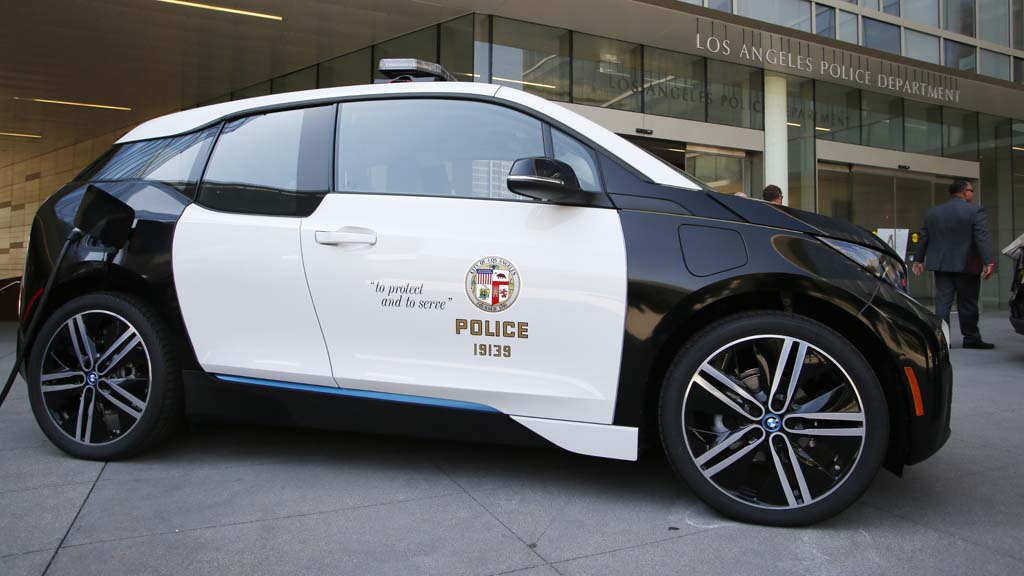 It is often seen that the UAE police use exotic supercars as their official issue vehicles, which comprises Mercedes Benzs, Lamborghinis, Porsches any several others. But an electric fleet for an entire police department is not something we have heard ever. As it seems, Los Angeles Police Department or LAPD is just doing that, as they have ordered the BMW for 100 i3s which will be included in the LAPD’s fleet of vehicles. The BMW i3 is a fully electric vehicle and these cars will work as the department’s non emergency fleet.

BMW i3 is a five door hatchback which was first introduced by the German automaker in 2013 and this car is sold alongside the BMW i8s under the sub brand BMW-i. The hatchback is powered by an all electric powertrain, unlike the BMW i8’s plug in hybrid powertrain. It is fitted with a 168 bhp peak power generating electric engine displacing 647 cc which is combined with a 22kWh lithium ion battery. The transmission duty is done by a single speed gearbox and the car is capable to run up to 130 kilometers with a fully charged battery.

Dimensionally the BMW i3 measures 3999 mm in length, 1775 mm in width, 1578 mm in height and 2570 mm of wheelbase. The automaker provides a range extender which can extend the cruising range up to 240 kilometers. Last year the BMW i3 became the third best selling electric car of the world, and it has also won two World Car of the Year Awards.

The LAPD has taken the decision to introduce these 100 BMW i3s to their fleet in an attempt to make the environment greener. Los Angeles Mayor Eric Garcetti believes with this initiative the local government will be able to deliver a message to the people about being environment friendly, and apart from that this initiative will also save the fuel and money, as he believes.