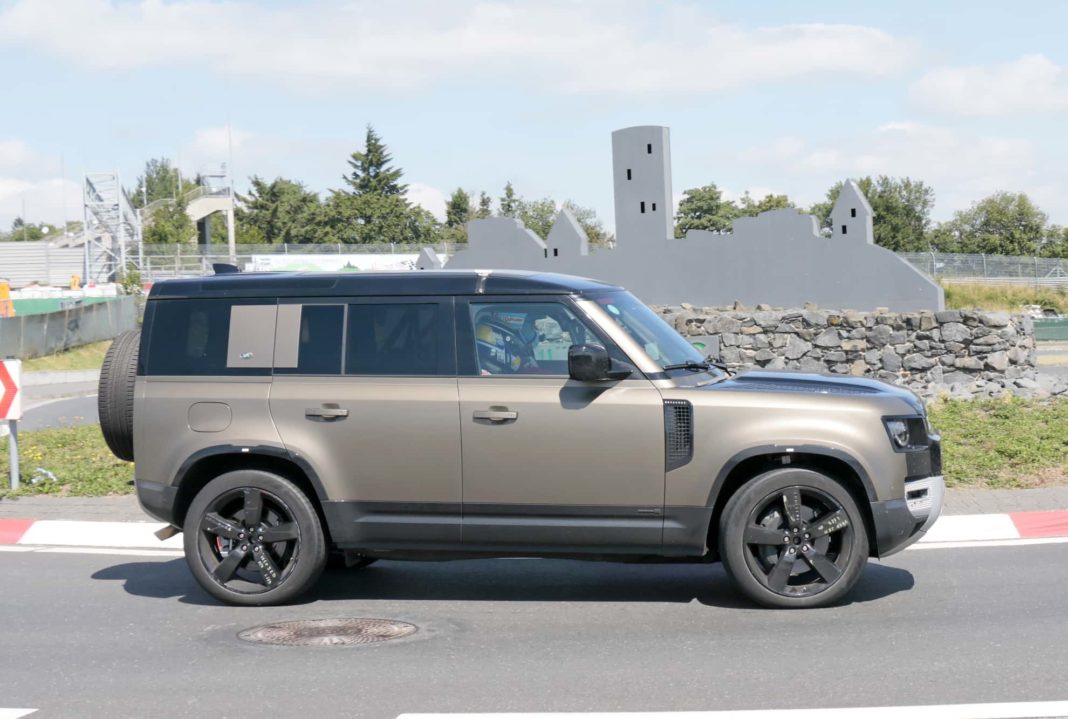 The Land Rover Defender is speculated to be powered by the same 4.4-litre twin-turbo V8 that powers BMW M5, M8, and X5 M

The new-generation Land Rover Defender was launched earlier this year in two variants – 90 and 110. The former is the three-door, short-wheelbase model, while the latter is the five-door, long-wheelbase version. It is currently available with only one engine option – a 2.0-litre, inline-4, turbocharged engine, which generates 294 PS and 400 Nm.

As per multiple reports, Land Rover will also add a 3.0-litre V6 petrol/electric hybrid powerplant to the range soon, along with a new V8 engine. This V8 motor is expected to be a 4.4-litre twin-turbo unit, sourced from BMW. While the German manufacturer can tune the engine up to a maximum power of 623 PS and a peak torque of 750 Nm, Land Rover might detune it down to 550 PS.

A test mule of the Defender V8 was recently spotted at Nurburgring, duking it out at the track. Even though it is a relatively heavy, off-road-ready SUV, it seems like Land Rover engineers have employed technology and trickery to allow the Defender to be able to handle a race track as well! If you listen closely with earphones on, the lovely V8 burble can be heard in this video.

With the Defender V8, Land Rover will compete directly with the Mercedes-Ben G63 AMG. The AMG G-Wagen is powered by a 4.0-litre twin-turbo V8, which is capable of generating 575 PS and 850 Nm. The transmission duties are handled by a 9-speed automatic transmission and transferred to all four wheels via ‘4MATIC’ four-wheel-drive system.

The 2021 Land Rover Defender V8 will be extremely luxurious, just like the current (2.0L) model. The interior is expected to sport a 10-inch touchscreen infotainment system, a 12.3-inch fully-digital instrument cluster, and a heads-up display. The seats will have leather upholstery and the dashboard design will be simplistic and utilitarian, with a handle for the front passenger to hold when the going gets tough. 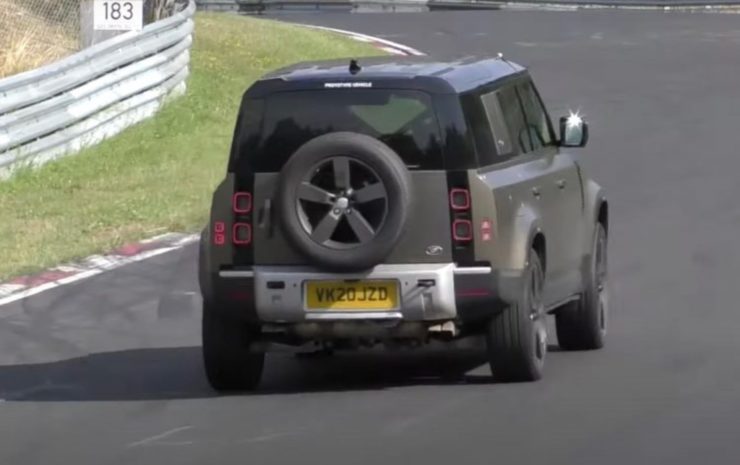 The ‘90’ has a 5-seater configuration, but can be had as a 6-seater with a middle seat in the front row. The ‘110’ is available as a 7-seater only. The exterior of the Defender has a lovely, retro-inspired theme going on, with its boxy silhouette, the rectangular headlamps, and the square multi-unit taillight design. There is no confirmation yet about the V8’s launch, but we expect news to drop soon, so stay tuned!