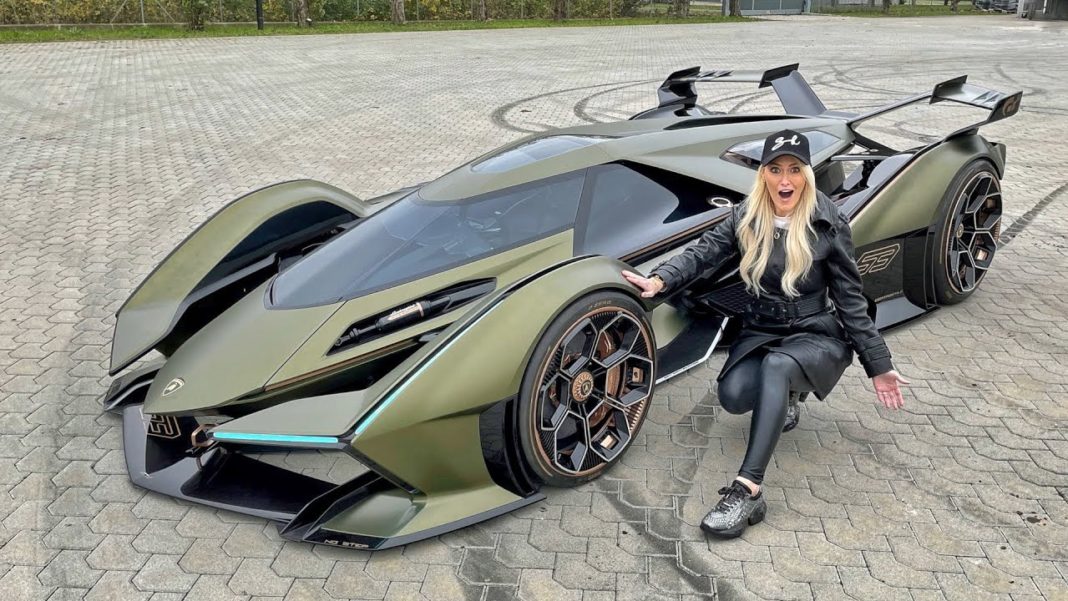 The Lamborghini V12 Vision GT was designed exclusively for Gran Turismo video game, and we see its only physical prototype on video here

Lamborghini is well known for its outlandish limited edition models, like the Veneno and Sesto Elemento, and even its regular production models are things of beauty, deserving a spot on the bedroom walls of automobile enthusiasts all over the world. However, not all Lambos are built for the real world; the most insane Lamborghini model ever built can only be driven in a video game!

The Lamborghini V12 Vision GT made its debut last year, just before the 2019 FIA-certified Gran Turismo Championships, for Gran Turismo racing game on Sony Playstation 4. The manufacturer did build a single unit of the vehicle in real life, as a concept car. Supercar Blondie managed to get her hands on one, and she made a walkaround video of it.

The design of the V12 Vision GT is quite alien, even by Lamborghini standards. The car has a single-seater cockpit, with a unique silhouette. At the rear, we see a giant Y-shaped wing, with integrated LED taillights. Below that, there is a massive diffuser, along with twin three-pipe exhaust system. The engine bay is open, which stands out in this otherwise aerodynamic design.

At the front, the vehicle gets tri-arrow-shaped LEDs, integrated onto the floating front fenders. There is a front lip spoiler, and the entire car sits super-low, much like a go-kart. The wheels, blacked-out with gold accents, are extremely beautiful. The disc brake callipers on all four ends are gold-finished as well.

The car sports ‘63’ markings in vinyl on the body, which was to commemorate 63 years of Lamborghini (in 2019). The powertrain of the V12 Vision GT is the same as the Lamborghini Sian. This 6.5-litre, naturally aspirated V12 engine is capable of generating 774 HP, and is paired to a 7-speed ISR transmission. 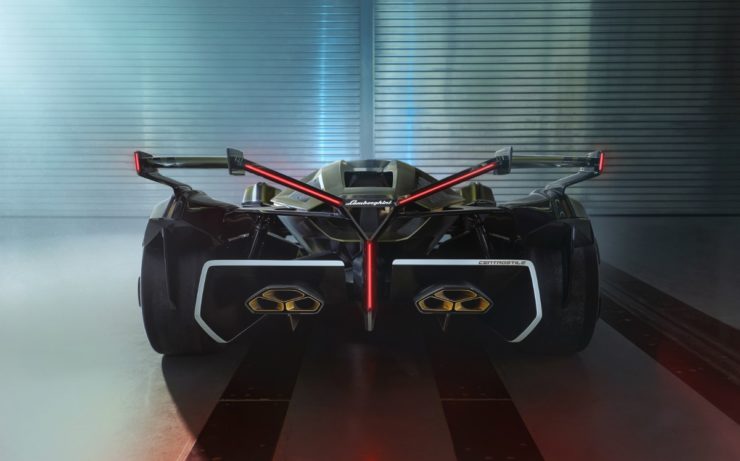 There is also a 25 kW electric motor on board, which pushes the combined output to 807 HP. The electric motor draws power from a supercapacitor instead of a battery pack, and this technically qualifies as a mild-hybrid vehicle. In the video game, the engine sound can be heard, and the V12 sings a beautiful song at full clip.