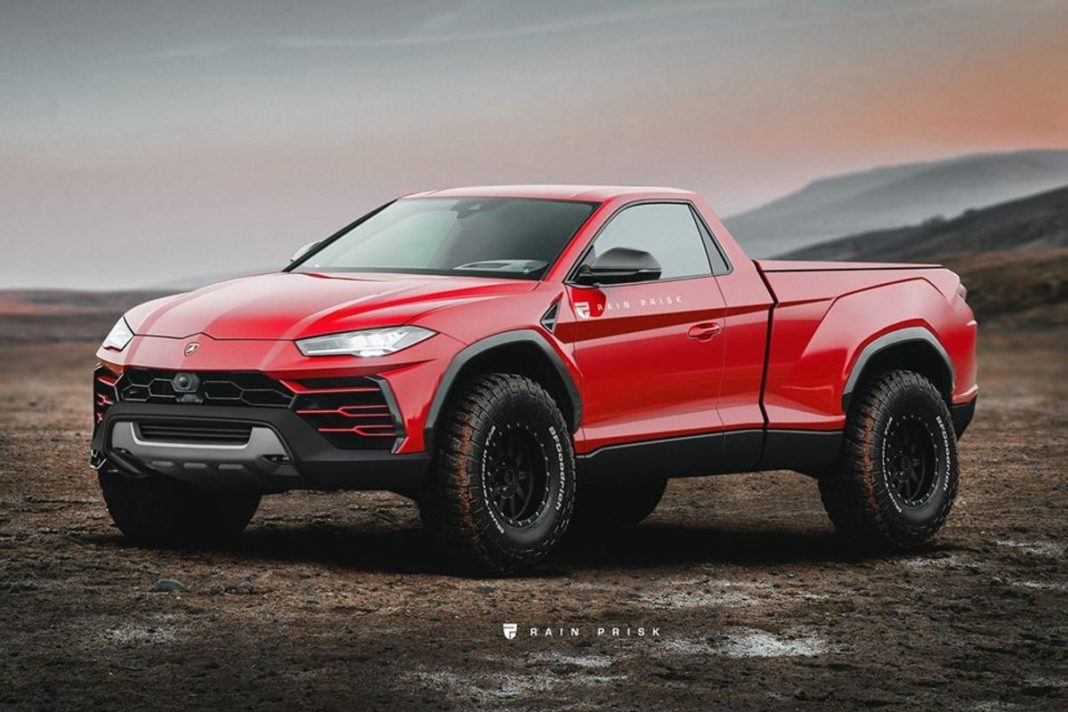 The pickup truck is one of the segments, which is not yet caught the mind of the majority of people around the world but it is so popular in America. If Lamborghini decided to enter this segment with Urus, the production model would like this rendering by Rain Prisk. The design of the Urus pickup model is similar than the SUV.

When Jeep decided to do a pickup version of its popular Wrangler SUV, they have carried over most of the design cues from the SUV. Just like that the front design of the Urus pickup model is exactly similar to the SUV and it is a single cab variant while the second row has been removed and converted to a cargo area.

The ground clearance of the pickup is slightly higher compared to SUV and it rides on knobby off-road tyres, which will give the pickup more traction in off-road conditions. The interior might get the same flashy design from the SUV with all the features and technology, which will make the pickup stand out from other models. 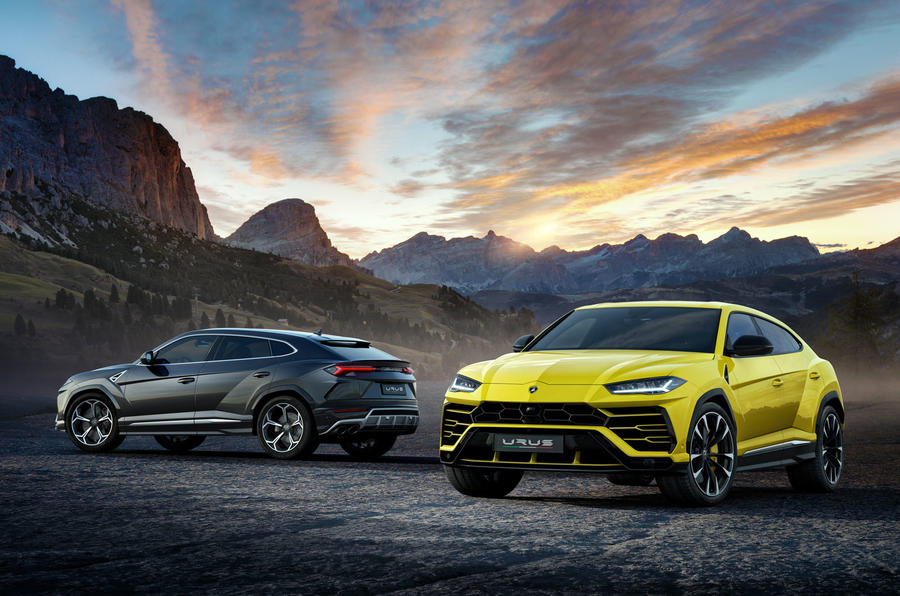 We are not expecting the Italian manufacturer to enter the pickup segment anytime soon but some owners might fancy modifying their SUV into a pickup truck with the help of a coach builder. The removal of the second row and seat will reduce the structural rigidity but extra reinforcements will address the issue.

The Urus is based on the advanced MLB Evo platform, which underpins so many premium SUVs from Volkswagen group and it is powered by a 4.0 L bi-turbo V8 petrol engine producing 650 PS of power at 6,500 rpm and 850 Nm of torque between 2,250 rpm and 4,500 rpm. The power is sent to all four wheels via an 8-speed automatic gearbox.

The performance numbers of Urus is mind-blowing as the SUV can hit 0-100 kph in just 3.6 sec, which is quicker than Bentley Bentayga Speed and top speed is 305 kph. Like its supercars, the company is offering six different driving modes – Strada, Sport, Corsa, Neve (Snow), Terra (off-road) and Sabbia (Sand).  The Plug-in Hybrid and EV variant of Urus is expected to arrive in future.