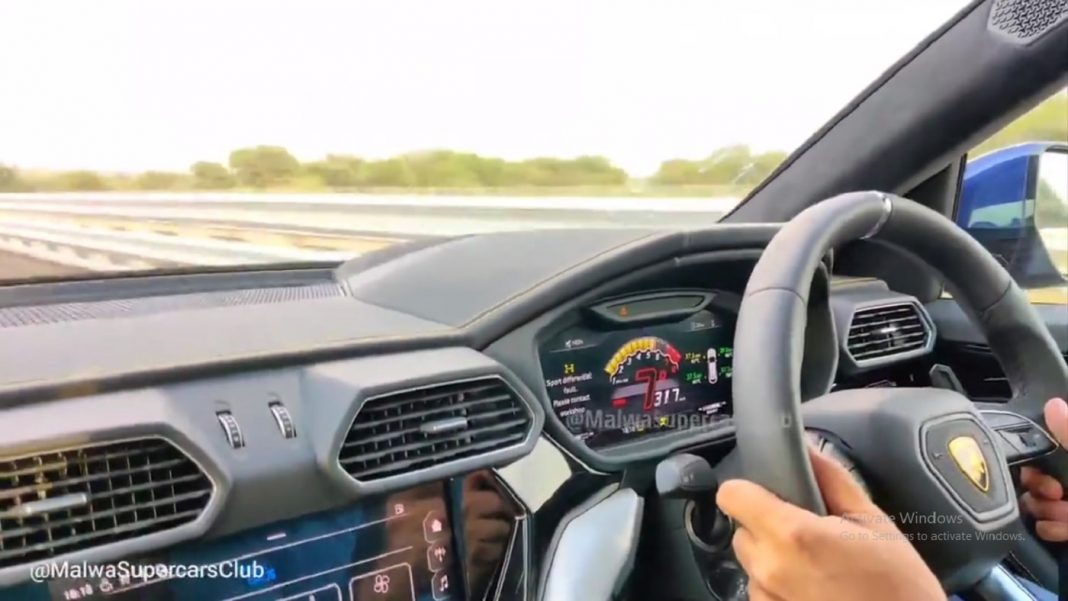 Lamborghini Urus has showcased its velocity on the last year’s sales tally. Well, here it is showing its power on Asia’s fastest test track

SUVs are the new normal now. Almost every car market has SUVs of different sizes. While they were once considered as vehicles meant to cover treacherous paths, there are Super SUVs on sale now. These machines can clock top speeds northward of 300 kmph without breaking any sweat. Well, they do look gorgeous too. However, the highest-selling product from this class in the Indian market is the Lamborghini Urus. Well, here’s a video that shows this super-SUV doing fast speeds with ease.

The video comes from the YouTube channel of malwasupercarsclub. This example belongs to Nipun Aggarwal. The top speed attempt was made at Asia’s longest test track, situated in Pithampur, Madhya Pradesh. The test track has been developed by the National Automotive test track (NATRAX).

During the attempt, Nipun could manage to do speeds of over 300 kmph, 317 kmph to be precise. Sadly, this claim is still an unofficial one as no record evaluation is performed yet. The video starts when the Urus was already doing 270 kmph with 6th gear engaged. Then it slowly starts to show increments on the speedometer.

Interestingly, the officially claimed top speed for the Lamborghini Urus is 305 kmph only. Powering the Lamborghini Urus is a V8 petrol motor that churns out 650 PS and 850 Nm. This engine comes mated to an 8-speed automatic from ZF that can send power to all four wheels. That said, the Italian SUV can do a 0-100 kmph sprint in just 3.6 seconds with a kerb weight of 2.2 tonnes. Also, the V8 motor isn’t naturally aspirated. It breathes via twin turbochargers’ forced induction, instead.

The Urus sits quite high off the ground,  and thus, it is the most practical Lamborghini ever, keeping aside the LM002. But the folks at Lamborghini have crafted the Urus with enough sharp creases and lines to make it look ravishing. 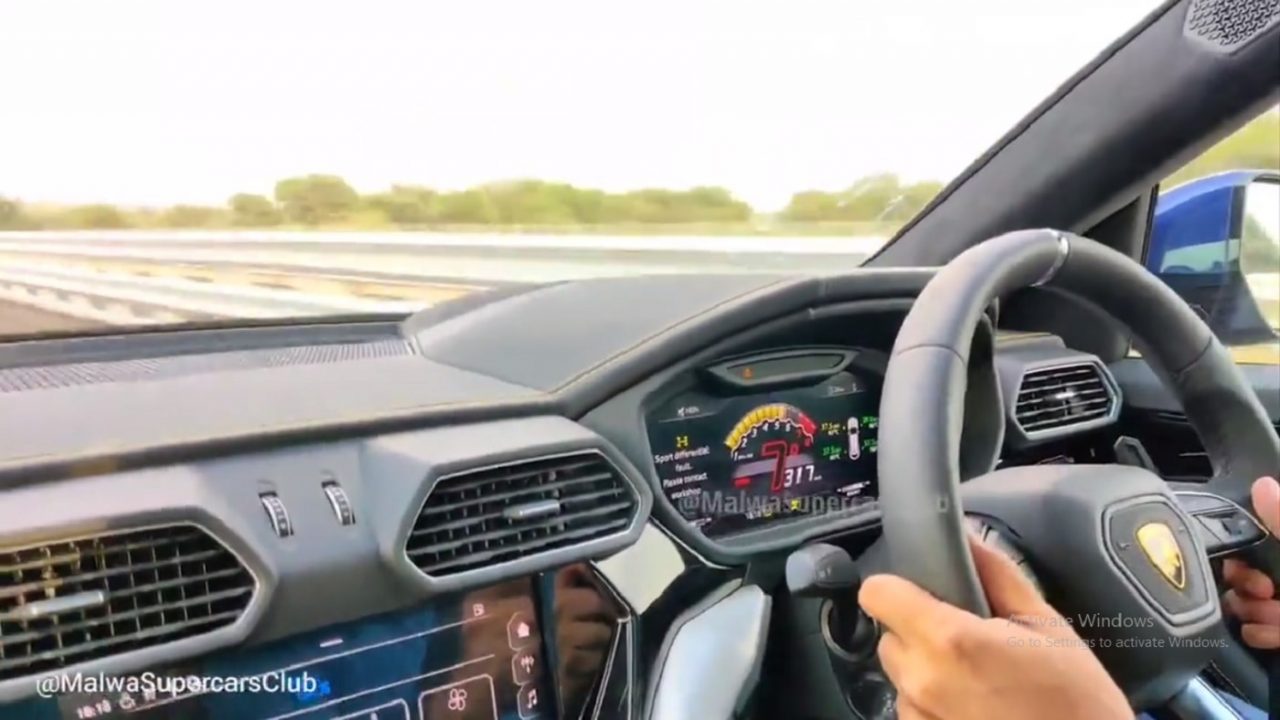 Talking of the NATRAX test track, it will be accessible from most OEMs. According to the authorities, the test track is designed for speeds up to 375 kmph. It is also the safest test track in the world with a 16-meter wide road.